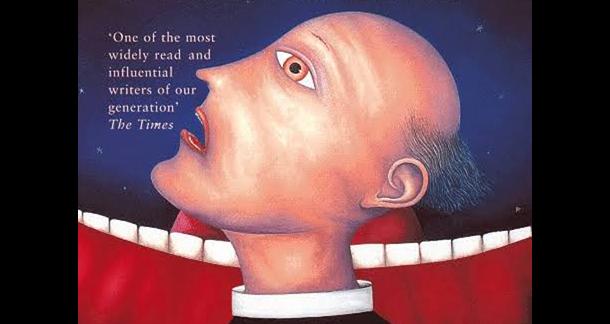 Roald Dahl would have turned 102 years old this month. The beloved British author, who passed away in 1990 at the age of 74, delighted readers around the world with such novels as James and the Giant Peach, Charlie and the Chocolate Factory, and Fantastic Mr. Fox. It’s also worth noting that his zany 1943 children’s book, The Gremlins, is cited as the original inspiration for Steven Spielberg’s 1984 blockbuster film, Gremlins. While most of us are familiar with Dahl’s popular titles for children and their subsequent film adaptations, his lesser-known forays into horror and the supernatural have been equally successful.

Dahl, a prolific writer, won three Edgar awards for his gruesome short stories, which often appeared in prominent publications such as Playboy and Harper’s Weekly. His most famous horror short was “The Landlady”. Originally published in The New Yorker in 1960, the plot involves a teenager traveling alone in England who stops for the night at a deserted bed-and-breakfast decorated with taxidermy. The apparently senile woman who runs the establishment turns out to be harbouring a terrible secret that doesn’t bode well for her only lodger. While the original ending was supernatural in nature, Dahl felt it didn’t work as well as he hoped, so he changed it to something more realistic but no less chilling. The story netted him his second Edgar award and has been adapted for television several times since its publication.

Perhaps his most horrifying story is “The Swan”. Two teenage bullies—one of whom has just acquired a rifle as a birthday present—run into a helpless young boy named Peter while they are out hunting rabbits. They torture Peter and try to force him to retrieve ducks from the water after they’ve been shot. When Peter refuses, they shoot a swan instead, cut off its wings and attach them to Peter’s arms. At the risk of spoiling the ending, let’s just say it gets more bizarre and grim from there when they ‘teach’ Peter how to fly at gunpoint.

Another popular story of Dahl’s is “Skin” (1952), also published in the New Yorker, which involves a man who has a portrait of a beautiful woman tattooed on his back. The picture is so stunning that numerous people want to own it. The not-so-small problem of how to remove it from his body after purchase becomes the crux of the story.

Dahl also considered himself a connoisseur of ghost stories. In 1983, he published a book of classic spooky tales with the unimaginative title of Roald Dahl’s Book of Ghost Stories. He selected fourteen of what he considered ‘the best’ from the British Museum collection of over 700 ghost stories.

Dahl wasn’t limited to published fiction in his horror efforts. Anyone who watched the original version of The Twilight Zone on American television in the early 1960s might recall another show that preceded it with a lankier, creepier version of Rod Serling as its host. CBS hired Roald Dahl to host a horror, sci-fi and fantasy show called Way Out. It was an attempt to capitalize on the success of The Twilight Zone, which had first aired two years earlier. Only one of Dahl’s stories, “William and Mary”, was adapted for the show. That macabre tale involved a man who dies of cancer, but his brain is kept alive in a jar of isotonic solution by the doctor. His formerly oppressed wife is initially saddened at his death, but then proceeds to start her life anew while torturing her domineering husband’s jarred brain. The show was very popular in urban centres, but only survived for fourteen episodes before it was cancelled due to low ratings in the rural areas.

How could such a light-hearted children’s author spend his spare time dabbling in such grisly subject matter? Dahl suffered a traumatic childhood that many have suggested was responsible for the dark undercurrents in his writing. His sister and father both died of disease when he was very young. He was shipped off to boarding school and his recollections of the experience were recounted in his autobiography, Boy (1984). In this book, he recites many tales of corporal punishment and describes his time at boarding school as ‘a living hell’. The impact of him being caned as a child remained with him for the rest of his life. He also served extensively in WWII as a fighter pilot and detailed the many horrors he had seen while in combat in his writing and interviews.

However, anyone who reads much children’s literature knows that it can often hold darkness beneath the whimsical exterior. Roald Dahl’s career is a great reminder that, as writers, we should never allow ourselves to be pigeon-holed into one genre by other people. And more importantly, we shouldn’t be the ones restricting ourselves.