The Heavy Hand of Didacticism 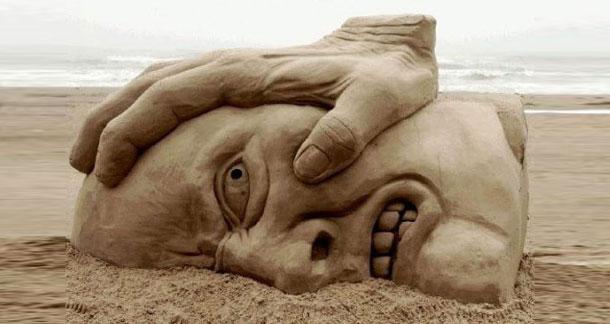 It seems the deeper the thought, the less description is required. I don’t know what lines or passages in stories do it for you, but I can guarantee you didn’t have to reach for an encyclopedia to hit that spellbound moment.

Many beginning writers forget about this. They’re so wrapped up in the novelty of writing they often lose sight on what makes these investigations special in the first place. Instead, their early descriptive efforts are littered with pointlessly pedantic derailments or instructional intrusion because they aren’t convinced the reader will understand what’s going on. This is the practice known as didacticism, or a writer’s proclivity to be overly explanative, making the work appear as an educational guide instead of a means of enlightenment. As pedagogical as it seems, it’s actually a practice found most often in beginning writers’ work. Simply put, it’s the writer’s habit of making an overbearing presence in the story, where heavy-handed gestures are made either at the plot or the story’s central meaning. And it can kill an otherwise strong story very quickly.

One of the most common behaviors I’ve noticed in first drafts is a tendency to litter the plot with lengthy passages of a writer’s inner thoughts. In other words, a scene simply showcases the writer talking to him/herself instead of delivering the narrative fundamentals to show us what’s going on. How many times have you read a story where a scene is interrupted with a jarring bit of internal dialogue such as: “What would Rick do, now that he discovered his wife had cheated on him?” I don’t know: why don’t you show us? This habit rears its head in other ways too. Out-of-place witticisms and inappropriate irony find their way onto the page, the voice is self-conscious and ill-fitting, and all the wrong things are described — and invariably, they’re described for a beat too long. Unfortunately, for many beginning writers — myself definitely included — this practice has an embarrassing habit of making us look like shut-in schizophrenics, no matter how sound-of-mind we may be otherwise.

More than anything, there’s almost always an aesthetic insecurity afoot in this practice, a tip-toed compulsion to assume writers must explain every little detail in order for the reader to “get it,” when the best route instead would be to let the dialogue and the characters’ actions speak for themselves. It simply isn’t necessary, for example, to tell us that “Rick was pissed after catching his wife in bed with another man,” when you’ve laid down the descriptive and dialogue fundamentals to show us this is something that would definitely leave Rick pissed. And while it’s usually not the writer’s intention, pocking your prose with needless instruction reveals a mistrust in your reader’s ability to comprehend what’s glaringly obvious. Worse however, is the fact that for the reader, the same rule applies: when the narrator feels a compulsion to let us in on every little detail, it’s by dint of the assumed notion that he/she essentially has no faith in his/her own storytelling authority.

When the story is slightly more complex, this officious narrative habit can manifest itself when the writer begins repeatedly making heavy-handed hints at the overarching theme behind the story. You’ll see this in work submitted in MFA programs all the time. Stories begin wearing their symbolism on their sleeve; there’s a self-conscious effort by the writer to explain the metaphorical Easter eggs they’ve littered throughout the work, and the result is always something clumsy and embarrassingly pedestrian. Imagine if the train in “Hills Like White Elephants” was titled “Abortion Express,” or if the couple in the story was drinking “back alley” beer. When the writer begins repeatedly sharing winks with the reader over the story’s thematic armature, those metaphorical suggestions you’ve spent so much time crafting can no longer do their intended behind-the-scenes lifting. And while it may not be your intention, this habit has a nasty tendency of telling us you’re desperately trying to prove how clever you are.

To be clear: reserving your explanative proclivities is not an attempt at literary ambivalence. On the contrary, it’s an exercise in clarity. Writers should rely on real, accurate, visual, concrete concepts and characteristics so you can hook readers with a specific and then bring them to the abstract. It’s also an exercise in trust. Don’t worry about our ability to decode the thematic. The human mind is designed to see patterns. You don’t have to reveal the wizard behind the curtain in order for us to pick up on the symbolic ideas orbiting a story.

Readers get to the big ideas from the small. Consider this interesting paradox: the more abstract a concept, the more the listener has a tendency to specify it so as to make it applicable to his/her own life. By contrast, the more specific a concept, the more the reader has a tendency to abstract it so as to decode its overarching meaning. So don’t wallow in the abstract, and don’t explain with a heavy hand. It’s the writer’s job to enlighten. More often that not, this means you just need to let the facts speak for themselves.