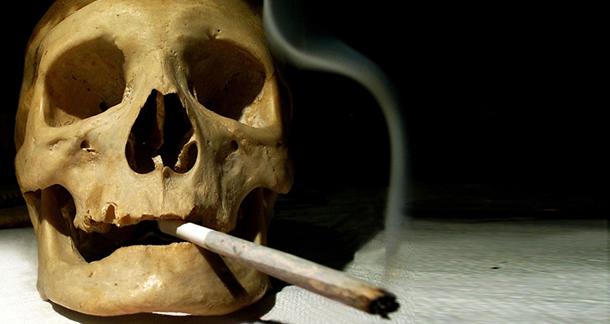 I’m on the floor of my office pouring sweat. I’m grinding my teeth, my lower back twists with cramps. I’m shivering. I want to wrap myself in a blanket, but from experience, I know the minute I drape it over my shoulders, I’ll be burning hot again. I remind myself this is only temporary, it will pass like a queasy wave of ammonia and white-hot irrational anger.

All of this feels way too familiar.

It feels like I’ve been subjecting myself to this thing called the end of the line.

Bukowski, Thompson, PKD, Burroughs, Faulkner, I think I’ve mentioned before what ASSHOLES those guys are. But in case I haven’t said it, I’ll say it now: ALL THOSE GUYS WERE MEGA-ASSHOLES.

And now this final addiction.

To be blunt, quitting booze wasn’t all that tough for me. Every time I took a drink, my stomach burned and sizzled for hours after it passed my lips. I knew that my job at the time was the cause of the pain, not the booze. Booze was easier to give up than the job. Funny how the job didn’t think so. I was laid off six months later along with two thousand other people. I didn’t start drinking again other than the obligatory drink at a friend’s birthday or housewarming party, and most of the time I just let them grow warm in my hand and dumped them down the drain when no one was paying attention to me.

Oh, wait, this is supposed to be about writing, ain’t it?

Believe it or not, it is about writing.

This is what happens when you take that whole write-what-you-know thing literally.

Remember, kids, your education is important, mainly because it teaches that writing what you know is a giant bag of dog shit.

I’d been in the desert and living with a bunch of hippies I barely knew because the people that knew me best were trying to kill me.

That’s a bit of an exaggeration. No one had been trying to kill me except myself, and my friends were there to make sure I had a good time doing it. The thing was, I’d always read you needed to separate yourself from the old, familiar faces, so that’s what I did. Moved from the mountains to the desert and started a new life with a bunch of rainbow kids. The deal was I paid $60, I could live in the old barn down at the far end of the rented property.

I spent all of a week sleeping in the barn before it started getting too cold—that’s what you get with the desert, you rarely have a Goldilocks moment, it’s always either too hot or too cold—and I got tired of swatting at the scorpions. I still spent most of my days down there, slumped on a rusting metal office chair, smoking joint-after-joint of bad brown Mexican weed that stunk of cow flop and gasoline. It was noxious stuff, but it did the trick. The chair I used was uncomfortable as shit, but I wasn’t about to sit on the yellow dirt because of the aforementioned scorpions.
I failed to mention the black widow spiders and snakes, didn’t I? Well, we had a lot of both of those, too.

What killed me about shrugging off crank and smack was how boring everything was.

The moon, the stars, the sun, the too blue clear winter skies—boring.

And people, people were the fucking worst.

When you first kick a major habit(s), your tolerance for people goes right out the window, and to be honest, my patience for them hasn’t ever returned, nor do I doubt it ever will.

Same thing goes for the boredom.

Certain things made it not so boring. Weed warped my sense of reality enough that I didn’t mind dealing with people. The MASSIVE amounts of LSD we took at night also did wonders for keeping things interesting. It was the hours between the trips and the joints that dragged. The hours that left me itchy, waiting for something, anything to happen.

But all that ever happened was the wind billowing alkaline clouds of dust, spinning into giant dust devils that I was positive would turn into a tornado.

So here’s today’s writing lesson: Don’t use yourself as a walking, talking chemistry kit.

Bukowski, Thompson, PKD, Burroughs, Faulkner, I think I’ve mentioned before what ASSHOLES those guys are. But in case I haven’t said it, I’ll say it now: ALL THOSE GUYS WERE MEGA-ASSHOLES.

And they were assholes because of their vices. The very thing that made them somewhat interesting was their use of various substances. Without them, they were nothing but shy young boys who would get red in the face if you mentioned boobies. More or less, these aren’t the kind of dudes you want as your heroes. You don’t want to emulate them, and every single one of them: Boring, hopeless assholes.

His crazy ass would’ve been interesting no matter what.

Oh, in case you were wondering, my final habit is cigarettes. All the recent pains and sweat-soaked nights are because I’ve eliminated the one habit that’s made it the longest, and unfortunately, I’m dead sober and they only relief I have is time. A time where I don’t think about nicotine or speed or booze or smack every second of the day.

A time where the only pain I’ll have is the ghost of it.

Oh, one last thing. All my drinking and drugging, I think I’ve published all of three essays about the subject and barely any of my experiences have made their way into my fiction.

So much for providing inspiration, right?