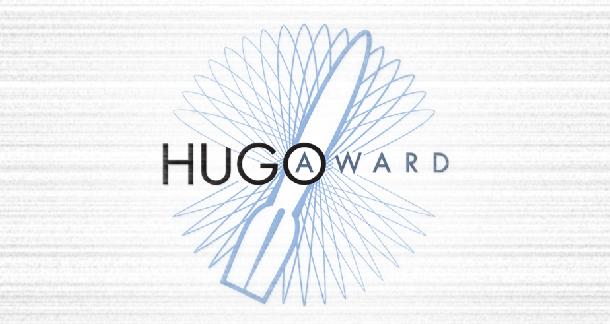 In just a few short days, the 2014 Hugo Awards Ceremony will take place at Worldcon, held this year in London. For those of you who don’t know, the Hugo is one of the top honors awarded to Science Fiction and Fantasy works. Unlike the Nebula Awards, which can only be voted on by members of the Science Fiction Writers of America, and the World Fantasy Award, which is awarded by a judges panel, the Hugos are the most populist of the major awards. Voters must have a membership to the current or most recent Worldcon, but since Worldcon always sells non-attending memberships (largely so people can vote), it’s essentially open to anyone wanting to pay the fee (which at the moment is $40 US).

Things came to a head this year with a controversy over nominations. Larry Correia, author of the Monster Hunter series of novels, had alleged that Hugo voters were biased toward the left end of the political spectrum (Correia himself falls on the right). As a result, he encouraged his fans and others to vote for a recommended list of authors which included other writers on the right. So did conservative writer Vox Day, whom I mentioned in a previous column on SF controversy. Correia gives his side of the situation here.

Larry Correia...alleged that Hugo voters were biased toward the left end of the political spectrum... As a result, he encouraged his fans and others to vote for a recommended list of authors which included other writers on the right.

Their plan seems to have worked, as can be seen in the results further down in this post. Writers that Correia and Day recommended, including Dan Wells and Brad Torgersen, made the final ballot.

Now it bears mentioning that what Correia and Day did was perfectly allowable by Hugo voting rules. Essentially they just exploited the normal nomination process. In fact, some people have said that this is what generally happens, just behind the scenes. Whether it’s appropriate or not is a matter of opinion.

A second, more minor controversy arose with the nomination of The Wheel of Time as a single work. The series spans 14 volumes (not counting additional related works) and has been written by two authors (Robert Jordan and Brandon Sanderson). But apparently the rules of the Hugos allow for a series to be nominated as a whole if no single entry in the series has been nominated previously.

This latter controversy pales in comparison to the first one mentioned if only because figures like Correia, and specifically Day, are polarizing figures in the genre. The fact that Vox Day repeatedly writes offensive things about women, other races,  and rape victims understandably fans the flames.

I’m not going to weigh in too heavily with my personal views except to say that they line up pretty well with Kameron Hurley’s. But for a complete list of posts about the controversy (and there are an awful lot), check out this page, starting from the bottom.

One thing that should be noted, though, is that these nominations, for one of the most prestigious awards in the science fiction and fantasy world, were the result of less than 2000 ballots. And that’s for the Novel category. The other categories often had less than 1000 ballots.

Here are the nominees for this year’s Hugo Awards (along with the ballot counts and any notes as taken from the official Hugo Awards site:

Note: The Wheel of Time series was nominated as and ruled to be a multi-part serialized single work, as defined in Section 3.2.4 of the WSFS constitution.

▪ “The Waiting Stars”, Aliette de Bodard (The Other Half of the Sky, Candlemark & Gleam)

Note: Category had only 4 nominees due to the minimum 5% requirement of Section 3.8.5 of the WSFS constitution.

▪ Queers Dig Time Lords: A Celebration of Doctor Who by the LGBTQ Fans Who Love It, Edited by Sigrid Ellis & Michael Damian Thomas (Mad Norwegian Press)

▪ “We Have Always Fought: Challenging the Women, Cattle and Slaves Narrative”, Kameron Hurley (A Dribble of Ink)

▪ “The Girl Who Loved Doctor Who”, written by Paul Cornell, illustrated by Jimmy Broxton (Doctor Who Special 2013, IDW)

▪ The Meathouse Man, adapted from the story by George R.R. Martin and illustrated by Raya Golden (Jet City Comics)

▪ An Adventure in Space and Time, written by Mark Gatiss, directed by Terry McDonough (BBC Television)

▪ Doctor Who: “The Day of the Doctor”, written by Steven Moffat, directed by Nick Hurran (BBC Television)

▪ Doctor Who: “The Name of the Doctor”, written by Steven Moffat, directed by Saul Metzstein (BBC Televison)

▪ The Book Smugglers, edited by Ana Grilo and Thea James

▪ A Dribble of Ink, edited by Aidan Moher

▪ The Writer and the Critic, Kirstyn McDermott and Ian Mond

Note: Category has seven nominees due to a tie for the final position.

The John W. Campbell Award for Best New Writer (767 nominating ballots)
Award for the best new professional science fiction or fantasy writer of 2012 or 2013, sponsored by Dell Magazines. (Not a Hugo Award, but administered along with the Hugo Awards.)

*Finalists in their 2nd year of eligibility.

Some personal thoughts on the works

I  didn’t read everything on the Hugo list just because not all of it was freely available and some of it (The Wheel of Time alone) was just too long. But I did read all of the Short Story and Novelette categories.

It’s a short category this year since a nominee must have at least 5% of the vote to be on the ballot and only four nominations qualified. The thing that struck me most about these stories is that the focus, in each of them, is on emotion and relationships. In Samatar’s “Selkie Stories Are For Losers,” it’s about a young girl’s relationship with her mother and a burgeoning romantic one. John Chu’s “The Water That Falls On You from Nowhere” deals largely with a young man coming out to his traditional Chinese family. “If You Were A Dinosaur, My Love” is a story of love and sadness and wishes and horror. Only “The Ink Readers of Doi Saket” stands apart in that it's more of a meandering, and at times whimsical story, about a village and the wishes that its inhabitants send down the river. Swirsky’s “If You Were a Dinosaur, My Love” won the Nebula award but I would give this one to Chu.

Like the Short Story category, the memorable stories in the Novelette category all evoke strong emotion, whether it’s the bond between an astronaut woman on Mars and her ailing husband in “The Lady Astronaut of Mars” or the impossible choice between love and family in “The Waiting Stars.” I generally love Ted Chiang’s stories, but while “The Truth of Fact, The Truth of Feeling” deals with the fascinating way in which we deal with language and memory, it felt a bit clinical to me compared to its ballot-mates. Likewise, Brad Torgersen’s “The Exchange Officers” felt like it lacked depth as it was more of a straightforward, plot-heavy tale about future drone-operators defending a space station from the attacking Chinese. The only one I wasn’t able to read was Vox Day’s “Opera Vitae Aeterna,” since the link that he provided on his website was no longer functioning. Since his was one of those considered controversial, I was interested in judging it on its merits but was unfortunately unable to do so. In this category I'm guessing the award will go to Kowal or Chiang, though I think Kowal's packs more of an emotion punch.

Those are all the stories I have read, though I will point out that I did a Bookshot for Mira Grant’s nominated novel, Parasite, on this very site.  I’ve provided links above to the works that are available to read for free. If you find yourself interested, I’d love to hear what you think of them.

Have you read any of these works? Have any picks? Have an opinion on the controversy? If so, let me know in the comments.

The Hugo Awards will be given out August 17th at Loncon 3 in London. I’ll try to post the winners when they’re available in the comments.

Joshua Chaplinsky from New York is reading a lot more during the quarantine August 13, 2014 - 12:47pm

Whether your politics are whatever, I don't get how that's relevant to nominations. (Just so you know, I'm politically liberal.)

But I have no interest in supporting such a business that supposedly doesn't allow candidates that have different politics of their own.

If You Were a Dinosaur, My Love was one of those stories that caught me off guard. One of the rare ones that I read and after recovering from the end wish I had wrote it.

It isn't about "allowing" candidates, or nominations. It's about what qualifies under the rules, which are nonpartisan. You pay your $40, you vote for whomever you want. They get enough votes, they're nominated. Boom. Apparently more liberals than conservatives have been voting in the past. Which isn't descrimination, just... the way the cookie crumbled, I guess.

I gagged several times while reading the linked articles and blog posts. I think I threw up a little.

I can see why Vox Day was nominated. He is clearly adept at presenting fantasy as fact.