The Good, The Bad, and The Ugly of the Shitty First Draft 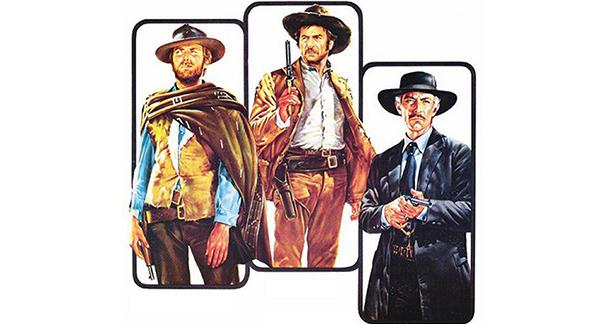 Right now, I’m revising a shitty first draft of a short novel. It’s a pain because I pretty much have to rewrite the whole thing, but what's great is I don’t have to think too much about the plot. I’m switching the POV from third person past tense to first person present tense. I’m focusing more on the language this time around, because I know my story and my characters. I am experiencing the best and worst parts of writing a shitty first draft.

I appreciate and envy the writers who don’t have to write multiple drafts. They write a solid draft and are about 80% done with the book. But there are few authors who can do this that are actually good writers. The writers who can knock that first draft out of the park have usually been writing for a long time and have published tons of stories. For the rest of us, drafting is a necessary evil.

The surest way to get a draft down is to write a shitty first draft. It’s a draft for you, only you. Showing a reader, agent, or editor a shitty first draft pretty much ranks up there with a proctology exam. Most writers cringe at the idea. They are not wrong, but there is so much good that can come out of writing that shitty draft. There is also a lot of bad and downright ugliness that comes from writing one. So let’s take a look at the good, the bad, and the ugly of the shitty first draft.

Aspiring writers wanting to get a novella or novel under their belts would do well to embrace the shitty first draft.

You have an actual manuscript completed! Finishing a book means you actually have a shot at making it better and publishing your work. Congrats, you got something done. Even though the language probably sucks, you have a pretty good story. You created real characters and an engaging narrative. What you also have is a book that needs two to three more drafts. The book might read like a detailed outline or a bare bones Hemingway impression, but you are feeling pumped to start the next draft. There are no major story problems, just little plot point tweaks that need to happen as you redraft. Your main focus on the next pass is the language and characterization. Your story and its themes are pretty, pretty good.

You finished your draft to learn that the story didn’t really start until the third act. At least you finally know who your protagonist is, what their flaws are, and how they need to change by the final scene. Yeah, you have a draft that can’t really be revised, but at least you know your story. Basically, this draft was the equivalent of writing an outline, and now you are ready to write the story for real. Could you have written a better rough draft if you started with an outline? Probably, but hopefully you wrote your shitty rough draft fast. Yeah, this round went badly, but it's not so bad— you at least know where to go with it.

Shit…sorry, but you just wasted a bunch a time on a story that is complete shit. There is nothing in the draft worth pursuing. You just wrote 20,000 to 80,000 words of pointless masturbatory nonsense. You are already sick of the idea and the characters. You learned there is nothing for your reader to care about. Through this shitty first draft, you learned that you need to have some idea of what you are writing and whom you are writing about before you start. When writing the shitty first draft, there is always the risk of writing something awful and not salvageable. This is rare, but sometimes writers need to be humbled to respect the craft of storytelling. Writing a shitty aimless first draft will bring that much-needed humility.

To Write A Shitty First Draft Or Not?

I am acquainted with "The Ugly".  I think I am just going to go ahead on that shitty first draft. This was pretty damn funny by the way. I enjoyed it. It was right on target. Nice work. Thanks.

Thank you. It was fun to write.

I got my Shitty First Draft done! I think it might even fall somewhere between Good and Bad... which is good!

Now I'm getting started on the rarely spoke-of 2nd Draft and I'm feeling a little inexperinced and unsure how to proceed. I committed myself to completing 5 drafts, each focusing on something different:

Do any of you guys have tips, tricks, or suggestions on how to write subsequent drafts? 1st drafts are fun, but 2nd drafts on forward seem much more like work. Thoughts?

That is a great plan. I noticed when I do up to 5 drafts following that formula of fixing different things in each draft, the book is good to go after the fifth draft. I had one book that had a great story and character but I only had time to do three drafts; the book is ok but it could have been really good to great if I did 5 drafts. Good stuff!

Cool! What about Beta Readers? Where do they fit in? And what feedback should I ask of them?

Beta readers or an editor or usually best after the 3rd draft. They will tell you if the story and voice are working or need fixing.

After 3rd draft. Sweet. Thanks again!