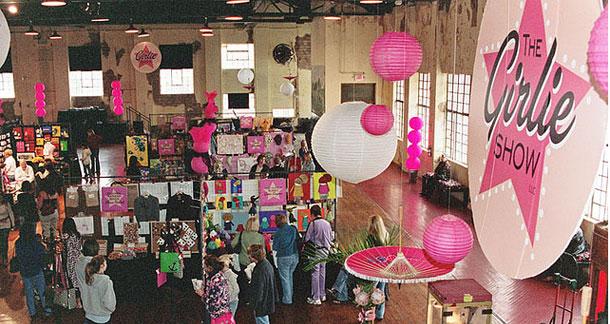 In 2010, some infographics published in a blog post by VIDA caused a big kerfuffle in the literary world, because they did what infographics do best--graphically represent something everyone probably already knew. In this case, the images illustrated the fact that men still handily dominated publishing and press, both in works produced and works reviewed. It was no longer a matter of speculation--it was fact. More men were getting published, read, and reviewed. And while no new inforgraphics have been made on the subject yet for 2011, it seems, at least based on bestsellers lists and box office numbers, that the trend may be shifting. 2011 was, if not a year of equality, at least a year of visibility.

For a long time, literature written by and for women has been denigrated by diminutive terms like "chicklit" and "women's fiction"--as if a book that isn't by and about a male is somehow different than "regular" literature. As a result, it's been looked upon less seriously (author Tess Hardwick has a great blog post about this topic that's a must-read), which could point to why the authors and books are reviewed less frequently by "serious" publications. It's not as if women weren't writing--clearly, women write and try to get books published, and try to get their published books reviewed--it was just that their audience was other women. Which meant that their books, which weren't ever considered "bestseller" material, were relegated to "summer reading." But that notion has been proven to be untrue--surely, there must be some kind of mass appeal, or else both fiction (Suzanne Collins's The Hunger Games and its subsequents, Téa Obreht's The Tiger's Wife, Kathryn Stockett's The Help, Laura Hillenbrand's 2010 publication, but 2011 bestseller Unbroken) and non-fiction (think Bossypants, by Tina Fey, and Is Everyone Hanging Out Without Me (And Other Concerns) by Mindy Kaling) works that were published in late 2010 or 2011 wouldn't have been so successful.

And it's not just female authors--works about women and girls have also shown a marked increase in popularity. Look no further than the posthumously-published Millennium Series, which includes the book-to-film-to-film-again success The Girl With The Dragon Tattoo, which was arguably one of 2011's most popular properties. Add in the aforementioned and other female-written books which feature female leads--several of which (like The Help, which comes with a lot of additional questions about race and privilege, but that's a conversation for another day) have also been made into extremely profitable and well-received films--and it's clear that leading females, as well as books by females, and films about females based on books about and by females, must have a broader appeal than simply being "chicklit." There aren't that many stereotypical patient boyfriends in the world.

Of course, it's easy to fish for successful books for, about, and by women--and skim over all the multitude of male-oriented pieces that get more press, more credibility (have you actually been able to find enough time to finish Freedom? Me neither.)--but, in looking over 2010's various bestsellers lists, and there are definitely fewer women (okay, Eat, Pray, Love is there but...well, you know) who topped the charts, and fewer who were reviewed or written about. There aren't pie charts yet, but there is evidence that maybe, hopefully, books by and about women are being gently removed from their segregated pink shelves and moved onto the round, must-have tables at local booksellers.

When VIDA published the infographics that got the literary world and the media talking, many of the (male) editors of the publications reviewed cited that the works and authors reviewed were simply the most popular ones, and that consciously ensuring equal coverage would be too difficult, or too rigid. Instead, several noted, they'd be reviewing and interviewing authors that were bestsellers, that made people want to click through to their articles. After a year like 2011, with so many female-driven and-written narratives, it seems that the editors will have no choice but to acknowledge the works of women.

The Tiger's Wife came instantly to mind when reading the title of this entry, one of my favourite reads of recent times.

Joshua Chaplinsky from New York is reading a lot more during the quarantine February 3, 2012 - 3:34pm

I just wish a word more inspired than "girlie" were used, and a color more inspired than pink. Why use stereotypes to try to escape a stereotype? Maybe there's some value to turning an instrument of oppression into a weapon but I just can't relate to a lot of pink girlieness.

I agree, Liana, it's really in poor taste to honor women writers and say they are as good as male writers and then call it "The Girlie Show" and put pink everywhere, give me a break!

Joshua Chaplinsky from New York is reading a lot more during the quarantine February 5, 2012 - 8:40am

Uh... I'm pretty sure the title is meant to be ironic. And 'poor taste?' That's a little much.

I thought the title was somehow related or inspired by the show 30 Rock from NBC.  Because the fake sketch show is titled TGS (The Girlie Show).   I might be a little out there.

Joshua Chaplinsky from New York is reading a lot more during the quarantine February 5, 2012 - 10:18am

Also, THIS is where the picture is from: A traveling art show run by women that showcases work by women. Are you going to tell all those women what they are doing is in poor taste? Seems a tad counterproductive to me.