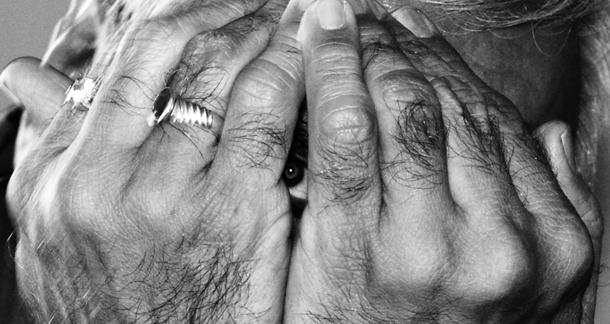 After years of writing journal entries only you ever read, book and music reviews seen only by you, or novels and short stories with an audience of precisely one, you finally hit one out of the park: you’re about to be a published writer! But more often than any of us care to admit, we’re far from joyful at the prospect. We’re terrified. As the wretched day approaches when the magazine comes out, or the website puts your work up, or the books are due to arrive at the bookstores, all you want to do is hide. And possibly scream. I once left the country the day one of my books was published. It was just too frightening to stay at home, though in retrospect I realize that pulling a blanket over my head and living on Chinese delivery for a week would have been a cheaper alternative.

Here are five scary things about seeing your work in print. If you’d like to share your own private nightmares with us, be my guest and leave a comment below – if you dare.

1. Everybody Will Hate It

This one’s so obvious I feel more than slightly humiliated pointing it out. But it’s surely the most common fear among writers, and it cries out to be included in any list of writerly terrors. We may adopt a pose of studied cool as the pub date approaches, an attitude of brazen nonchalance, but anyone who checks out our medicine cabinets during this time will find three-month supplies of Pepto-Bismol, Kaopectate, Alka-Seltzer, and Valium. I can name the months and years during which I prayed for heroin to be suddenly legalized and available at Rite-Aid without a prescription.

I once left the country the day one of my books was published. It was just too frightening to stay at home...

We write because we want our work to be liked, admired, even envied. Why else would we put ourselves through unending pain to get something decent down on paper – something we’re not totally ashamed of? Publishing brings our fear of rejection into stark relief. You can act the role of Mr. Hipster Poet or Ms. Groovy Film Critic only so long before someone insists on reading your work. And when we finally have a clipping or a web address to point to in answer to these pushy so-called friends, many of us would rather strip off all our clothes and run naked into traffic than honor the request. They might hate it. The might hate me. They won’t take me seriously any more. They’ll laugh at it – and at me. My life is falling to pieces. Why didn’t I go to law school? How can I burn all the copies of the atrocity known as my novel? This is the stuff of Writers’ Horror Theater, a solitary game of the diseased mind. You must never, ever play this game with anyone else. It’s just too mortifying.

2. The Reviews Will Be Beyond Devastating

My own now-not-so-secret shame is that beginning a few weeks before a new book’s pub date I tend to “write” fiercely negative reviews of the book in my head. The “authors” of these reviews are generally other writers with whom I have had unpleasant dealings, and my imagined reviews are their delicious opportunity to fuck me right over. And they do. I launch this sick game with an all too real quote from a well-known New York editor about my proposal for my first biography: “There should definitely be a new biography of Billy Wilder, but Ed Sikov has neither the wit nor the talent to write it.” (That is exactly what her rejection letter said. I would reproduce it as an illustration for this article but I burned it in a certain dark ritual of which I am not proud.) The reviews take their cue from that hideously memorable quote. But that’s just the beginning. You can really slice and dice yourself into bloody shreds if you get going. “Silly beyond words….” “Mr. Sikov drags what few readers he will have through a tedious recitation of every movie Bette Davis ever made, including the dogs, of which there are many.” “Peter Sellers was one sick human being, but he’s a model of sanity compared to the mentally challenged and profoundly unfunny idiot who wrote this new biography.” You get the idea.

3. Even Worse: There Will Be No Reviews or Any Attention at All

The only thing rottener than conjuring up a slew of nasty reviews is to imagine that no one will give a bright and shiny turd about your precious publication — that it will be greeted with not so much as a disinterested yawn. Unfortunately, this is the fate of most books, and magazine and newspaper and website articles — including book, film, and theater reviews, not to mention columns such as the one you are reading now (and I’m down on my knees thanking you for favoring me with a few minutes of your time! Bless you! Can I buy you a drink? How about some weed? Want a blowjob?). The horror of being disregarded is all too imaginable. Recall the chill that went up the collective spine of American men when Glenn Close, in Fatal Attraction, says, with scary certainty, “I’m not going to be ignored.” Well, friends, the likelihood is very great that you and your writing will be ignored. And you will be stewing in your own foul juices, not your ex-boyfriend’s pet rabbit.

This utter absence of attention will not be helped by apparently well-meaning but actually sadistic friends and relatives, who will nag you with the questions, “How are the reviews?” and “Where can I read them?” Despite your stammering, self-evidently ashamed response, their sudden interest in your career will soon shift into the pity-ridden queries, “Any reviews yet? No? Why not?” Eventually you will be greeted with out-and-out silence on the subject. You may then fill out the postal service form that will forward all your mail to your next and final residence — hell.

4. Discovering a Factual Error in a Printed Publication

The magic of the digital age is that if you make a mistake in something that’s up on the web, any five-year-old knows enough about hacking to go in and correct it for you. You give him or her an ice cream cone or a two-pound bag of M&Ms and all is right with the world.

But print matter is wretchedly different. It’s not changeable, except in what are called “subsequent editions,” a joke that editors tell gullible writers and never occur in the real world. Discovering that you have misstated the number of wives the subject of your chapter had, or the location of your subject’s elopement, or his and his wife’s Zodiac signs…. Or making a series of harsh and sarcastic comments about someone’s writing without recognizing that this celebrity author was in fact quoting a famous essay by a famous essayist…. These are gut-wrenching experiences. I should know: I’ve done all of them. I mentioned hell earlier. Hell takes different forms. One of them is when your subject’s wife looks you straight in the eye and says, “Oh, that book! Fulla mistakes! Wrong! Wrong! Wrong! Wrong! Wrong!,” each “Wrong!” being punctuated with an index finger jabbed centimeters from my nose. The good news: You will survive. The bad news: You will never forget the shame.

5. A Little Misprint on the Cover

The absolute worst moment in my career — by far — was the minute in which I opened a box of new books from a publisher, which shall remain named McGraw-Hill, and found that I had been given a co-author on a book I wrote entirely myself. In fact, I had been relegated to being the second author of the book; my name appeared after his on the cover.

A number of questions quickly arose, along with my skyrocketing blood pressure:

How the fuck did this happen?

Who the fuck is responsible for this?

Is there no fucking justice in the world?

Can I fucking sue the fuckheads?

A frantic call to my agent yielded a protective lion’s response: he was as outraged as I was and immediately called the book’s editor and registered our dismay. A day or two later he got a call from a McGraw-Hill executive who laughingly — laughingly! — dismissed our complaint, claiming that someone simply “got the paperwork wrong.” He agreed to print stickers and affix them to all the covers – stickers with only my name on them. The book turned out looking thoroughly shoddy, and I never recovered. Neither did sales.

I bet you never imagined that this final horror story could ever possibly happen. Now you can. Happy Halloween.

No horror stories of my own I'm willing able to share, but I did hear a doozy from a writer-acquaintance.

He began his writing career as a crime novelist. A publisher snapped up his debut. Fanfaring ensued. A massive deal was struck with a UK supermarket for gadzillions of copies to be temptingly placed near checkouts, ready for print-starved shoppers to add to their trolleys. The great day came. The author rushed to his local branch of the store to see his work of genius unveiled. It failed to. He rushed home to call his agent and discovered that every single one of the copies had been sent with the wrong price stickered to the front. The supermarket refused to stock them. After some toing and froing, someone else claimed the spot of cool kid of the year and the publisher lost interest.

edsikov from New York by way of Natrona Hts PA is reading absolutely nothing October 18, 2014 - 2:11pm

That's truly horrific! I'm appalled. But not surprised. Nothing surprises me any more when it comes to publishing.

edsikov from New York by way of Natrona Hts PA is reading absolutely nothing October 18, 2014 - 8:38pm

Yes, it is very scary. "after such a promising debut, Mr. Sikov's second attempt is an unmitigated disaster ...."  I hear ya.

Joshua Chaplinsky from New York is reading a lot more during the quarantine October 18, 2014 - 9:10pm

edsikov from New York by way of Natrona Hts PA is reading absolutely nothing October 19, 2014 - 6:00am

Glad to have provided amusement.

Susan DeFreitas from Portland, OR is reading Your Heart Is a Muscle the Size of Your Fist by Sunil Yapa October 20, 2014 - 3:25pm

Oh my goodness! So much catharis here. Thank you. Here is mine:

edsikov from New York by way of Natrona Hts PA is reading absolutely nothing October 21, 2014 - 6:40am