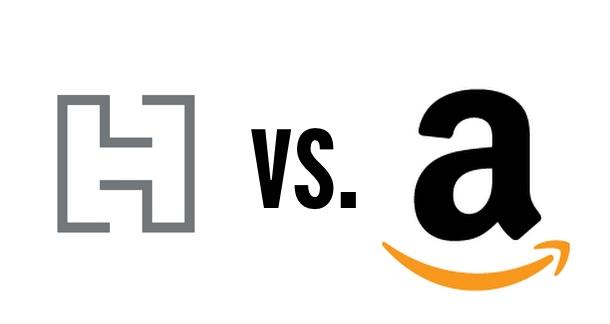 The latest chapter in the tale of Amazon Vs. Everything You Hold Dear involves contentious negotiations between the aforementioned free market juggernaut and the publisher Hachette.

The actual details of the whole process are relatively hazy, but authors and publishers have already noticed some side-effects of this little spat, such as Amazon holding Hachette books (metaphorically) hostage by removing pre-order buttons and delaying shipments of Hachette books for weeks.

This isn’t the first major clash Amazon has had with the publishing industry, but that hasn’t stopped plenty of part-time pundits from predicting the long-term effects of any agreements (or lack thereof) between the two companies.

It’s a little difficult to parse all the various scenarios — ranging from doomsday to hohumsday — especially when there’s so much emotion involved. Authors have used their skills to craft some scathing remarks for and against Amazon, further complicating things. So we’ve created a helpful guide to the various predictions of what will happen.

There are plenty of nuances to this fight, but the predicted outcomes fall into five general categories:

1. Amazon Completely Destroys the Publishing Industry and Drinks the Tears of Authors

Seems a little dramatic, so it’s no surprise that some of the most dramatic people on the internet support this prediction. Basically, they believe this is Amazon’s master-stroke, the penultimate step in their Rube Goldberg machine of capitalist destruction. In this scenario, Amazon usurps complete power over the publishing process, eventually taking over all acquisition, marketing, and distribution, leaving the publishers to wither and die.

It’s a little difficult to parse all the various scenarios — ranging from doomsday to hohumsday — especially when there’s so much emotion involved...So we’ve created a helpful guide to the various predictions of what will happen.

While it seems a little over the top, plenty of people espouse this theory, which has led to some juicy quotes saying that Amazon’s tactics amount to “assisted suicide” for the publishing business.

Some companies, apparently, just want to watch the world burn … and then profit from it.

The vast majority of predictions fall into this category, which is still a doomsday scenario for the publishing industry, but doesn’t quite have the same slash-and-burn feel to it.

In this scenario, Amazon strong-arms publishers into giving up control, then margin, and finally their dignity. Many believe the publishers will still remain, with Amazon keeping them on life support in order to continue finding, editing, and publishing great books. It’s just that Amazon will be pulling every string, pricing books for the best interest of Amazon with no recourse for authors.

The Puppet Master Prediction is usually the one people resort to after indulging themselves in a little despair with the first scenario. For instance, after quoting the “assisted suicide” editor, the same article tones down the rhetoric to fit a little closer to this prediction. And plenty of other sources seem to prefer this interpretation.

Not many people believe this, but you can find a few jaded authors that say nothing much will come of this. The publishing industry has already fought plenty of similar battles (refer to Apple, Macmillan, and a few others), and everything has been this bad since then. The actual Hachette negotiations are just a formality.

These people believe that Amazon has already done its worst and that we’re already living in a world where Amazon has complete control. Some of them also happen to be self-published authors who have little to no stake in the fate of traditional publishers.

4. Amazon Is the Victim This Time, and Publishers Regain Some Power

There are two sides to every argument, although you don’t hear many people coming to Amazon’s rescue. There are still a couple, though. While “victim” may be too strong a word here (after all, Amazon is the one using coercive tactics in their online store to pressure Hachette into making a deal), these people point out (correctly) that most of the reporting coming out of this deal is based entirely on information from one source: Hachette.

Their idea is that all the rumors about the battle, which are coming from anonymous Hachette sources, are designed to give Hachette an advantage with the public, thus pressuring Amazon to agree to better terms. It’s seen as a possible reversal of fortune, with Hachette positioned as the devious mastermind. The irony is hilarious considering that we’re talking about Amazon here, but the point is well taken that the information is very one-sided.

5. Amazon Overplays Its Hand, and the Indie Bookstore Revolution Begins

Really, no one believes this, but it’s a popular fantasy for everyone who wishes they could see the juggernaut fall. The idea was given some life when news outlets breathlessly reported on indie bookstores benefiting from Amazon’s tactics. Sales on books that Amazon suppressed naturally increased at indie bookstores because people had no choice but to visit a store in meatspace to find the books they wanted.

This story metastasized into a daydream about Amazon overdoing it on the strategic oppression and angering people to the point where our society as a whole rises up to slay the giant, relying solely on brick-and-mortar bookstores for our fictional needs. I mean, the need is real. Well, so is the fiction. No, the fiction is fiction, but it’s printed on real … anyway, you get it.

No One Knows for Sure

Ultimately, the full effect of Hachette vs. Amazon remains to be seen. And while we can be pretty sure that Amazon has the clout to win this legal knife fight, it’s hard to say just how deep they’ll cut. What do you think? What dystopian future can we expect for our beloved books?

Right because you represent everyones opinion in the matter right? And besides, indie bookstores don't exactly have to be brick and mortor. It also really doesn't have to be a bookstore either, your forgetting libraries in the equation.

Dwayne from Cincinnati, Ohio (suburbs) is reading books that rotate to often to keep this updated July 2, 2014 - 9:18pm

@Sarah - You can't write an article that literally covers every idea about everything ever, and if anyone doesn't get that they have more pressing problems than reading these posts.  They even talk about the fact some ideas don't fit neatly into one of the boxes.  Sometimes, I feel like you are Harris.