The Final Gong: The Legacy of Bizzong!

Frank Edler, known as Mr. Frank of the Weird and Wacky Fiction Podcast Bizzong!, created an important fixture in the bizarro community when he started podcasting years ago. As the podcast comes to an end and Mr. Frank moves on to other ventures, this is a good time to explore what impact and legacy the podcast left behind in an often underappreciated subgenre of fiction.

In preparation for this article, I interviewed Frank Edler in depth about the history of his podcast and his own writing. Check out the video for that full interview here.

Give us the gong!

Good luck with that. This is the subgenre that most defies definition by its very definition. It’s a few steps beyond fiction that is normally defined as simply "weird." It focuses on the odd and disturbing. It connects disconnected ideas into wild stories that seem to only hold together by the barest of threads. It can borrow from other genres including horror, science fiction, fantasy, humor, satire, and more. Its rules work best when rules are broken. Bizarro fans might not be able to explain the subgenre succinctly, nor can they agree on that definition, but they can tell you when you’ve done it wrong and when they don’t like it.

However you define it, bizarro is a smaller niche market within the already small niche markets of genre fiction. It is neglected by the broader world of writing where many readers prefer more defined stories. That’s where someone like Mr. Frank and Bizzong! were welcome sources of attention, promotion, and respect in a community of creators starved for oxygen. 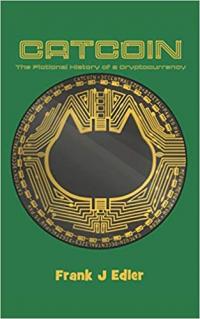 Who is Mr. Frank?

Frank Edler is an author of humor and weird fiction that tends to lean into horror, but not exclusively. He was a podcaster before the six year run of Bizzong!, but before all that, he was a reader. Using early podcasts as an escape from a job he hated, he got book recommendations and inspiration for his own creative endeavors.

Frank’s first podcast as a host was Books, Beer and Bullshit, which he started with a friend in 2012, using a cheap podcast recording kit. They read books and discussed them. Frank started drifting into stranger fiction and eventually bizarro itself. His friend and cohost did not take to the books with as much enthusiasm as Frank. That first podcast ended and Bizzong! was born.

Bizzong! became Mr. Frank’s own writing class, and he learned all he could from the authors and creators he interviewed. The podcast grew in popularity as part of the Project Entertainment Network under the management of Armand Rosamilia.

Mr. Frank worked hard to promote authors he loved, who were creating a different type of work, to audiences who didn’t even know it was missing from their lives. There are lots of podcasts about books and authors, but most of them don’t succeed in selling books. Bizzong! was a major exception in that regard, with author guests noticing a bump in sales after interviews. And Frank did this for authors and books not getting a lot of attention elsewhere. That more than any other metric may indicate the real legacy of Bizzong!

He did not shy away from controversy. Frank Edler made a point to talk about the uproar surrounding the infamous BizarroCon 11 performance and what he saw as the unfair backlash from that incident even before he brought on Chandler Morrison and Jeff Burk to discuss it.

With the Wonderland Awards, the industry honors the best in bizarro fiction. Every year they put out an initial preliminary ballot that is supposed to represent all the bizarro works that came out that year. One year, Frank Edler expressed his disapproval of a number of works that had been excluded as well as a few he thought didn’t really fit the category. To the credit of the awards, they took his feedback seriously and included him in the discussion on future ballots to avoid as many works being overlooked.

Bizzong!’s final episode a 5+ hour livestream on Facebook, Twitter, and YouTube. This was a hint of what might be next. Frank expressed that he sees livestreaming as a future creative outlet. He’s not sure what that will look like, but this seems to be where trends are leading, in his opinion.

Frank Edler’s own tastes as a reader and writer have evolved over the years. Part way through the run of Bizzong! he made a transition to where he was including more humor writers as much of his own writing was moving in that direction. With books like Death Gets a Book and Catcoin, Frank Edler embraced the unusual. As humor proved itself to be foundational to his own writing, he decided to explore more of what those types of authors had to offer. With his most recent title, Exploding Bears, all the elements that make a Frank Edler book great have come together in dramatic fashion. Expect more great work from him as an author of the weird and savagely funny.

There is a void left behind by the end of Bizzong!, especially in the bizarro community. The legacy of Bizzong! is best expressed in the books it sold and the readers it connected with. It is also seen in macro changes it made to the industry that are still felt today. If that void remains long enough, someone will have to fill it. Someone who can give readers looking for something different access to the work they desire.

Get Catcoin at Bookshop or Amazon