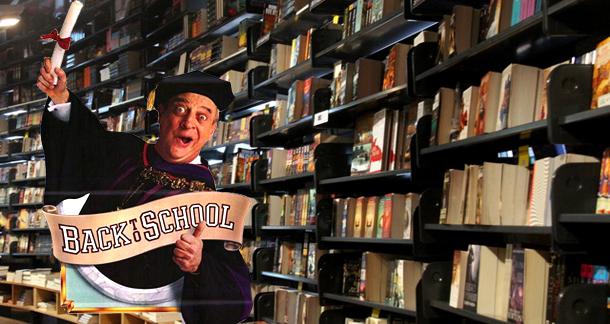 It’s September, which means back to school time for a lot of folks. That got me thinking about classic fantasy stories that continue to be taught in schools. I thought it might be interesting to expand on some of those classics and take a look at more current works that play with similar themes and ideas. Here, then, is a list of both - the original classics along with their modern counterparts. This is not an exhaustive list by any means, but just a sampling of some of the better known works. I welcome debates and other recommendations in the comments. 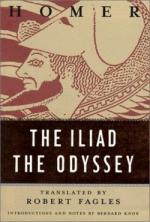 The Iliad and The Odyssey

It might not be fair to group these together as they are very different in tone and scope despite both being attributed to Homer. The Iliad is a great military saga with a stunning cast of characters. The Odyssey, an adventure story, focuses in tightly on Odysseus and his men. One thing common to both epics, however, is the intrusion of and manipulation by the gods. In the Iliad, the gods take sides and aid their mortal champions on the field of battle. Athena, Hera, Poseidon, and Hermes side with the Greeks while Aphrodite, Apollo, Artemis, and Ares side with the Trojans. Later, in the Odyssey, Poseidon works against Odysseus while Athena does her best to aid him.

This manipulation by divine forces also plays out in the novel, Deathless, by Catherynne M. Valente. Deathless draws on Russian folklore and tells the story of Marya Morevna, who weds Koschei the Deathless. Baba Yaga features prominently in the tale, arranging a series of quests for Marya to complete. But this is also a love story, one more powerful than the quest to regain Helen or Odysseus’s return to Penelope. And all against the backdrop of Stalinist Russia. Valente, like Homer, is a poet, and it shows in her prose.

Buy The Iliad / The Odyssey from Amazon.com 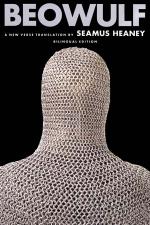 Beowulf is the original monster hunter-- slayer of Grendel, Grendel’s mum, and a dragon. Beowulf comes to Hrothgar’s aid to help with the first two, and accomplishes the last after becoming king of his own people.

It may seem like an unlikely pairing, but this representation of the self-sacrificing monster hunter also plays out in Jim Butcher’s Dresden Files. Bear with me here, because I think it makes sense. Harry Dresden is a wizard detective, yes, but his powers mostly manifest as brute force. He’s always willing to come to the aid of someone in need, and often puts himself out in front to protect others.

Furthermore, without spoiling any of the books, Butcher gives us the sense that one day Harry will push himself too far. That one day he will give it all to save the people around him, the way that Beowulf does. Harry also has a habit of breaking things in his battles, just like Beowulf. And the Dresden Files contains monsters galore. 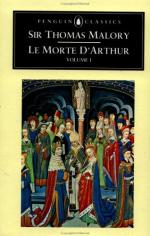 I studied both of these Arthurian works in school. Le Morte d’Arthur, by Sir Thomas Malory, is one of the definitive Arthurian texts (though I find it pretty dry). T. H. White’s The Once and Future King is one of the best modern accounts of the legend of Arthur and draws heavily on Malory’s work. There are plenty of differing versions of the Arthur myth, but many of the key elements remain the same. Arthur becomes king, under the guidance of Merlin, and brings together the knights of his realm in a kingdom the likes of which has never been seen before. Arthur is a force for order in the realm, a uniting force. A banner under which heroes and knights can rally.

I tried to think of something more obscure for this one, but I kept coming back to George R. R. Martin’s A Song of Ice and Fire. Not only does it have a list of knights and heraldry that rivals Malory, but it ultimately plays with the same themes as The Once and Future King. In Martin’s series, there are several kings (or queens), all vying for power, each believing that they are the true ruler that will bring order and stability to the realm. The Once and Future King clearly shows Arthur working against the rule of Might, and yet Arthur ultimately fails because he must maintain peace with Might. Martin’s series likewise shows the violence and chaos that result when leaders and knights try to defend peace and order.

Buy A Game of Thrones (A Song of Ice and Fire, Book 1) from Amazon.com 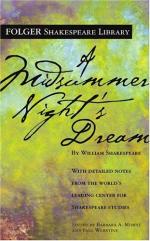 One of Shakespeare’s most fantastic plays, A Midsummer Night’s Dream is full of deception, manipulation and transformation. Oberon makes free with love potions, Puck bewilders and beguiles, and Titania falls in love with a donkey-headed Bottom. All’s well that ends well, but reality in this play is rarely what it seems.

Holly Black takes these ideas into much darker territory in her Curse Workers series starting with White Cat. Cassel Sharpe is a non-powered kid from a family of curse workers, people who can change your luck or your emotions or your memory. They’re criminals, of course, because curse work is illegal. Cassel, naturally, is a con man. Oh, and he killed his best friend a few years back. But when he begins to have strange dreams, and when he notices his brothers acting strange, he starts to uncover a secret. Deception, manipulation, and transformation abound, though this is hardly a comedy. 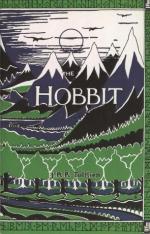 In many ways, I appreciate the The Hobbit more than The Lord of the Rings. It is an adventure story, the Odyssey to LOTR’s Iliad. The stakes in The Hobbit are smaller, but it’s also more of a personal story. The message is also very different, I think, than in The Lord of the Rings. LOTR seems to lament the passing of a certain lifestyle and seems mired in sentimentality about the English rural countryside. The Hobbit, on the other hand, is about a normal person going on an adventure, pushing himself beyond boundaries he thought were rigid, and finding them fluid.

As mentioned, Bilbo is not necessarily anything special. Yes, he has some Tookish blood that’s supposed to account for his weirdness, but he’s a homebody, a typical Hobbit who likes typical Hobbit-like pursuits. Yet he ends up doing great things. In a similar vein, Deeba in China Mieville's Un Lun Dun is also a normal person. In fact, one of the great things about the novel is that there is a “chosen one” in the form of Deeba’s friend, Zanna. Only Zanna ends up failing and then Deeba steps up, taking it on herself to save UnLondon.

Un Lun Dun is a young adult book, and sometimes is a bit too punny for my tastes, but its subversion of the chosen one trope and championing of the normal person set it apart from other such fantasies.

Buy The Hobbit from Amazon.com 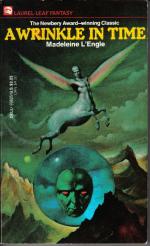 A Wrinkle in Time

Madeleine L’Engle’s A Wrinkle in Time gives us a wonderful protagonist in Meg Murry, an awkward, defensive thirteen year old girl whose father is missing. She has low self-esteem and doesn’t get along with others her age or even her teachers at school. As she sets out to save her father, she has to learn to appreciate her differences and use her strengths. In the end she saves her brother through love rather than intelligence or skill. It’s the journey of someone coming to accept themselves and their place.

Cas Lowood, the protagonist of Kendara Blake’s Anna Dressed In Blood, has also lost his father, though in this case his father is dead. As a result, Cas now carries on his father’s business, traveling the country and killing ghosts. Unlike Meg, Cas knows how to play people. He’s good looking and knows how to fit in with the popular kids. He even ends up dating the prettiest and most popular girl in high school. But this is all a front. Cas is all business, concerned with killing the ghost, in this case the titular Anna Dressed in Blood. Only Anna isn’t quite the typical ghost, and Cas has to depend on the people around him and learn how to open up. Ultimately he finds his place, like Meg, and accepts that there's more to life than just killing ghosts. 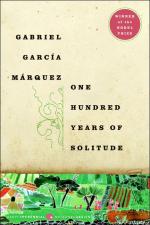 One Hundred Years of Solitude

Gabriel Garcia Marquez’s brilliant novel of magical realism gives us generations of the Buendía family and the weight that that brings to their lives. Not only are they haunted by the past, quite literally, but it dooms them, causing their misfortune to repeat over time.

Zack Parson’s Liminal States also deals with generations over time, though perhaps in an even more tragic way, these people carry the memories of those before them. From the beginning, in 1874 in New Mexico, the tale concerns three individuals - Warren Groves, a small town sheriff, his wife, Annie, and Gideon Long, who also loves Annie. Long orchestrates a train robbery that goes very wrong and brings him into conflict with Warren. Meanwhile, Annie is in childbirth. From there, things spiral out of control, especially when Gideon Long discovers a strange pool in an abandoned Pueblo village. The consequences of that discovery resonate through time, into 1951 and beyond. I don’t want to spoil the novel, but Liminal States was one of the best novels I read this year.

Buy One Hundred Years of Solitude from Amazon.com

What do you think? What are some of your favorite fantasy classics, and what are some modern works that explore similar themes?

thanks so much for this article - My reading list keeps getting longer and longer with great recommendations - much obliged.

i keep meaning to read One Hundred Years of Solitude. I think I'm going to finally do it this Fall. Seems like a good October book.

Joshua Chaplinsky from New York is reading Stories of YOUR Life September 12, 2012 - 1:51pm

I need to reread The Once and Future King. I remembering loving that book in high school.