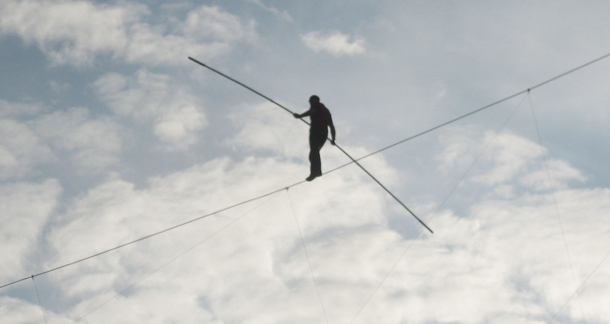 I recently received an email that linked to an opinion piece about how authors should be more ethical in our approach to marketing our books. This stopped me for a minute, as I feel my personal business practices are always ethical. But are they?

The article was as much about how publishing — traditional and independent — plays the games that get books noticed, and how “bad” books often float to the top of the pile, but it made me think. As authors we have a responsibility to write the best book we can and make sure the quality is such that it’s beyond reproach. That seems obvious, right?

Over the last few years there have been a number of books that have captured the dollars of the book-buying public which, on further analysis, don’t really stand up to scrutiny (Fifty Shades of Grey anyone?), both traditionally published and those by independent authors. But that doesn’t deter the reader from spending their money. And a lot of these indie-published books just aren’t good enough to stand up to the old guard.

I’m not saying anything “unethical” was done to promote these books, but it does lead to other questions.

As independent authors, we have a responsibility to do the best for our audience that we can.

One of the biggest bug bears for a lot of authors is the idea that one can pay for a review to be published that praises a book beyond the levels that it should be, promoting something that isn’t necessarily the best thing since sliced bread. It taps into that “Lots of people do it, so why shouldn’t I?” vein of self-promotion. I mean, thousands of authors can’t be wrong, can they? But is that ethical?

Well, let’s look at that for a moment. A basic tenet of marketing seems to be anything goes in promoting a service or product and “buyer beware”. That’s what happens every day in the modern world. I love those ads that say things like “In tests of product A, 99% of users thought it made their hair more luxurious”. And if you look at the small print, it reads something like “50 users were consulted in this study”. I mean, come on, if the test group had numbered in the thousands, I might be more impressed with that kind of statistic.

The same thing happens with books: go to just about any bestselling book on Amazon and read the reviews. There might be 30 or 300 reviews and they’ll average a large number in the fours and fives and a small percentage of ones and twos. While these aren’t necessarily “paid for” they can be and often are. But what about those people in the middle? Why aren’t there more threes? Because people who weren’t that impressed with a book (or didn’t exactly hate it) don’t write reviews. "Meh" is not a strong enough emotion.

So does that justify an author paying someone to say nice things about their book? (Don’t get me started on “sock puppet” reviews…) Bearing in mind that payment doesn’t always have to be about money, it doesn’t smack of being “ethical”. Personally, I’m a lot happier when someone reads my book and says what they think, regardless of whether it’s negative or positive. Good reviews are great, but the honest truth is that not everyone is going to like my books — if they did, I’d start to wonder if I’d done my job.

Then there’s the issue of how the “bestseller lists” are compiled. A number of stories in the recent past suggest that by spending a couple hundred thousand dollars, any author can get to the top of the New York Times list. Okay, you have to have that kind of money to play, but if that’s what you’re after, it’s apparently buyable. And as the writer of the article said, “…the gaming of bestseller lists is an open secret…”. That may be true, but is it in an author’s best interests to try and play with the big boys? If you can’t beat them, join ‘em?

Traditional publishing has long done things that those of us outside the industry find questionable, all in the interest of promoting a book and ensuring that the money they’ve spent on it is returned in some form or other. And no, the average author isn’t going to be able to compete or argue with a traditional publisher. So ethically, it might be a moot point.

That said, I’m much prouder of my writer friends that have made a list the hard way (by writing a great book) than I am by authors that finagle their way onto the list.

We’ve all seen them, those authors whose main message on social media, email or other medium is “BUY MY BOOK”. I find this very annoying and I know most readers and other authors do too. The idea that’s all you’ve got to say is not a pleasant one and can be very intrusive. We have intrusive advertising/marketing in every aspect of our lives, whether on television or the web, and it’s not likely to go away any time soon. But should we as authors do that? Is it ethical to do that? Well, that’s an argument for barroom philosophers.

Of course we all use social media to promote our books — but not all the time and not by badgering readers to spend their hard-earned cash. The best approach for me and a number of authors I keep in touch with regularly is to build relationships and, contrary to the spamming approach, promote each other’s work. Okay, occasionally, we mention our own books, but not every day or even every month. That’s a part of our ethic.

So no, spamming readers with reminders to buy your book isn’t going to work and may, in fact, turn them off completely.

Okay, while it’s not necessarily unethical to do any of the above, it certainly doesn’t feel… well… nice. As a result of the original story, the Alliance for Independent Authors has even created a code of ethics indie authors can sign, which isn’t a bad thing.

I do think that as independent authors, we have a responsibility to do the best for our audience that we can. So no, I don’t think having a code of ethics is a bad thing, and it may even encourage readers to choose authors based on their ethics as well as how good they write. I’m not saying you have to sign up to the code, but next time you go to promote your book, just think twice about how you’re going to do it.

Whenever I see the term Bestseller, I always have the thought: So why did it sell? Because the author is nice or had money? Or actually wrote a great product?

Paid Reviews is tricky, because for me it depends largely on who is paying for those reviews. That's why I don't take it real seriously when I see paid reviews being knocked around a bit. In the print review days, the editor and not the author was paying for reviews.

Good reviewers should be compensated for objectively analyzing a books merits and faults.

Then there is also the issue of piggy backing in the industry: I left Twitter largely because I get tired of being spammed by writers who throw out quotes from somebody famous to inflate their own platform.

Lets not forget that such Hemingway comment or Steinbeck or whatever is so often taken out of context, and used to mean virtually anything.

For me, I prefer to promote by serializing completed works for free, and then if someone has a specific problem I'm also familiar with, do something nice for them by showing them what you do to solve the same problem you have.