The Drought of Environmental Fantasy 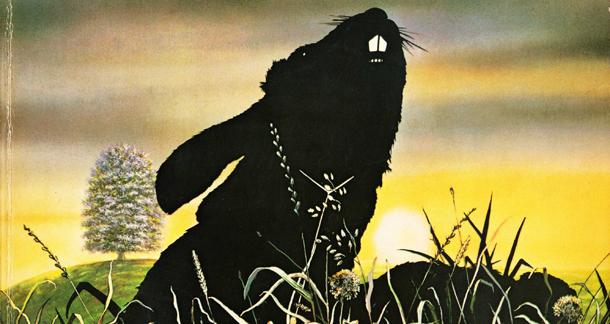 In honor of Earth Day, I thought I would write a column about ecological fantasies, about fantasy novels and stories that explore environmental and ecological themes. I prepared, as I usually do, to come up with a list of books off the top of my head and... I couldn’t think of any.

Science Fiction is full of books dealing with the environment. Not always on our planet, of course, but there are plenty of examples. My favorite novel, Dune, deals heavily with the environment on Arrakis and what that means for the planet. J. G. Ballard’s The Drowned World deals rather presciently with an Earth in which the polar ice caps have melted. His The Burning World deals with a future where water is scarce. It’s a hot topic in Paolo Bacigalupi’s work, and in Kim Stanley Robinson’s. I could definitely make a decent list of the Science Fiction examples.

But where are their counterparts in Fantasy?

Part of the lack of parity comes, no doubt, from the “science” part of science fiction. Ecology and environmental science, well, the latter kinda says it in the name. These are scientific issues, and so it makes sense that they might be explored in SF’s pages.

Additionally, since SF often deals with the present (even when setting its stories in the future), these issues show up as extrapolations, taking a look at futures where we can see the outcome of our current practices.

Conversely, Fantasy often deals with lower technology levels, where fossil fuels aren’t depleted and industrialization isn’t threatening the environment. Nature abounds in Fantasy fiction, especially in the epic kind. Still, even Tolkien managed to work some environmental ethos into the Lord of the Rings. While I find his approach a bit provincial, with Saruman and the Ents and the Scouring of the Shire we see the results of industry running rampant without thought to the environment.

Some might say that it’s because Fantasy is meant to be an escape, and sure, that holds true for some of it. But there’s plenty of Fantasy that chooses to tackle important issues. Race, gender, politics—all of these things are explored in Fantasy fiction, yet ecological matters seem to be underrepresented. Where are the fantasy books about climate change? Where are the books about resource depletion? Where are the equivalents of oil spills and deforestation?

Am I just missing them?

Some might say, well, Science Fiction does it better, but I refuse to accept that. Just because these things pop up in Science Fiction is no reason for them to remain there. As our environment continues to suffer as a result of our actions, these issues become more and more important. Why not examine them in Fantasy fiction?

Here are a few Fantasy works that do manage to address the environment, in a couple of cases using magic as a stand-in for technology.

I place this firmly in the Fantasy camp because, well, it’s talking rabbits with their own mythology, but oh how I love this book. Richard Adams’ Watership Down deals with ecology by bringing us into the world of rabbits. We’re given a close look at the kinds of lives that they live from mating difficulties to the abundance of natural predators. But even more devastating are the acts of Man. The myths of El-ahrairah speak of all the predators—rabbits have been facing them for years—but mankind’s actions kill far more than those predators can. We see several examples of humans’ effect on the rabbits from the road and its hrududu (cars) to the snares at the farm to the destruction of the the warren. I’ve always seen Watership Down as a kind of post-apocalyptic tale and, as in most post-apocalypses, Man is ultimately to blame for the catastrophe and it’s no different here.

If I were going to predict two people to write environmental fantasies, it would be Paolo Bacigalupi and Tobias Buckell. Together, they wrote a pair of linked fantasies both set in a world where magic has disastrous results on the environment, contributing to the growth of a poisonous bramble that overtakes whole towns. The Alchemist (by Bacigalupi) tells the story of Jeoz, an alchemist who is searching for a way to destroy the bramble. But as in the case with most technology, there are those who want to influence how it is used. In The Executioness, Buckell tells the story of a middle-aged woman and mother of two who becomes known as the Executioness when she stands in for her father, the executioner. Buckell’s tale skews more to adventure but still is set against the backdrop of a world being destroyed by its own magic. Both stories are available as one audiobook on Audible.com, or they are available separately as eBooks.

Not a book, this is a setting for Dungeons & Dragons (and did give rise to a handful of novels). Dark Sun takes place on Athas, a kind of post-apocalyptic fantasy land where most of the environment is a desert wasteland. Like in the previous example, the game sets up magic as a dangerous force. Magic is drawn from life, most often plant life. Preservers harvest this life carefully, allowing them to preserve the fragile life around them. Defilers, on the other hand, draw power with no regard to the plant life around them, even going so far as sterilizing the earth. Defilers are understandably despised. Resources in the game are extremely limited. Metal is rare. So too, food and water. In comparison to the bounty of forests and food and magic in most fantasy lands, Athas is actually quite chilling.

Perhaps the best known example of environmental fantasy fiction, Dr. Seuss’s The Lorax has endured and still is as powerful today as it was when written. It’s a simple story, about an idyllic natural valley full of Truffula trees. Idyllic until the Once-ler arrives and begins to cut them down to create Thneeds. The Lorax, of course, speaks for the trees and warns the Once-ler of the consequences of his actions, but the Once-ler ignores him, leading to the felling of the last of the Truffula trees and the emptying of the valley. This leads to the ultimate collapse of the Thneed business as well. The book ends on a hopeful note, though, with the Once-ler passing on the last Truffula seed to a young boy, hoping that he will bring them (and the Lorax) back.

That’s all that I was able to come up with, so I open it up to you: Have you read any fantasy books with environmental themes? If so, please mention them in the comments. Why do you think there aren’t more? Would you be interested in reading them?

Dwayne from Cincinnati, Ohio (suburbs) is reading books that rotate to often to keep this updated April 22, 2013 - 3:10pm

You seem to have missed the forest for the trees. Fantasy is often set after an environmental disaster, if anything it is the default setting. It just takes place so much further down the time line that the aftermath is something all the characters grew up with. Robert Jordan's Wheel of Time (Breaking of the World), Paizo's Golarion (Star Fall), Steven Brust's Dragaera (Lesser and Greater Sea of Choas) and Glen Cook's the Black Company (shadows kill near by world, Plain of Fear) all deal with this.

What about Alan Moore's Swamp Thing? While a minor theme it certainly seemed quite prevalent in it.

Dwayne - Thanks for those examples. With the exception of Dragaera, I haven't read them. And when it comes to the Brust books, I admit that I didn't see the Seas of Chaos as an environmental issue, but I also admit to being rusty on those books.

...Mr. Beelzebub - Swamp Thing is a great example, definitely. I'm not familiar with the other one but I'll check it out!

Dwayne from Cincinnati, Ohio (suburbs) is reading books that rotate to often to keep this updated April 26, 2013 - 2:24am

The Greater was a result of a war, the other of a magical accident.

I'd recommend Fire Bringer by David Clement-Davies. It's similar to Watership Down, but instead of rabbits, it features deer. Has the enviornmental fantasy elements and struggle with influence of mankind. Also Clement-Davies' book The Sight, features wolves.