The Dos and Don'ts of Book Tour: An Author's Survival Guide 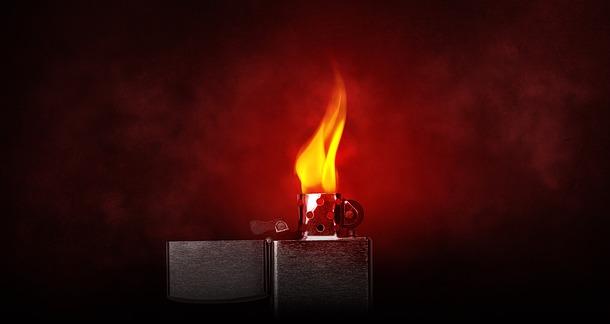 Authors don't seem to talk about this sort of thing very much. The survival thing. We like to talk about craft and meaning. Inspiration. Lofty goals. We post pictures of ourselves at events. We humble brag. We try to look cool. Act cool. Be cool. Sometimes being an author is like being stuck in that dream where you're endlessly walking down a crowded hallway and you can't find your classroom. Sometimes, it's like being in high school. And if you're an author yourself, I think you know exactly what I mean by that.

Just recently, I did my first book tour for my novel, Lightwood, and here's what I learned. I want to share this knowledge with you because these are the sorts of things I wish I had known in advance. The real things. The practical things. The messy, gritty, ugly-cry things. The things that can help you survive.

Let's start with the DON'Ts:

Don't schedule your book tour immediately after your book launch.

I know this goes against everything you've probably heard about releasing a book, but trust me on this one. Give yourself at least a week if you can. My book release date and launch party were on the same day and within 48 hours I was already on the road. I never had time to process the launch itself or to reflect. It was all such a whirlwind and this caught up with me fast and took its toll.

Don't stay with family or friends.

Again, this sounds counterintuitive, but it's the truth. Seeing people you know and love on your tour is wonderful, but make sure you have a space that is your own to go back to. I was surprised at how much I needed this after a reading. My own bathroom. A door that I could close without being rude. Time to be by myself. Yes, this sounds selfish, but I'm here to tell it like it is. You will need these things. If you're funding your own tour, don't try to save the money. Just spring for hotel rooms. If you absolutely have to stay with people, be honest with them. Tell them when you need a moment and be sure to take it.

Don't feel guilty about having your moment. You earned it and you deserve to enjoy it.

Don't stress about how many people will show up at each reading on your tour.

Of course you want to invite people and promote your events, but don't spend a lot of energy worrying about whether or not people will show up. They either will or they won't. And the unexpected may happen. I was really worried about my last event in Davidson, NC, because it seemed like no one I had invited was going to be able to make it. Out of nowhere, an entire wine-fueled book club, complete with friends and family, showed up at the reading and made it the best one of the tour.

Don't be upset if the folks you were counting on can't make it.

Life happens. And most people aren't walking around in a fragile little author bubble of excitement, nerves and constant self-doubt. They don't know that you are counting on them; they may even think you won't notice if they don't show up. So don't take it personally and don't allow disappointment to shatter your confidence or shadow your event.

Don't do anything drastic to your appearance right before your book tour.

Get a new haircut, change your style, buy uncomfortable shoes, whatever. Sure, you'll want to be all spiffy and show off your new author look, but a book tour is not the time and place to try out a "new you." You'll be struggling enough as it is; you don't need to add a bad hair day to the mix. It could be the thing that sends you over the edge.

Which brings me to my last "don't."

Don't beat yourself up.

A lot was going on while I was on tour for Lightwood. At times, the world felt like it was on fire. I was driving between cities when news of the travel ban broke (this was late January) and airports were becoming mob scenes. I was worried about my friends who were attending the protests. I was worried about people I knew traveling. I was worried about the world and the future and wondering, like most of you, what the hell was going on. There were moments when I felt like crap for trying to sell my book. I felt so shallow for standing up in a bookstore and wanting people to pay attention to me, when the breaking news seemed to never quit breaking. Don't let yourself feel this way. Don't feel guilty about having your moment. You earned it and you deserve to enjoy it.

I'm serious. Be the mom that's always carrying granola bars and juice boxes around in her purse. I'm the sort of person who forgets to eat when I'm stressed and this, coupled with the fact that not every place on the road is gluten-free/vegetarian friendly, made for a bad combination. And bring snacks that you like. This is the time for comfort food, not for watching what you eat.

You're going to need a way to carve out some alone time and sometimes the only retreat is to jam out and make a little head space for yourself. In the car, the airport, the hotel lobby, wherever.

I told myself that I wouldn't have time to work out while traveling, but there was definitely a moment where I was having to decide between wearing boots or just socks to the gym. Especially if working out is a form of stress relief for you, make sure that you are prepared.

Be nice to the people selling your book.

Booksellers can be powerful allies and are usually pretty cool people in general. Be sure to get to know them and thank them for having you and for taking an interest in your book. For that matter...

The booksellers, the event coordinators, your fellow readers if you're sharing a stage, and everyone in the audience. It may seem like a simple, unforgettable thing, but it's easy to get overwhelmed at events. Make it a point to personally thank as many people as you can, not just people you may already know.

Ask someone to take pictures for you.

Again, this seems simple, but it's really easy to forget.

Prepare for the inevitable disaster.

You don't have to be a fatalist, but you do need to be aware that sometime, somewhere, things are going to go wrong. It goes back to that whole 'life happens' thing. The universe doesn't give a shit that you're currently on a book tour, perhaps fulfilling a lifelong dream. So be ready to think on your feet and be sure to always have a back-up plan.

I definitely had a "crying on the hotel bathroom floor moment" on my tour, and if that happens to you, and it probably will, just go with it. It doesn't mean that you're not strong enough or not appreciative or not cool. It means that you're exhausted and hungry and missing your dogs and tired of talking to people, even people who you like, and tired already, for a moment, of the whole stupid author thing. In short, it just means that you're human. Don't let yourself feel guilty or weak. Just let yourself cry.

And then pick yourself back up and enjoy your moment in the spotlight.

Asking questions is always a good thing bing history clear if you are not understanding anything for bing web browser.