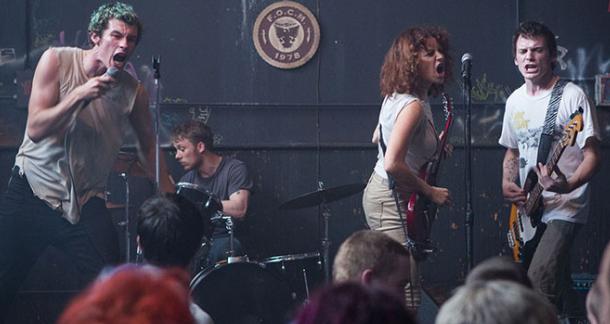 One of the best movies of 2016 is without a doubt Jeremy Saulnier's Green Room, which tells the classic story of a punk band fighting a bunch of Neo-Nazi scumbags in the woods. It’s intense as hell and unforgiving in its violence. Around the beginning of the film, the band is being interviewed, and one of the questions is: “What’s your desert island band?” Meaning, if you were trapped on an island, and you could only pick one band to listen to for the rest of your life, what would you choose? Everybody in the band minus Anton Yelchin’s character comes up with an answer right away. Throughout the rest of the film, once staring down what feels like the certainty of death, the band members decide to change their answers. Yelchin remains indecisive.

This question fascinates me. For many people, listening to music is not some kind of hobby, it’s a necessity of life. It affects how we survive. This got me wondering how music affects fiction writing, which led me to asking thirteen of my favorite authors the desert island question. 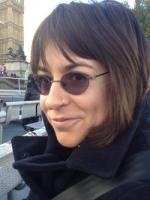 "My desert island band is Neutral Milk Hotel, no contest. I know, it’s so utterly common a choice for a mid-thirties dirty south ex-pat like me, but hey, the girl can’t help it. Their sound is so rich and weird and there’s an euphonium and a coronet and a friggin musical saw! And Jeff Mangum’s voice, it’s so nasal and grand and I would listen to him sing about the smell of semen forever. They absolutely influenced my writing, too. The coffee shop I started writing in used to play In the Aeroplane Over The Sea (naturally) and that’s how I heard about them, from a sneering hipster barista, and started listening to them. In my first novel, Vermilion, the demi-villain Shai is in part based on my feelings about 'Holland, 1945' (whatever that means, don’t ask me), and in The Pleasure Merchant, there’s a character named Mangum Blythe, after Jeff Mangum. So, yes, I’d say they are fundamentally important to me and my art!" 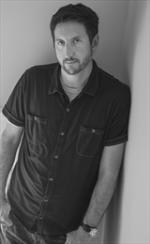 "If I was forced to choose by Patrick Stewart, say, my desert island band would be Husker Du/Bob Mould. Bob and that band have been a constant presence in my life for over twenty-five years. I named my first short story collection after a Bob Mould song as well. Hearing the Huskers for the first time was an epiphany and I can trace my want to be creative in some way (though to my forever shame, not as a musician) to my obsession with their music."

"Tori Amos, without a doubt. Her lyrics are poetic, dark, and entrancing, and they contain stories within stories. Her songs of pain and heartache say everything I want my fiction to." 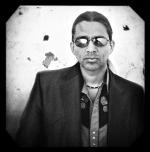 "Give me a stack of Bob Seger, and I'll take an axe to whatever piece of land I'm standing on and make it into an island, just so I can listen and listen and listen some more. Most writing playlists I get together, there's some Bob Seger there. He's got so much heart, such killer lines. No one else has ever done a song like 'Night Moves,' have they? All that longing, that aching, that nostalgia. Not saying I'm not into Springsteen. I most definitely am. But, for me and my desert island I've chopped into place, it's going to be Bob Seger I absolutely can't do without. Ever since my kids were young, I've always told them that if they meet somebody new, and that person doesn't know and dig Bob Seger, then they should probably just keep right on walking. As far as I'm concerned, no one's ever matched Bob Seger. I only wish he toured more. It's been my dream for a long time to see him live. Until then, though, he's always in my speakers, my earbuds, my heart. And I try to get some of what he says and feels down onto the page, too."

"Portishead — they're probably the only band morose enough to follow me to a desert island. And we encourage each other with suicide pacts." 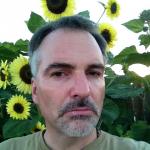 "Miles Davis. I'm cheating obviously, as he had several great quintets over the years, but I will take 'band' to mean 'recording artist.' I've played his albums over and over more times than any other artist, especially while I am writing. P-Funk would be second, for the same reasons. Key albums: Kind of Blue, Bitches Brew, Maggot Brain."

"I'm a musician, man. You're killing me here. Plus, 'band' is one thing and 'artist' is another. Anyway, since you also mentioned writing, I'm just going to go with Tom Waits. I was young and impressionable and just starting to write when I found his old ACL performance and was blown away. He made me want to write about sadness, hookers, the wrong side of the tracks (where I've always been), and broken things. That's what I'm still doing now. And I still listen to him all the time. And what's even weirder is that, in some bizarre way that I haven't been able to explain to myself yet, he also influenced the way I do my readings (although 80% of it comes from Brian Allen Carr)." 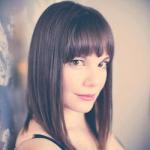 "My desert island band would be The Monkees. Their music fills me with zany joy—and occasional heartbreak—but they also provide lots of horror inspirado. I've written several creepy stories based on Monkees lyrics, my favorite being the quiet small-town horror of 'Pleasant Valley Sunday.' When I encountered trouble while doing the A Story A Week challenge in 2014, The Monkees were always there for me." 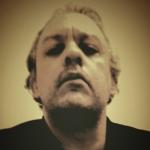 "My desert island band is Nick Cave and the Bad Seeds. There is evil winding itself through the notes, evil and beauty and wicked humor. I like driving through town on October evenings blasting 'Song of Joy'. Or 'Jangling Jack'. Even the album covers. Look at Henry's Dream. I want to walk right into that picture, despite the encroaching night, despite the danger in the eyes of the man on the billboard. Or because of it. Nick gives me permission to go darker than dark when I write. Corrupted carnivals, capering Devils...sometimes I write the images that come into my head when I listen to old Nick." 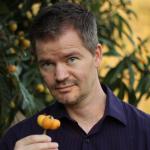 "If I were stuck on a desert island, I'd probably be feeling kind of surly and my energy level would be low, so I'd need something to give me a morale boost as I prepared to climb that stupid coconut tree again. I'm going to go with Bowling For Soup because their songs are funny, clever, up-tempo, and incredibly catchy. Though I'm not sure they've had an impact on my work. I never listen to music while I write, although if I'm taking a walk during a writing break I might listen to something weird (Barnes & Barnes), touching (Dar Williams), or head-banging (Rob Zombie) if the mood of the scene calls for it."

"I'm in love with The Police and their unique, perky music with strangely sinister lyrics. They're cheery-creepy, and I find that I do that quite a bit in my work. My main character is destined to die and battles literal demons, but she's charming as she does it." 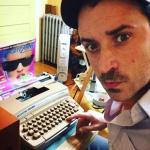 "If I ever find myself on a desert island, I'm gonna want '80s montage music while I hack away at palm trees to make a raft. There's me on my knees, accepting the desperation. Then...CUT me, standing, with an idea CUT there's me with the axe! Chopping! CUT me wiping sweat from my forehead ('phew, this is hard!') CUT me on my back ('I give up, I can't go on!') CUT me realizing it's not over! CUT me up and running on the sand, back and forth, arms in the air CUT the raft is almost done! CUT me using my underwear as string to hold the palm tree bits together! CUT the fear of leaving the island in my eyes...and juuuuust as the montage music comes to an end...CUT I'm standing beside the raft, naked, facing the ocean, fists on my hips. Ready as hell for the final act.

'Push it to the Limit' Paul Engemann Scarface

'You're the Best Around' Joe Esposito The Karate Kid

As far as how has this music influenced my writing? Well, hell, sometimes the rewrites feel like hacking a palm tree to bits in your underwear." 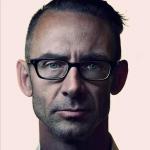 "At the moment my desert island band would be the Psychedelic Furs. I'm obsessed with the steady drum machine sound of the New Wave and trying to mimic its rhythm by repeating unconventional conjunctions in stories. In 'Cannibal' for instance, the word 'because' is the drum beat.  In 'Loser' it's the words 'only, but, except' that allow the sentences to run on like music.  The idea is to mimic the seamlessness of music.  In a newer story, 'Let's See What Happens,' I repeat the words 'next, now and always' to constantly keep the momentum of sentences hurtling forward.  All these experiments are based on that '80's drum machine sound best demonstrated in the Psych Furs 'Heartbreak Beat.'"

There you have it! Comment below and tell us your desert island bands, too. And also, please consider purchasing any of the books from the above authors. Surely at least one of them mentioned some music you also dig. If you share similar music tastes, I'm willing to bet their writing might also offer you something you'll enjoy.

Any one of the five will do. But I think I would go with La Lupe most of all. I would maybe finally learn Spanish, and it would occupy my time trying to figure out what she is saying. The others simply because they bring out every emotion possible.

My Bloody Valentine or Brian Eno

Tony McMillen from Mostly glorious Tucson Arizona but now I live near Boston. is reading Not, I'm writing July 13, 2016 - 10:44am

Great Article. Thanks for posting it!

(Except for that Bowling for Soup reference. JFC and what the actual EFF squared.)

thanks for sharing such a kind information and i really like it and very helpful.
for more information visit this ATube Catcher Error 204 once.