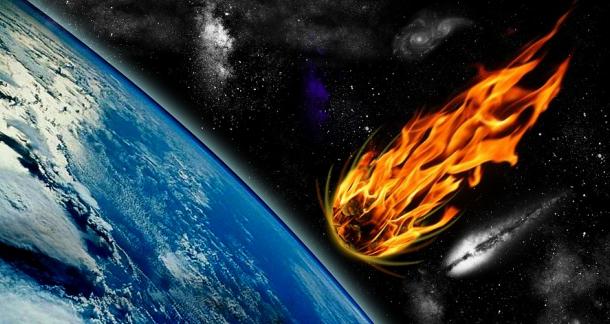 As the internet winds down and we enter the dark ages where we're forced to switch to actual real-world human contact, normal, well-adjusted people (or writers) might be forgetting the most efficient and acceptable ways to interact in this fleeting online arena, So I've come up with this handy list of tips to remind us all how to keep things trucking along as smooth as possible until the last sad Christmas lights wink out forever.

1.) Avoid the High Hat! The anger generated by a snub, accidental or intentional, could power a small city, but, ironically, even as we skid toward the apocalypse, it's the worst thing you can do. So while we're still here, treat everyone on your Facebook page and Twitter feed as equals, regardless of their standing. I know, that's hard. Because even if you love to punch down, you certainly don't like to joke down! But who am I to judge? I mean, I used to scoff at the idea of intuition but it's amazing how many authors on Facebook seem to connect and more eagerly respond to anyone they imagine as successful or more successful than themselves. They just GET each other! Yeah, no, yer gross, ya gross fucks. 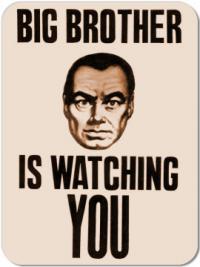 2.) Real quick before I get going, just so this list doesn't just come across like I'm merely settling grudges, let me pick a generic name for some more specific examples. How about if I just use "Dave" to represent a random Facebook user? Trivia note: Did you know that the name "Dave" is so common that at Carnegie Mellon University there is a popular conversation among the male students about the alarming "Dave-to-Woman ratio"? Now that's a lot of Daves! Therefore, any "Daves" used from here on out are definitely not me. Anyhow, imagine that Dave asks you a "yes" or "no" question in your popular Facebook post. Take a moment to answer Dave. Dave has nothing of value to offer during this exchange, but you'll feel good about it once you do it. Don't give Dave the High Hat! (see Number 1). So even if this means you have to stop Tweeting @ celebrities for five seconds to do this, don't worry, they weren't going to respond anyway, and it was embarrassing to watch you do that.

3.) On the flip side, if Dave misses an important deadline, don't jump down his throat because he's analyzing Dan Fogelberg lyrics on Twitter in the hopes that Dan will respond, even though he's been dead for decades. Social media friends can multitask. They contain multitudes! Their pants contain multi-balls! Hypocrisy? Yes. Know it. Understand it. Hypocrisy is underrated, particularly when it comes to authors. It binds us together like saliva.

4.) Political posts are passe. Yes, they've always been passe, but now they're like super-passe, if that's a thing? Just like in the real world. So, as the angel blows its last trumpet and your crazy cousin posts something about loving their religion and guns and your other crazy cousin posts something about President Fuckface, and then your writer friends come in to battle it out with your Jr. High bus driver, keep in mind that it's ironic that the same people throwing around false equivalencies are now indistinguishable from their mortal enemies. So enjoy hell, everyone! Okay, I used "ironic" right the first time up there, but maybe not for this example. It's like 10,000 spoons when all you need is a toilet.

5.) The End of Days is still the Great Equalizer! Remember, on Facebook, everyone is truly equal. Did I already say this? But, yeah, Twitter is still up in the air as far as an actual hierarchy, but if there's a famous person still left on Facebook, they're probably not that famous. So treat them as such. If they post a dad joke, do they really deserve 600 "likes" when Dave only gets twelve? Some big shot says "Awesome" and posts the sunset over an airplane wing, and that post lights up like a pinball machine, but Dave does a half page of in-depth analysis of the car chase in The Seven-Ups and... crickets. Why such a discrepancy? Any of your actual literary, musical, or cinematic heroes have long since hit the road. Or if they haven't, they're considering walking the plank as we speak. So ration out those "likes," just like the chocolate rations in 1984. Because, collectively, we don't have many left. You must have noticed, they're dropping fast, the celebrities and the "likes." Okay, here's the perfect example, remember when you got that fascinating Facebook notification you didn't even know existed: "John Carpenter The Master of Horror just posted for the first time in a while." And soon after, comments flooded his page with thousands of "Hi, Mr. Carpenter! Was Kurt Russell infected at the end of The Thing or what! Yer my hero, and I'm all out of bubblegum!" Then an hour later came another Facebook notification: "John Carpenter The Master of Horror will not be posting for another six thousand years..." So, yeah, actual famous people have deserted this forum, except maybe for that one guy with the movie deal. And someone should tell him he won. We get it, you won. Jesus Christ.

As in all things, just remember, the meteor's gonna hit. Act accordingly.

6.) Embrace your past. With no future, all that's left is the rearview mirror. And, in your wildest dreams, did you imagine you'd still be online, talking to your Junior High bus driver when you hit 40? You thought college was where you were going to reinvent yourself, but those friendships are always fleeting. And Facebook, even as it flatlines, was tailor-made for ten-, twenty-, and thirty-year reunions. It wants to die right along with you! So don't lament the lack of intelligent conversations because you're stuck with childhood idiots who can't stop embarrassing you in front of your edgy writer pals. Just like your family, you don't pick your friends. Ever. Just be glad your high-school buddies haven't figured out Twitter yet:
"Is it okay to send a woman a picture of your penis if you also send it to your guy friends?" #loophole #askingforafriend

7.) Quick question. Are you more likely to engage with a post by a person whose novel you enjoyed, even if he/she stole that joke from Dave's page hours earlier? It's weird but it means you're a fucking monster. I know, I know, seems harsh, but I don't make these rules.

8.) Another question. Do you "like" every other comment in someone's thread all around Dave's one lonely comment, even if his was undeniably the funniest? You might want to read things a little closer. A real connection might have been hiding in plain sight the whole time. I mean, Dave's like, "Sorry for all the free jokes!" am I right? Again, to be clear, "Dave" is just a generic name chosen for specific examples. And these examples are randomly generated by a team of scientists furiously scribbling on clipboards as their test subjects run on treadmills and attempt to swipe through their timelines as quickly as possible, which is the only thing keeping the lights on. So, yeah, the name could just as easily be, say, "David," or "Kelly," coincidentally what my parents were going to name me if I was born a girl.

9.) There's an old saying, "An audience of one is more powerful than an Army of none!" My Junior High bus driver told me that when she saw me sitting alone, and even though she was hammered, I never forgot it. And, similarly, you shouldn't forget the "Only Me" feature on Facebook when considering your potential audience. It's your last line of defense here. So if you feel the need to type out a list such as this, by all means do it, and by all means share it. No one is going to tell you you shouldn't. But at the very last second, share it with an audience of one. Facebook will make it all public when you die anyway. Or when they die. Whichever, as long as we're finally spit out of this digital void and deposited naked and twitching on the concrete. But either way, all will be revealed soon enough when they close the book on us forever, whether we're in the middle of reading it or writing it.

10.) As in all things, just remember, the meteor's gonna hit. Act accordingly. Now excuse me while I unfollow 2,300 strangers who didn't like a grainy ultrasound picture of my unborn child. Or was that my next book cover? Same difference.

Blood's a Rover (and a book! and a movie! and a calendar!)

The Top 10 Shark Books (that are in my house) Just in Time for Shark Week!