The Curse of the Second Novel: Four Ways Not To Fuck Up Book Number Two 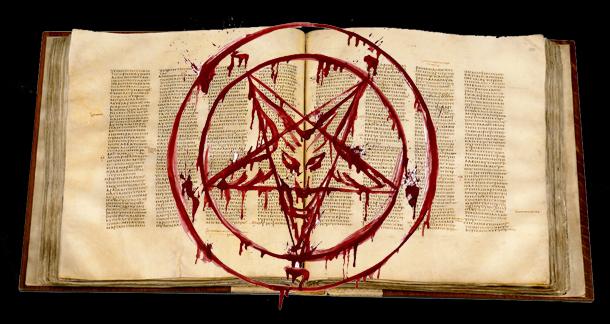 Most authors expect to have a couple of books under their belt before creating The One, but some manage to achieve bestsellerdom with their very first publication. And while the rest of us might envy those lucky few, it’s worth remembering that once you have reached the top, down is the only way you can go. If you shoot high with your first novel, doing as well with your second is a pretty tall order.

Falling flat after a successful debut is so common it has a name: Second Novel Syndrome, and it’s a condition which has afflicted some very big names. But why? Surely second novels should be like second marriages and second babies: easier with experience. Eve Harvey and I spent some time talking about just this on the Scribatious podcast, but hardly had time to do the subject justice before we got distracted by We The Animals author Justin Torres (check him out ladies, he’s seriously hot). Now that I’ve collected my wits again, here’s a more measured consideration of why four big names failed to deliver second time around.

Zadie Smith: success doesn’t mean you can write about anything

“The new Salman Rushdie” said Hamish Hamilton. “A Big New Literary Find” said the Sunday Times. At age 24, Zadie Smith, half white British, half Jamaican, had the literary world at her feet with a novel written while she studied for her Cambridge degree. White Teeth, which followed the vaguely linked fortunes of two London families – one white, one Asian – proved to be that most elusive and treasured of literary commodities: a proper book that sells. Readers loved Smith’s witty prose, stacked with pop-culture references, her way of facing the issues of a multicultural age without becoming preachy or mawkish. In a country where race is an issue as sensitive as a sweaty stick of nitro, we embraced White Teeth with tears of relief. Here was a writer who could say the unsayable, not by saying it, but by writing around it with such sparkling effortlessness that we forgot what it was all about in the first place.

Less than two years later came the second book. In The Autograph Man Smith shifted her subject from race to the nature of celebrity. Sales were good if not spectacular, but even the positive reviews were guarded. Unweighted by the seriousness of the issues underlying her first book, Smith’s prose gave the impression of all style and no substance. Smith has never been strong on plot, even the most fervent admirers of White Teeth admitted that, but her other strengths – dialogue, characterization – compensated. But in The Autograph Man, drawn on a smaller and less imposing canvas, Smith’s little verbal conceits (pop quizzes, factoids, running jokes) made the lack of story gratingly obvious.

Smith’s pratfall illustrates a common theme with second books. A debut success can give authors the impression that they don’t have to be too careful about what they choose to write about, that their style or approach is what readers want. You could say Alex Garland fell into the same trap with The Tesseract, the follow up to his insanely popular debut The Beach. We all loved reading about dropouts in Thailand, but gangsters in Manila philosophizing about the nature of time and space? Maybe not so much.

DBC Pierre: winning the Booker doesn’t mean you can forget the basics

Born Peter Finlay, Pierre burst onto the literary scene with a background as colorful as Smith’s is dauntingly illustrious. The former drug addict and conman was revealed to have stolen money from a friend only days before his book Vernon God Little went head to head with such high powered competition as Oryx and Crake and Notes on a Scandal for the 2003 Man Booker Prize. Pierre’s promise to use the prize money to repay the debt probably had no influence on the judges’ decision: his high octane tale of the aftermath of a High School shooting with its sly and charming blend of allegory and satire deserved all the praise it received.

Pierre’s previous (and repented – DBC stands for Dirty But Clean) misdeeds only served to highlight his achievement. Disarmingly, in a Financial Times interview he says that he, “always imagined literature and books to be the province of much more educated people than me. I never realised that simply traveling and being observant and having a feeling for people and for life is more or less what you needed to write a book.”

That and some discipline. When Pierre’s next novel hit the bookstands, in place of rave reviews, there followed a long and puzzled silence. The kindest interpretation of some of the broken English in Ludmila’s Broken English is that it’s a knowing nod and a wink to the title, but a more realistic view is that Pierre had badly overestimated his ability to turn a phrase. Here’s just one example: 'In the aura known to rise off brutal shifts of fortune, known to lace its gas with arabesques like squealings of Armenian clarinet, she should've sensed trouble's nest was made'.

Strength in one area of writing doesn’t imply strength in another. Pierre demonstrated his ability to create character and setting with VGL, then seems to have assumed this meant he could ignore the basics – including the rules of grammar. Audrey Niffenegger made a similar mistake with Her Fearful Symmetry, the successor to the wildly popular The Time Traveller’s Wife, by dispensing with trivia such as an understandable plot.

Donna Tartt: taking your time is fine, but make sure the wait is justified

Cult books don’t come along every year. But in Donna Tartt’s case, cult books don’t even come along every decade. The Secret History, published in 1992, became the MTV generation’s new Gatsby. The tale of dark deeds at a small New England College sold a million copies (though was never made into a film, interestingly) and probably inspired a thousand ‘what happened that summer’ manuscripts, now languishing in desk drawers all over the Eastern Seaboard.

Tartt never pretended to be a fast writer – Secret History took her eight years to complete - but by 2002, fans were growing restive. Rumours had grown that Tartt was suffering from writer’s block and the trenchantly worded confidentiality clause which accompanied release of a portion of the new book only added fuel to the flames. When The Little Friend did finally emerge, it was into an atmosphere of the type of hysteria we normally associate with the appearance of the latest Harry Potter, or perhaps a new version of the Bible, delivered by God Himself.

In retrospect, all of that speculation and build meant there was no way that Tartt’s Southern Gothic about young Harriet Dufresne and her dysfunctional family could ever be anything but a let down. Even so, critics were not slow to point out the book’s failings, the most memorable (and possibly unkindest) description coming from the Guardian’s David Hare who called it ‘part Enid Blyton, part Harper Lee’.  Put bluntly, The Little Friend is all description and no plot. Proust could get away with that, but he was a genius. Also, he didn’t write about trailer trash or small girls acting like Nancy Drew.

Since then, Tartt has gone to ground, but as another ten year anniversary approaches, word is that 2012 might bring the third of her works to an expectant public.

After the book, the film. Jude Law. Nicole Kidman. Renee Zellweger. Anthony Minghella. Stellar cast, big director. Audiences lapping it up like hound dogs at a pan of buttermilk. Whatever your opinion of Frazier’s Civil War version of Homeward Bound, no one can deny that Cold Mountain hit the emotional sweet spot with a slew of readers. No surprise when Frazier was offered and accepted $8 million for his next book.

Like Tartt, Frazier took ten years to come up with the goods. Cold Mountain (as we all know) concerned W.P. Inman’s struggle to get back to the girl he loves. Thirteen Moons concerned Will Cooper’s struggle to get back the girl he loves. Granted, Cooper does other stuff too – like make friends with the entire Cherokee nation, promise to help them secure their native lands and then spectacularly fail to do so. He does quite a lot of walking too. Structurally different from Cold Mountain (Cooper tells his story Little Big Man style as a reminiscence), Thirteen Moons still bears a strong family resemblance to Frazier’s debut novel.

While sales were respectable, reviewers were deeply underwhelmed: “a taxidermy project” said the Economist , “yokely dokely” said Slate , and from the Washington Post: “Reading Frazier is like sitting by the cracker barrel for hour after hour and listening to an amiable but impossibly gassy guy who talks real slow, says 'I reckon' a whole lot and never shuts up.”

In 2006 Frazier had this to say about his future writing plans: ''if I work on this idea, I'll make the leap into the 20th century…I feel like I'm pretty well done with the 19th.''  It was a wise decision. Nightwoods was published in the autumn of last year. A thriller with a 1960s setting, Frazier’s latest novel has been given a positive reception. So positive, I’m almost tempted to read it myself….

Many authors fall into a ditch after their first novel - there's something comforting in the knowledge that even some of the biggest selling authors have ended up in the mud along with everyone else. Perhaps it's more comforting still to see how some of them have picked themselves up and written their way back to success. Maybe that's the most important lesson of all.

Nice! The column should be a Part 1 - write a Part 2 with more Second Novel Syndrome fails...!

(I forgot all about [or mentally blocked?] Tartt's The Little Friend...hope 3rd time's the charm)