The Butler Did It: Why We Always Blame the Servants 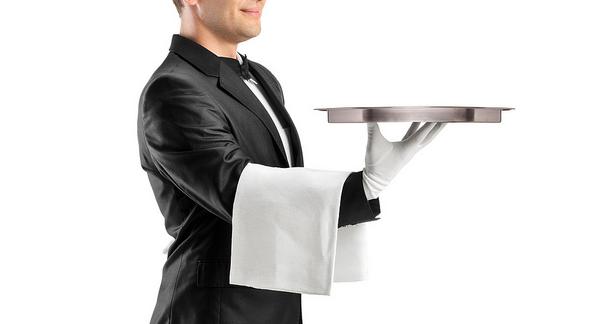 When someone insinuates that “the butler did it” in a crime fiction novel, it’s a way of pointing out the most obvious suspect. But why is that? Upon further analysis, the guilty butler trope appears to damn servants by their employment status alone. After all, they know everything about the victim’s daily routine, and they’re always suspiciously nearby.

Why has the idea remained in the public consciousness for so long, harder to scrub away than blood on a white undershirt?

The saying “the butler did it” is a bit of a mystery in itself, since it’s a writing cliché that was never commonly implemented in real crime fiction. It constitutes what is sometimes known as a Dead Unicorn Trope; an idea that is “twisted and played with but was never actually in wide use in its straight form.”

Sources disagree somewhat on who first used the phrase, but its popularity is mainly attributed to Mary Roberts Rinehart’s 1930 novel, The Door, in which the butler does actually kill his employer. But before this title’s release, butlers were rarely pegged as murderers. A list of detective story rules by Rinehart’s contemporary, S.S. Van Dine, even pleaded with would-be mystery writers to leave servants out of the mix altogether:

A servant must not be chosen by the author as the culprit. This is begging a noble question. It is a too easy solution. The culprit must be a decidedly worthwhile person – one that wouldn't ordinarily come under suspicion.

So, the butler didn’t do it— except for maybe that one time. The murdering butler trope becomes somewhat perplexing in this light. If it’s so uncommon, why has the idea remained in the public consciousness for so long, harder to scrub away than blood on a white undershirt? It’s pure speculation, but perhaps the answer lies somewhere in the disproportionate numbers of the lower classes versus upper, and a misunderstanding of domestic workers.

Theory Number One: Us vs. Them

It’s worth noting that the protagonist of Rinehart’s novel in particular is an elderly woman who lives alone except for those whom she hires. With no immediate family, she is surrounded by servants. Social Identity Theory can be broken down into three mental processes: categorization, social identification, and social comparison. As human beings, we label objects and people in order to identify or understand them. In the process of labeling outside groups of people, we also place ourselves into categories that become a basis for self-identification and self-esteem.

When group identity suffers, so does the individual self-esteem of its members. Outnumbered by members of a group of “others,” such as a household of servants employed by one member of the aristocracy, it’s quite possible that a sense of fear or hostility might arise out of a sense of being overwhelmed by “them.”

There is a degree of separation between servants and “real” characters in fiction (and real life), even when they are not painted as villainous or threatening. This othering of lower class workers can occasionally go beyond merely seeing them as a different group of people; anyone who has been employed in a really terrible service job can recount times when customers failed to treat them as much more than a talking cash register. The reason why the idea of a butler killing someone is frightening is because the butler is meant to serve as backdrop, and nothing more. It’s as though a table or candlestick suddenly became animate and attacked.

In A Broom of One’s Own: Words on Writing, Housecleaning, and Life, author and housecleaner Nancy Peacock talks about her frustration with how domestic workers are often portrayed in fiction. She describes a particularly painful encounter with a mystery novelist who created a maid character out of an inability to find “good help” in real life, creating a fictional perfect servant instead.

Food for thought: according to Mental Floss, Mary Roberts Rinehart was nearly stabbed by one of her servants later in life after declining to promote him from chef to butler. What do you think? Have servants been given a bad reputation in fiction, or is this Dead Unicorn Trope really dead? Let us know in the comments!

It's possible that "the Butler did it" became a trope, not in fiction, but in (perceived) reality. Silverware missing? Wine cellar looking empty? Torn pocket on best jacket? Eh, the Butler probably did it.

Van Dine's plea, viewed in this light, becomes, "Look, we all know servants can't be trusted, that's old news. If you want to write a mystery, you need an unexpected villain."

In this blog we can read a bit descriptions of novels and novels can be different from best essays and blog writing. In novels a  servant must not be chosen as a culprit by the author. This is a noble question that has a too easy solution. The criminal and culprit must be a  worthwhile person.