Embracing the Brutal Brilliance of Pixar 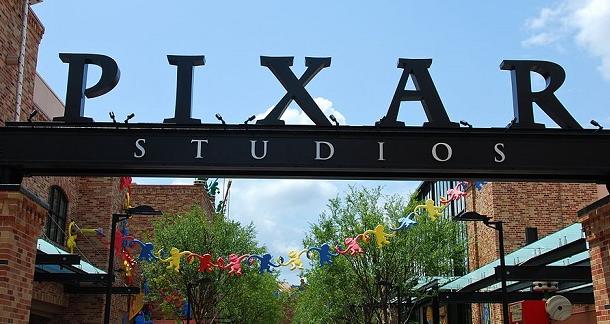 What are the stakes? Give us reason to root for the character. What happens if they don't succeed? Stack the odds against.

That quote is number 16 of Pixar’s 22 rules of storytelling, published by storyboard artist Emma Coates several years ago. A quick glance at the list reveals quite a bit about the company’s modus operandi, which has become notorious for creating highly empathetic characters and then breaking viewer’s hearts by putting them through hell and back. Although predominantly billed as a children’s movie studio, Pixar doesn’t spare characters or audience members the emotional rod.

A Medium Challenged by Technology

Who are the masterminds at Pixar, and what can writers learn from them? Pixar’s origins date back to Lucasfilm’s Computer Division in the late seventies and early eighties, which was later sold to Steve Jobs. In the Bloomberg documentary Inside Pixar, Chief Creative Officer John Lasseter talks about how the unique medium of computer animation deeply influenced their storytelling process from the beginning. Since Pixar was at the forefront of a new medium, they often encountered obstacles in the script that never would have existed for a live action or traditionally animated production. “Art challenges technology, and the technology inspires the art,” Lasseter tells the interviewer.

Most Pixar movies tend to lead by creating a strong emotional bond to the characters through universal experiences, such as the death of a loved one ala Up. Up doesn't waste any space in getting the audience acquainted with how loving and adventurous Ellie is before removing her from the picture; by doing so, the viewer is able to share in her husband's loss. The studio's latest, Inside Out, pivots around possibly the most ubiquitous human experience of all— having emotions and answering for their consequences. In an interview with the Independent, Pixar writer Simon Rich talks about his influences:

I always wanted to be Roald Dahl and the biggest single influence on my writing is The Simpsons. The best jokes, or at least my favourites, are ones that are universal about human relationships.

Happily Ever After, But First...

Consistently, Pixar characters choose the pain that comes with living larger over a path of drudgery and sameness. Wall-E could have continued to collect trash on Earth until his wheels stopped working, and Merida could have obeyed her mother and gotten married without a fuss. Challenging the status quo is what propels the story forward. There may be a happily ever after waiting at the end, but not before a test of fire. There’s a point in Ratatouille when the main character is confronted by a wall of corpses of his fellow rats and his father basically tells him he's next if he doesn't change his ways. Our fuzzy protagonist counters, “Change is nature, Dad. The part that we can influence.” Nothing worth doing is easy, it would seem. Heavy stuff for a rat who spends his days cooking soup and controlling a guy through his hair. And I haven’t even touched on that soul-wrenching scene towards the end of Toy Story 3. If you’ve seen the movie, you know the one I mean.

The popularity of these movies offers further proof towards the point that kids don’t want didactic, infantile stories any more than adults do. Vice versa, adults don’t need gratuitous sex, drugs, and violence for their own sakes to be entertained. And then there’s the Pixar Theory. Let’s not even step foot into that gnarled labyrinth today, but suffice it to say that many viewers believe these movies are comprehensive enough to support their own alternate reality. For a writer, I can’t think of a bigger compliment; through an attentive audience, Pixar’s world has become nearly sentient.