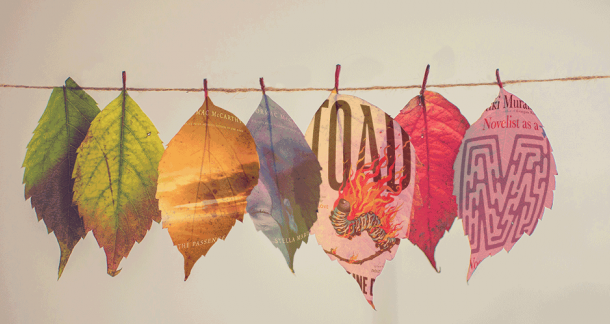 And I don’t care what you all say, summer sucks, in general. It’s hot, everyone smells. It turns out that powdering your crotch to keep the sweat at bay kills you, and yet, some days, given the choice between whiffing the odor when I take my pants off or being dead, the grave doesn’t sound so bad. At least it’s cool under the dirt.

The best thing about the summer is that it ends. And with summer’s end, especially THIS summer’s end, comes some truly huge book releases. 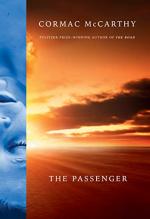 McCarthy fans know it’s been way too fucking long since we got a book from him. 16 years is one way to put it, but I prefer to think that if I put down The Road, his last novel, and immediately impregnated someone, that kid would be (kind of) able to drive by now.

Now, look, I’m not going to puff anyone up, the description of The Passenger sounds kind of weird. Like some nonsense where a writer of submarine-based thrillers is taking a crack at literary fiction, but he can’t resist calling one of his characters “Bobby Western.”

But let’s be fair, the description for All The Pretty Horses certainly does it no justice:

All the Pretty Horses is the tale of John Grady Cole, who at sixteen finds himself at the end of a long line of Texas ranchers, cut off from the only life he has ever imagined for himself.

I’m going with faith. If you tasked me with selecting one writer to believe in, I’ll go McCarthy every time.

Get The Passenger by Cormac McCarthy at Bookshop or Amazon 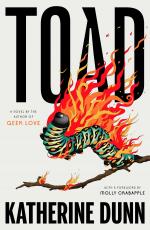 I’m not always big on posthumous novels because, well, sometimes a person finishes a novel and sticks it in a drawer for a reason. Sometimes the thin wood of that drawer and the author's steely resolve are the only things protecting the world from a truly shitty novel.

But with Toad, I’ve got a few reasons to believe we’re in for a treat.

First, Toad was meant to come out in Geek Love’s spot.

A lot of times when you see a novel come out after the author’s death, it’s a first novel, something really, really unfinished, some garbage that only hits the shelves because the author's legacy is strong enough to breed completionist readers.

It’s not usually something from the writer at the height of her powers, which Katherine Dunn was at the time of Geek Love’s publication.

It was written in a very dark period — she was kind of down, kind of depressed…She was normally such a positive person, so she decided she didn’t want it published.

I don’t need to revel in Dunn’s particular tragedies, but…if I’m going to start turning down books by writers feeling the blues, I’m going to run out of reading pretty fast.

Third, it seems like Dunn’s last book, Cut Man, which was set to come after Geek Love, won’t be released any time soon. Again, Dapolonia:

She didn’t want it out there...Those were her wishes.

If Toad was a Katherine Dunn Estate cash grab, I’m pretty sure we’d be seeing Cut Man right now, too.

So, because it’s from Dunn at her best, it’s reason for not coming out was more personal than artistic, and because it seems her estate is willing to let money stay on the table, I’ve got every reason to believe Toad is going to be fucking fantastic.

Get Toad by Katherine Dunn at Bookshop or Amazon 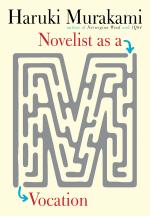 "Novelist As A Vocation" by Haruki Murakami: November 8, 2022

I’m a sucker for two things: Books from Japanese authors and books about writing.

Novelist As A Vocation is both.

If I’m a sucker for THREE things, that third thing would be sports books, and Murakami’s previous non-fiction, What I Talk About When I Talk About Running, was damn fine.

Murakami’s running book gives me confidence that Murakami’s writing book will give us something worthwhile. I mean, it’s got to be easier to write about writing than it is to write about running. No offense to any runners out there, I count myself among you even though it'd be charitable to call my wheezing shuffle a "run," but damn if there aren't a shitload of BORING running books out there. "Oh, you put one foot forward, then the other? Riveting."

By the way, if I’m a sucker for FOUR things, the fourth thing would be pizza. I do not know if this book will involve pizza, but I’m doing that thing where you wish for the life you want in an attempt to manifest it.

Hey, it works every summer. I wish for the summer to end, and it always does. 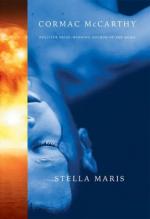 Stella Maris isn’t exactly a sequel to The Passenger. It’s not exactly part of a series. The two books are just sort of interconnected, far as I can tell.

This is the sort of nonsense that I’d dismiss completely if anyone but Cormac McCarthy were doing it. I’d figure they’d just chopped up one book into two, or I’d figure they had an unexpected hit on their hands with the first book, so they ballooned out a second book. Either way, I’d figure it was a cash grab.

This whole endeavor is a risk. It probably doesn't look like it to bookish people, but in the larger context of the actual, real world, we're talking about risk on the level of doing up close street magic without bringing a condom (I assume street magicians are constantly being offered sex).

Do people really remember Cormac McCarthy? Did people who read The Road because it was an Oprah pick ever get into Blood Meridian? Is this the book everyone’s been waiting for, or just me?

But you know what? I really don’t give a shit how anyone else feels about this. Because if you’re not pumped, you’re objectively wrong.

And it's good to see publishers taking a risk like this. I'm in.

Get Stella Maris by Cormac McCarthy at Bookshop or Amazon

Get Geek Love by Katherine Dunn at Bookshop or Amazon

Bookish Hugeness is a great idea. I have never done it before but I think that it would be fun and exciting to do. What I love about the website is that it is a way for people to express their love for books and reading. One of my friend told me this best fall wallpapers source to download best fall wallpapers. It also helps raise awareness about what we should be reading, who are some of our favorite authors, and why reading is important.