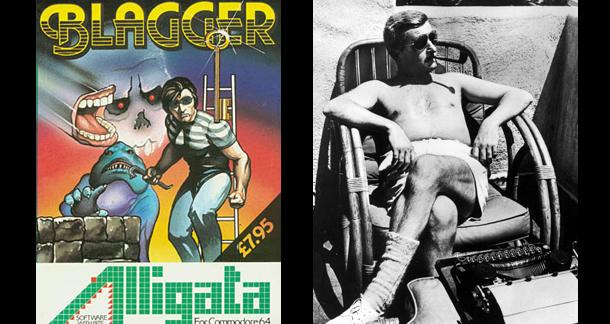 Want to hold your own with the literati but find the idea of actually reading serious books about as appealing as buying lunch from Chick-fil-A while dressed in full drag? Fear not, the Blagger’s Guide is ready to help with everything you need to sound like you know what you’re talking about, even if you don’t.

William Cuthbert Faulkner was the eldest of four sons, born in 1897 to a well to do Mississippi family with a colorful history. His great grandfather, William Clark Faulkner, known to the family as the ‘Old Colonel’, was also a successful author. Clark died when gunned down by a business rival in the town square, an end straight from the pages of his own fiction. Faulkner’s grandfather, John Wesley Faulkner – the ‘Young Colonel’ - owned a railroad, amongst several other businesses. Faulkner’s father, Murry, moved to Oxford Mississippi for work reasons when his son was five. Murry, although a placid individual in Faulkner terms, still managed to get himself shot in the throat as a young man. According to family legend he only survived by dint of his mother successfully forcing him to vomit up the bullet from where it was lodged in his windpipe.

Faulkner was an effete Southerner then?

More the athletic type. Faulkner didn’t indulge in the interesting pastimes of his forebears (slavery and duels being by then a thing of the past), but he only attended his final year of High School because he was the football team quarterback. At the age of 21 he faked an English accent to enlist in the RAF, then training in Toronto. The Armistice arrived before he saw active duty, but he filched a plane on the eve of his demobilization, crashed it, and walked with a limp for the rest of his life.

So how did he get into writing?

The Faulkner clan had authorial form – the Old Colonel was a writer - but Faulkner’s career received a huge kickstart when he met fellow townsman and Yale graduate Phil Stone. Stone read some of Faulkner’s poems and declared him a genius. From then on, Stone would act as critic and mentor to Faulkner, never doubting his friend would achieve a brilliant career as a writer. This seems to have given Faulkner the requisite self-belief to persevere. Stone also put up the money to cover the costs of Faulkner’s first publication.

Which was instantly popular, right?

Nope. That first book – The Marble Faun – came out through the vanity publisher Four Seas. Yes. Faulkner began his career as a self-pubber and, unfortunately for him, in the days before Facebook and Twitter. Unable to endlessly spam his work to a helpless public, Faulkner’s progression from unknown to successful author was fitful and slow. Even after the publication of The Sound and the Fury, Faulkner still struggled to make ends meet as a writer.

How did he make an honest dime?

He wrote for Hollywood. Faulkner wasn’t complimentary about his time in the City of Angels, describing himself as a ‘whore’. To set his comment in context, Faulkner’s output at this time consisted of such classics of cinema as The Last Slaver, Four Men and a Prayer, and Splinter Fleet. Haven’t heard of any of those? Don’t worry, neither has anyone else. Faulkner’s experience wasn’t improved by the low regard studios had for writers. Housed in cell-like cubicles and segregated from the other staff, writers received only slightly better treatment than the average battery hen. Think Barton Fink and you’re getting close: the Coen Brothers probably had Faulkner in mind when they created the alcoholic character of W P Mayhew, memorably played by John Mahoney in that movie.

Alcoholic? Was Faulkner a lush?

In a word, yes. Faulkner didn’t make a career of his drinking the way F Scott Fitzgerald did, but he had a weakness for the bottle, as did his wife, Estelle. His years in Hollywood cemented a fondness for whisky into a fully-fledged, sometimes life-threatening addiction. On one occasion, Faulkner became so drunk he passed out in his hotel bathroom on top of the steam pipe used for heating, suffering burns which would take years to completely heal.

Very interesting. But what about the books?

Oh fine. I’m getting to those. Faulkner published 19 novels and well over a hundred short stories, the latter written mostly for the money. Of his full length works, a handful are truly notable, the foremost being The Sound and the Fury, As I Lay Dying, and Absalom Absalom!

What you need to know about Faulkner as a writer can be condensed thusly:

Faulkner did win the Nobel Prize for literature in 1949, securing his place amongst the greats. This wasn’t so much for the subject matter of his work as his method. Faulkner, like Joyce and Woolf, pioneered the stream of consciousness style of writing. This was a breakthrough in literature. You could say this was the point when the writing became as important as the story. Another way to put it is that Faulkner invented ‘voice’: a distinctive style of writing which – although it belongs to the author – is also an integral element in making the story work.

And what to say to complete the perfect blag about Faulkner…

Faulkner was Hemingway with a Southern accent.

This brings back memories and is perfect. I took a Faulkner themed course about two years ago. It sucked at the time, but I've had time to reflect and his work is actually quite inspiring. We read the collection you have linked and Absalom, Absalom! There were some short stories as well, but I honestly can't remember what they were called.

The book I'm currently writing was inspired by Light in August. One of the characters is named after Quentin from The Sound and the Fury and Absalom, Absalom! He was my favorite character, but unlike Faulkner I don't write stream of conciousness. Not a big fan of the style, though I respect the skill it takes to do it.

Awesome article, he's one of my favorites. I wish I could write like him. The only thing missing was what writing or writers inspired him. I'll have to read his biography.