The Blagger's Guide to Gore Vidal 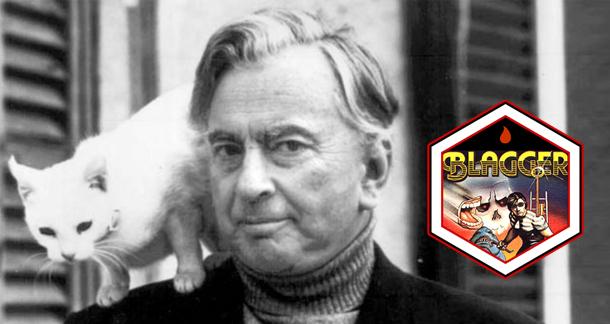 The euphoniously named Eugene Louis Vidal came into the world on October 3rd, 1925 and died this year, just short of his 87th birthday. The son of an aeronautics instructor, his family was so military he was actually born at West Point, in the Cadet hospital, but his lineage was mainly political – one grandfather was a senator and he shared a stepfather with Jackie Onassis.

Right, so he’s not Vidal Sassoon, but where did the ‘Gore’ come from?

The senator grandfather was Thomas Gore. With a characteristic sense of style, the young Eugene dropped his first name at some point during his late teens and adopted his two surnames instead.

So why haven’t I read his books?

Probably because they haven’t aged well. Despite his towering reputation, Vidal ‘s novels lack cultural longevity. The one for which he will probably be remembered is Myra Breckinridge, published in 1968, which rapidly became a cause célèbre because of its unashamed depictions of transgressive sexuality. Vidal’s timing was perfect: Breckinridge hit the bookstores right at the time when the received wisdom about gender and sex was beginning to change. It later made a truly terrible film, with Raquel Welsh in the title role and an aging Mae West as a sex starved talent scout.

If Vidal had stuck to the avant garde in his fiction, he might have prospered better, but his aspirations, if not his lifestyle, were always deeply conventional. His legacy work, as a novelist, was the grandly titled Narratives of Empire series – seven books chronicling important periods in American history by interweaving real people and events with fictional creations. The results are more widely praised than read. Lincoln is probably the best of the series (Vidal naughtily portrays Abe as both a racist and suffering from syphilis); the others founder under the weight of Vidal’s scholarship, becoming earnest and preachy rather than the rattling good reads they could have been.

But he must have been good at something. He was famous.

Vidal, as Martin Amis tactfully pointed out, was at his best as an essayist. Vidal never really managed the novelist’s trick of losing himself in order to put his characters in the spotlight, but as a cultural commentator, his opinions could take center stage. He wrote primarily about politics, but also about the dangers of religion - long before Hitchens became everyone’s favourite atheist - and as a literary critic, his work was arguably unsurpassed.

In his justifiably oft-quoted essay American Plastics he describes Donald Barthelme as ‘trying not to be a maker of dreck, but an arranger of dreck.’ And of Pynchon: ‘I suspect that the energy expended in reading Gravity’s Rainbow is…rather greater than that expended...in the actual writing.’

Vidal wasn’t scared to lock his teeth in the neck of literary heavy weights. About Solzhenitsyn he said: ‘To give the noble engineer his due he is good at describing how things work, and it is plain that nature destined him to write manuals of artillery or instructions on how to take apart a threshing machine.’

So was he like Oscar Wilde? The one-liners better than the fiction?

Vidal was often compared to Wilde (which he must have loved) and both writers managed to walk the line between intellect and camp-bitchiness in a very similar way. And Vidal resembles Wilde in another respect: Wilde’s best work was for the stage and Vidal, while not so hot as a novelist, did succeed in producing two hit plays in the 50s and early 60s: Visit to a Small Planet and The Best Man. Vidal also worked as a screenwriter for MGM, mostly doctoring existing projects rather than creating his own. His claim that he added a gay subtext to Ben Hur is vintage Vidal – he always had an exquisite sense of how and when to poke fun at the mainstream (he later said they didn’t tell Charlton Heston about Ben-Hur’s gay relationship with Messala because ‘we couldn’t bear the sound of so much wood crashing to the ground.’)

Vidal also wrote the screenplay for the notorious 1979 film Caligula, although he publicly disowned the movie after falling out with director Tinto Brass. The spat was very public. Brass said of Vidal’s script, ‘it was the work of an aging arteriosclerotic.’ Vidal’s riposte: ‘Caligula – that’s a Latin word for turkey.’

More quotes! Give us more!!

Yes, judging from the obituaries, the quotes, not Narratives of Empire, are going to be Vidal’s legacy. You’ve probably read most of them already, but here’s five of the very best:

‘It is not enough to succeed. Others must also fail.’

(On Truman Capote) ‘Every generation gets the Tiny Tim it deserves.’

And to end on a topical note: ‘But remember the Republican Party is not a political party. It’s a mindset, like Hitler Youth. It’s full of hatred.’

Vidal claimed Al Gore was his seventh cousin once removed. His family tree was highly convoluted, but it’s actually more likely he was a fifth cousin to Jimmy Carter.

Vidal, true to his political roots, ran for office twice. In 1960 he stood as a Democrat candidate for the House of Representatives and in 1982 for the Senate in California. He lost both times.

Vidal bought burial plots for himself and his long term partner Howard Auster in 1994. They are buried side by side in the Rock Creek Cemetery, Washington DC.