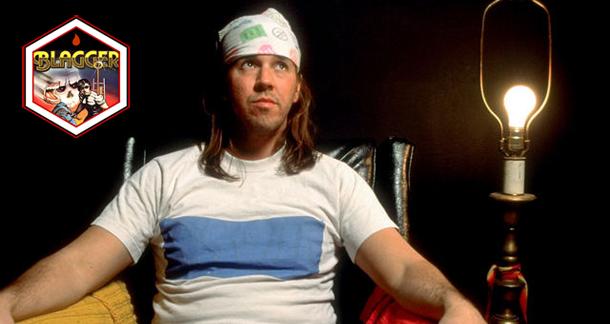 Do you want to hold your own when the conversation turns to this modern literary hero, but develop indigestion at the prospect of  consuming Infinite Jest’s 1097 pages? Dine instead on this tiny, bite-sized knowledge snack about the man that the Chicago Tribune once called ‘a genius’.

David Wallace (the ‘Foster’ was his mother’s maiden name, which he adopted to distinguish himself from the nature writer David Rains Wallace) was born on 21 February 1962 in Ithaca, New York. His father, a philosophy professor, secured a post at Illinois University and Wallace spent his childhood in Urbana, later studying philosophy at Amherst before taking up writing full time.

It’s too soon to say if his reputation will survive the years, or whether he will, in keeping with his prose style, become no more than a literary footnote.

Philosophy? That means he was really smart, right?

Right. Wallace was a straight A student for his whole college career. He was renowned for being able to produce virtuoso papers in a matter of hours, on subjects he was barely acquainted with. He specialized in philosophical logic (which gives him something in common with me) and (unlike me) a brilliant career as an academic beckoned until a senior year thesis in the form of a novel lured him into writing fiction.

Pretty much. Wallace sent a portion of his novel-cum-thesis about Lucy Stonecipher, a young woman who believes she may be a character in a novel (and may be right about that), to Bonnie Nadell then of Frederick Hill Associates, who spotted his potential and sold The Broom of the System to Viking Penguin.

Wallace then produced a book of short stories: Girl With Curious Hair. Both works were highly praised, especially by fans of post-modernism, who thought they detected in Wallace some of the self-referential irony of Pynchon and Barthelme. About this they were right. Wallace was a fan of both writers, citing both Barthelme’s The Balloon and Pynchon’s The Crying of Lot 49 as formative influences.

These established Wallace as a writer to watch and one often bookended with Jay McInerney and Brett Easton Ellis, a comparison Wallace – never a minimalist – thoroughly disliked. That Wallace’s talent was fundamentally different from any other young writer of the time became apparent with the publication of Infinite Jest in 1996. Jest was a barnstorming doorstop of a book, and a reading challenge not just because of its length. Wallace’s use of footnotes (388 of them, some with footnotes of their own), puns, and other verbal tricks to capture the metafictional sense of commenting on the story at the same time as telling it would test the resolve and patience of even the most toughened members of the literati. The book’s huge success can be laid at the door of Little Brown’s cunning marketing campaign, which posed the question: "Have you finished David Foster Wallace's gargantuan masterpiece?" Curiosity piqued, the young and hip queued to buy and being able to say you had read it became an essential qualification for those with literary aspirations.

But I haven’t read it. What is it about?

Whole books have been dedicated to trying to answer that question. Put in its baldest terms, Infinite Jest concerns a short film of the same name, which is so entertaining that it induces a coma in its watchers. The story concerns the efforts of various factions to secure a copy and of the authorities to foil those attempts. It is set in a future US. The title is a quote from Hamlet – appearing appropriately enough in the ‘Alas poor Yorick’ speech.

Short answer, he didn’t. Wallace published only short story collections and non-fiction after Infinite Jest. All were well received, but reviews at the time give the strong sense that none of this later work, especially the fiction, lives up to the expectations set by IJ. The only full length publication Wallace produced, post IJ was Everything and More in which Wallace returned to his original area of study with an exploration of infinity and set theory. The result was heavily criticised by academic mathematicians as containing basic errors. Wallace had never exploited his reputation as a prodigy, but it certainly formed a cornerstone of his myth base and this failure must have hurt. During the twelve years between IJ and the time of his death in 2008, Wallace also worked on a second and very much anticipated long novel along the lines of Infinite Jest - The Pale King. This was published posthumously in 2011. Reviews were respectful, if cautious.

Wait, that means he was only 46 when he died

Wallace committed suicide, hanging himself while his wife took a short break to visit an opening of her work at a local art gallery. He had suffered from depression since college, returning home twice for treatment during his time at Amherst. The depression recurred several times and became severe enough to require ECT. He also struggled with a variety of addictions over the years, primarily to alcohol. He had attempted suicide a number of times in the months leading up to his death.

It is. Wallace was brilliant, but erratic and ultimately unable to live with his demons. In the four years since his death, he’s become something of a cult figure, which is in itself ironic, because one of his bugbears was the sense that he could never live up to the praise lavished on him after the success of IJ. He was an enigmatic and contradictory figure – enjoying praise and adulation, yet living an almost reclusive existence; highly competitive with other authors, yet gentle and friendly in person. It’s too soon to say if his reputation will survive the years, or whether he will, in keeping with his prose style, become no more than a literary footnote.

And what to say to complete the perfect blag about David Foster Wallace:

#1 Wallace was no highbrow when it came to culture. He loved TV shows – the more banal the better – and once said he had the musical taste of a High School girl. His top ten books included The Stand, Fear of Flying and Silence of the Lambs

#2 Wallace attempted to join the Catholic faith twice. He failed on both occasions because, according to him, he asked too many questions during the period of inquiry.

#3 Wallace was a huge grammar Nazi. In an essay for Harpers in 2001, he describes (in a footnote of course) how he terrorized his hapless Eng Lit students for their errors. His special bugbear was correct use of the word ‘only’.

I fell into a groove with longer works of fiction after reading Murakami's 1Q84 and Delillo's Underworld and though I might try and tackle Infiinite Jest.  I read some reviews and such about Infinite Jest and decided to try some of Mr. Wallace's shorter works first.  so I read a couple of short stories and The Broom Of the system.  I will not be reading Infinite Jest.

David Foster Wallace was a competent writer but not a story teller.  I hate to say it but I don't think his work will stand the up over time.

Dino Parenti from Los Angeles is reading Everything He Gets His Hands On October 4, 2012 - 11:10am

Agreed with Tom. I've read IJ, and as ambitiuous and skirting-with-profundity as it is, it's also ponderous, plodding and redundant; the accomplishment for me resided in actually finishing it than with anything actually gleaned from it. And while i found moments of character and prose exhilirating, and his observations astute and unique in places, you can get Wallace's admitted intelligence and wit well enough through his essays and shorts.

And what to say to complete the perfect blag about David Foster Wallace:

I consider my commitment rewarded. I've read Infinite Jest maybe four-and-a-half times - once straight through, and the other times I intended to just read from favorite passages but ended up cycling through the book again...

"Difficult" does not mean "unentertaining" or especially, "failure." There are plenty of easy-to-read books. The difficulty is rewarded here.

I could go on and on. I won't. Love DFW for all his varied forms - one great novel; dozens of great essays; dozens of great short stories. I like that his unconventional prose slows down the experienced reader and makes them truly process the meanings for themselves. Yet, with careful reading, DFW's meanings are all there - but for his style, you the reader are forced to meet the author halfway.

I highly recommend D.T. Max's Every Love Story Is A Ghost Story: A Life of David Foster Wallace...

Wallace attempted to join the Catholic faith twice. He failed on both occasions because, according to him, he asked too many questions during the period of inquiry.

That is the best line I could have read today.