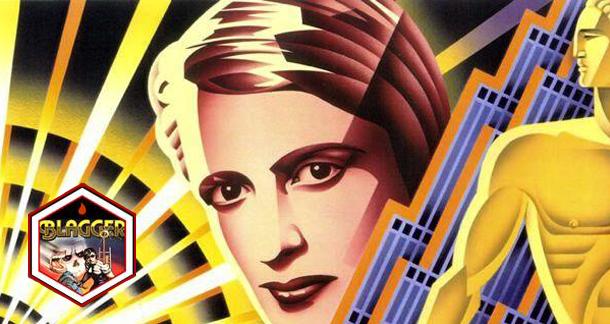 Alisa Zinovyevna Rosenbaum was born on 2 February 1902 in St Petersburg to a well-to-do Russian-Jewish family. Despite persecution during and after the Russian revolution, she studied History at University, with a specialization in film. Her mother had family in the US and in 1925 Rand managed to obtain a visitor’s visa. She never returned, and despite her attempts to get the rest of her family out of Russia, there they remained. Her parents both died in the siege of Leningrad during WWII.

Not a big fan of the Soviet Union then?

No, and this is very pertinent to both Rand’s novels and the particular brand of philosophy she developed. But we’ll talk about that later. Ask me about her name.

It’s hard to get at the truth about Rand, because she liked to change the facts to suit the story, and didn’t hesitate to embellish her myth.

Rand changed her forename upon entry to the US, taking it from a Finnish writer she admired. The ‘Rand’ appeared later and, according to her cousin, was adopted on a whim from the Remington-Rand typewriter Rosenbaum brought with her from Russia.

She was named for a Finn and a typewriter?

So we have to believe. It’s hard to get at the truth about Rand, because she liked to change the facts to suit the story, and didn’t hesitate to embellish her myth. For example, legend has it that two days after her arrival in Hollywood and already almost flat broke, Rand was spotted on the street by director Cecil B DeMille, who offered her a lift in his car, then gave her not only a studio pass but work as an extra. This highly unlikely tale is difficult to disprove, but another often repeated story – that upon arrival in the States, the view of the skyscrapers from the deck of the boat reduced her to tears of joy - is almost certainly apocryphal. She earlier told friends she had entirely missed the skyline and saw it only from the shore as she waited to be processed by the authorities.

After being allegedly talent spotted by DeMille, Rand then found work as a filing clerk in the wardrobe department of RKO and was rapidly promoted to head of the department. This gave her the financial stability she needed to dedicate the rest of her time to writing and, after a year she managed to sell a screenplay – Red Pawn – to Universal. This was never produced, but her play Woman on Trial found a backer and this was followed by the publication of her first novel, We The Living, by Macmillan in 1936.

To complete silence. Rand, never one to downplay her talents, felt ‘disgusted’ at the lack of reaction to her work. With characteristic determination, she decided to throw everything into her second novel.

Which was a success?

The Fountainhead hit the cultural sweet spot and knocked it out of the park. It’s the story of an idealistic young architect named Howard Roark and how he risks disgrace and imprisonment to stay true to his artistic vision. This message of struggle against the forces of mediocrity struck a chord with the public and the book was a word of mouth success, eventually adapted as a film starring Gary Cooper as Roark and Patricia Neal as Dominique Francon.

All of Rand’s fiction was lightly disguised exposition of her philosophical ideas, and after the oppression she experienced in Soviet Russia (see above) she embraced the American capitalist ethos with the fervor drowning men display towards lifebelts. The Fountainhead’s thesis is that socialism, with its emphasis on acting for the good of society at large, crushes individual expression and talent, a message which has been and still is enthusiastically embraced by the political Right.

That’s not much of a surprise

Nope. Rand also was notoriously anti-feminist, once remarking that she thought of women as being of less value than men. From these promising beginnings, Rand developed the philosophical movement she called Objectivism. Again, the premise was that individuals have to be free to act in their own self interest and not to further the objectives of the larger community, a principle she called rational selfishness. In the ‘Red Under Every Bed’ atmosphere of post-war America, Rand’s views quickly gained traction and she spent much time extending them from the arts to economic policy, becoming an arch-critic of the evils of Keynesianism (the most popular economic theory of the time and one which advocated a degree of nationalization and planning). One of her greatest coups was the introduction of then-economic consultant Alan Greenspan, later Chairman of the Federal Reserve, to her theories.

Wait. We have Rand to blame for the sub-prime crisis?

You said that, not me. Anyway, the success of The Fountainhead inspired Rand to greater efforts with her next and final work of fiction. She spent seven years on Atlas Shrugged, an immense doorstopper of a book, which once more expounded the idea that without the contribution of talented individuals, society will crumble and soon we will be huddled in basements wishing we had elected Mitt Romney after all.

Atlas Shrugged (the title is a reference to the Greek myth of the world being balanced on the shoulders of the god Atlas) is set in a dystopian version of the US (think Oceania without the face-rats) and concerns the efforts of Dagny Taggart, the vice president of a railroad company, to discover why the country’s brightest leaders are mysteriously disappearing. It turns out that they have been recruited by industrialist John Galt in his plan to bring down society by removing its brightest and most productive members. Yes, according to Rand, without YouTube and DeviantArt the developed world would cease to exist.

It all sounds rather silly, but to give Rand her due, Objectivism was and continues to be a popular ideology, particularly on college campuses. As many have observed, Objectivism, like Beat poetry and veganism, is the kind of thinking people fall in love with at eighteen and find embarrassing at twenty five.

OK, the philosophy sucks, but was she any good as a writer?

Not really. The Fountainhead can be read for pleasure, but Shrugged is fairly impenetrable. Cardboard characters and plot improbabilities which even an ardent believer in fairies would find hard to swallow are two of the most common criticisms. Fans love the ideas rather than the precision of her prose. The books continue to sell mostly because Rand’s ideas still have political currency in the US, where the proper division between state and individual is a hot topic. In Europe, with its more centrist policies, Rand’s philosophy and by association her fiction is much less well known or discussed.

Anything else I need to know about her?

Rand not only invented Objectivism, she attempted to live it, setting up an inner circle of acolytes who had to run their affairs according to her decrees. She described this group as ‘the only fully moral, fully happy people' in human history and claimed that in her husband Frank O’Connor she had discovered the only ‘ideal man’. Such absurdities inevitably led to revelations that Rand in her 50s had conducted a lengthy affair with one of her minions, the 28 years younger Nathaniel Branden. Far from being the House of Joy she claimed, Rand ruled 'The Collective’ as she called it with a rod of iron. Dissent was not tolerated, tantrums a regular occurrence and Rand’s favourite hobby was to subject her subordinates to minute and painful dissections of their character flaws.

But she didn’t sleep with Alan Greenspan. You can at least rest easy on that score.

#1 The initiation to ‘The Collective’ (Rand’s personal coterie of Objectivists) included making the statement 'Ayn Rand is the greatest human being who has ever lived.'

#2 Rand was buried in Valhalla, New York. At her funeral, her body was laid out next to a huge floral dollar sign.

#3 A rabid atheist, Rand’s career as an extra for De Mille included work on the film King of Kings, a lengthy epic about the life of Christ.

She definitely is one of the main reasons people in America are delusional A-holes.

Dwayne from Cincinnati, Ohio (suburbs) is reading books that rotate to often to keep this updated October 25, 2012 - 11:52am

She was a smart lady with a lot of good points, the problem seems to be that she went a bit too far (in theory and practice) not that her ideas were horrible. I really enjoyed reading the Fountain Head, although I'd say that Cath calling Altas Shurgged 'fairly impenetrable' was the kindest possible description. She did predict a lot of things before they really took off.

The writer was speaking at length with her editor for the first time:

"I asked him directly: What was she like to work with? How had he managed to be that woman’s editor all those years?
Do you want to know why Ayn Rand’s books sell so well? he countered.
Well, yes.
Because she writes the best children’s literature in America, O’Connor said"

Excellent link Scott - and a great quote (squirrels away for future reference).