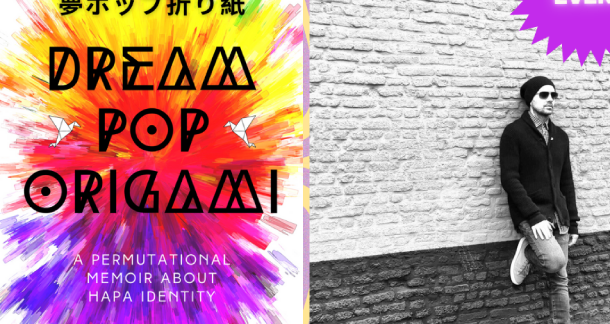 Back in 2002, after I’d returned from a stint in Burkina Faso for the Peace Corps, I realized I had so many intense and vivid life experiences I hadn’t written down in my journal, which I’d used mostly for diagnosing my mental health every day. At the time, I began jotting my memories down in part to remember everything before the details got blurry, in part to make sense of what had happened, and in part to cohere and connect all those disparate life events together. I also found consolation in language. The ability to understand and see my thoughts in English was comforting since I spent most of the day either speaking French or Jula (the local language) or not speaking at all. But I rarely spoke English.

In the back of my mind, I also knew what I wanted to avoid. I’d skimmed enough travelogues at the local co-op table written by upper-class white women who “found” themselves abroad, often at the cost of exploited male BIPOC bodies, so I knew that I wanted to write a different type of memoir that didn’t give a fuck about maximizing sales, but instead appealed to readers who were more sensitive about voice, cadence, and language and hopefully interested in mixed-race/AAPI/Nisei identity & gender constructions, too. A memoir that aspired to be more culturally, historically, stylistically, and racially self-aware. And most importantly for me, artistically speaking, I wanted to write a memoir that was true to my own voice, craft, vision, and form as a conceptual artist. 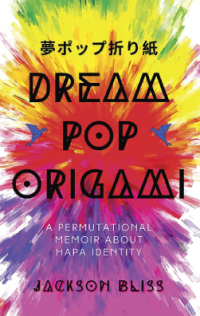 I REALLY didn’t want to write a typical narrative nonfiction memoir with all of its anticipated linearity, food porn, cultural exotification, and self insight per se, though I figured that would sometimes happen organically. I took a nonfiction writing class at Portland State University and had always wondered if there might be a way to connect all of the short essays I’d written for that class and put them together into a coherent and cohesive manuscript. OTOH, I did wanna write a memoir that in many ways was faithful to the genre’s etymology, focusing in particular, on memory, specifically, the many ways that we recreate reality on the page and the many ways we understand and reconstruct memory in language with all of its temporal distortion, nonlinearity, ethos considerations, and cyclicity. It would take me a while to realize that one of the important unconscious and secondary reasons for giving readers a choice in how Dream Pop Origami reads was connected to the first joyful experiences I had as a boy with reading. Even though choose-your-own-adventure books contained such simplistic moral universes and clear-cut right and wrong choices, I used to hate reading before they’d existed. Part of that was the boring, mind-numbing drivel that passed as “social studies” and “history” in the Michigan education system that all of us had to read in order to write book reports no one gave a fuck about.

Years later, I went out for tea with my friend, MFA classmate, and fellow AAPI fiction writer, Lily Hoang, at this New Orleans themed café in South Bend that should have been called Laisse Le Bon Temps Rouler (but wasn’t sadly) and I told her an idea I had for a memoir: imagine an experimental work of creative nonfiction where readers got to choose the essays and/or chapters of the memoir! I’d been ruminating on this thought for much of the semester and it was literally a Eureka! in the bathtub for me.

Sadly, or maybe fortunately, it would take me ten fucking years to write a definitive first draft and another four to five years to revise that little fucker until the memoir sparkled and hummed in the way I wanted it to, in the way I needed it to. In my defense, I was also working on two novels and a dissertation. Along the way, I played an obscene amount of hybrid action-RPG games like Fable 2, Deus Ex, Fallout 3, Mass Effect 2, Fallout New Vegas, and the sheer conceit of the variable narrative as an art form and plot mechanism would return again and again in my own life in ways I wasn’t always conscious of at first, but that always thrilled me. I began to see as I wrote and revised Dream Pop Origami, that giving readers (players) the power to decide which stories are told, how they’re told, and what the consequences of those stories are, can be a powerful, consequential, and organic way to give readers (players) agency, direction, and textual curation that they’re rarely given. And if we’re being real here, I found that idea—still find it—terribly exciting as artist, intellectual, traveler, late bloomer Gen X writer, and a gamer.

Get Dream Pop Origami at Unsolicited Press or Bookshop

Jackson Bliss is the winner of the 2020 Noemi Press Award in Prose and the mixed-race/hapa author of Counterfactual Love Stories & Other Experiments (Noemi Press, 2021), Amnesia of June Bugs (7.13 Books, 2022), and the speculative fiction hypertext, Dukkha, My Love (2017). His writing has appeared in The New York Times, Tin House, Ploughshares, Guernica, Antioch Review, ZYZZYVA, Longreads, TriQuarterly, Columbia Journal, Kenyon Review, Vol. 1 Brooklyn, Witness, Fiction, Santa Monica Review, Boston Review, Juked, Quarterly West, Arts & Letters, Joyland, Huffington Post UK, The Daily Dot, and Multiethnic Literature in the US, among others. He is the Distinguished Visiting Writer at Bowling Green State University and lives in LA with his wife and their two fashionably dressed dogs. Follow him on Twitter and IG: @jacksonbliss.

Different Ways to Tell the Truth: A Primer on Creative Nonfiction Subgenres

Thats great, the information you shared about the birthing of dream pop origami is quite informative and impressive. We are looking for such valubale information so that we could share witht the team managers of app hamraaz login. So they could analyze it and learn new techniques from it. Going to share it with them. Thanks for sharing it here.

You have shared such a valuable information about birthing of dream pop origami. Moreover, your writing style is just amazing.