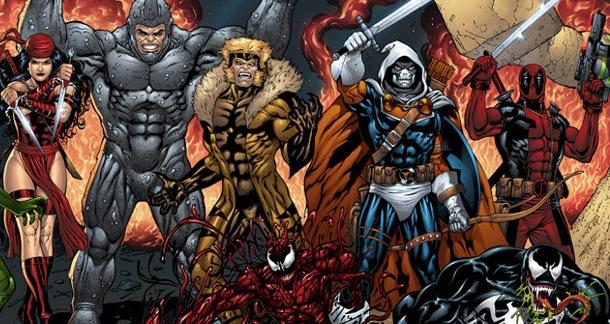 In the spirit of the upcoming holiday, here’s a column dedicated to all those nasty characters we love to hate and hate to love—the bad guys. While compelling villains that prove more fascinating than the hero are certainly not unique to comic books, it is the one place where you see it explored in abundance. A handful of literature’s greatest antagonists might get a novel written about them decades after their original creator is dead. A good supervillain can star in his own ongoing title, and thus keep living, scheming, and returning to wreak havoc forever. If you’d like to learn more about the fascinating field of supervillainy, or simply think it wise to know your enemy, read on. 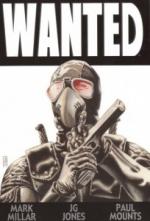 Often hailed as the Watchmen of supervillains, possibly no better primer exists on the topic of how a normal person becomes an extraordinary villain. The story follows Wesley Gibson as he is inducted into the Fraternity, a union of supervillains that banded together to defeat the superheroes and erase them from history. They run the world now, and Wesley has inherited a seat at the big table from his father, who was the world’s greatest assassin, a trait that is apparently hereditary.

Wesley Gibson isn’t a bad person in the beginning of the story. He’s a coward and a pushover, but he doesn’t hurt anyone other than himself. Though he’s done nothing to deserve it, he has been belittled, abused and betrayed his entire life. When he finally discovers he has the power to do whatever he wants, Gibson isn’t inspired to fight crime or serve justice—he just wants revenge, and not just on the people who actually wronged him, but on the entire world for being a pretty shitty place in general.

Gibson represents every bullied nerd that hit the gym in order to become what they despised. The message is a decidedly unpleasant one, fatalistic and lacking in hope. There are no moral codes or ethical standards in Wanted, just a lot of very powerful people behaving like egotistical maniacs. No one in the story is ever motivated by anything more than their own survival or psychosis. A fascinating fable on the dark side of fanboy rage. 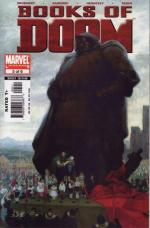 Books of Doom  by Ed Brubaker

Of course, if you’re going to be well versed in the field, you have to study the greats. This miniseries by Brubaker tells the tale of Doctor Doom in his own words, and it is an epic piece of mythology building. Learn how Victor Von Doom, one of the brightest and most promising young minds of his generation, became the most infamous and feared evil doctor in the history of ever. The story of the young gypsy boy who overthrew an unjust king only to become a power mad dictator unfolds like a classic fallen angel parable. Doom is presented as more than the one-note antagonist of the Fantastic Four, and we get a glimpse of the tragic soul imprisoned within, a genius intellect corrupted by hatred and obsession. 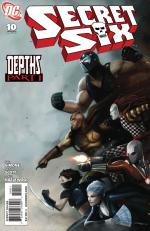 Lex Luthor originally assembled this eclectic team of bad guys to fight another secret society of supervillains. After that gig, the Six continued to work together, making trouble for heroes and villains alike as long as the money was good. Each story arc follows the crew as it takes one seemingly impossible job after another, Ocean’s Eleven style, only with a lot more superpowered fisticuffs. If you’ve ever wondered how a villain makes a living between epic clashes with arch-nemeses, you will find Secret Six enlightening. Over Simone’s legendary thirty-six issue run, this band of misfit villains has included everyone from Bane to Catman, often revitalizing old, unused characters that had been written off as lame long ago. It’s also interesting to see a series dedicated to the adventures of villains that isn’t about their quest for redemption. The Six are very good at being very bad, and they’re not going to change. 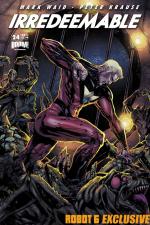 The premise of this series is a question that has plagued the collective imaginations of nerds ever since the first issue of Action Comics. What if Superman went totally batshit insane? The short answer is it would not be good. For the long answer, pick up Irredeemable, the story of the Plutonian, an all-powerful champion of Earth that finally cracked under the superhuman pressure of being the world’s greatest hero, on call 24/7/365. This window into a world living in fear of the angry tantrums of a man with the strength to sink continents is an interesting meditation on one of the more unexamined superpowers of our favorite heroes—their unwavering faith in a code of ethics. Few people stop to think about the miracle it would take for an invincible alien to grow up emotionally well-adjusted with a respect for human life. The Plutonian may be physically invulnerable, but his mind is as fragile as ours, and the devastation he wreaks upon the Earth is just a reflection of a psyche shattered under stress. 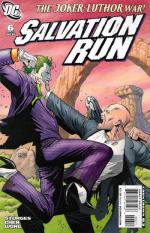 After World War III, the US government created a secret taskforce for rounding up supervillains and quietly dumping them on a faraway planet loaded with death traps, ironically named “Salvation.” Imagine Lord of the Flies if the kids all had superpowers. Despite ostensibly being on the same side, the bad guys are quickly divided into warring camps. Lex Luthor and the Joker throw down, and the chaos only escalates from there. Things spiral out of control until you begin to wonder if the villains will be able to escape their prison before they kill each other. While a bit of philosophy does get bandied about, it’s more about enjoying a free-for-all brawl between all of DC’s biggest baddies.

Those are just some of my favorite books about villains. There are of course tons more out there, and most of a villain’s highlight reel is inevitably contained in the title of his nemesis. Be sure to let me know which of your favorite villains I left out in the comments.

Hrmm? Wanted is called the Watchmen of supervillains? That's all hype for what's really a debauched b-movie style power-fantasy about a loser who becomes the ultimate winner (he never misses). I liked the reimagining of already established characters, shithead was my favorite, but theres no justifying putting it in the same category as watchmen.

How could you forget Alan Moore's run on MiracleMan? To myself, it answers the question of "what if Superman went insane" better than 'Irredeemable'. Moore touches on many of the themes seen in his later work, including the superhero as a source of terror, the sympathetic villain, and exploring the mythology of an established fictional character. If you have yet to read it, I beg of you to find it and enjoy it.