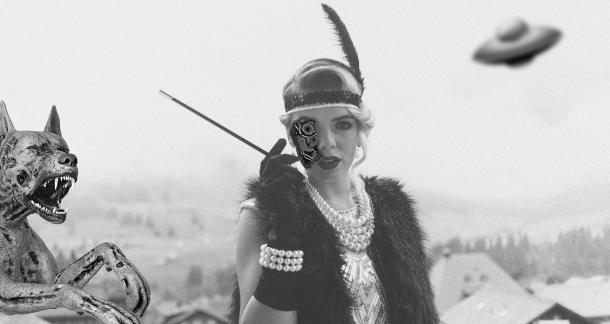 With all this new freedom...what are some of the best and worst things we could do with The Great Gatsby now?

Pride and Prejudice and Zombies was a first, and it was followed by a number of others that added a monster twist to some classic tales. Sense and Sensibility and Sea Monsters, Android Karenina, 50 Shades of Frankenstein, The Mummymorphosis, Attack of the 50-Foot Emma.

These vary in their laziness. Some are legitimately new stories with the classic as the base, and some are...cheap. Boring. Take a book, add a couple zombies, boom, you're a novelist.

It’s not that the idea of adding a wolfman to a classic was horrible. I, for one, wouldn’t mind seeing just about every Shakespeare character getting torn apart by a gill man. The problem is that it’s been done. We got it. And as fun as it was, the joke is in the concept, not so much something I’m looking to read an entire book about. 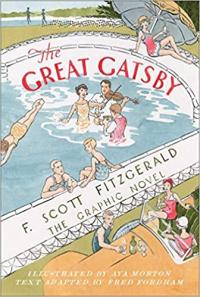 A lot of great, creative cover work happens with books that are in the public domain because anyone can take a crack at it. It's a great graphic design exercise, and fans of the book can look forward to some truly gorgeous editions hitting shelves.

You can really only go one of a couple routes with a gender switch:

One: You can go the route of showing the plight of a gender other than male. Only problem, there's an entire section in the original Gatsby’s Wikipedia entry on how the book is pretty concerned with gender in the Jazz Age. So a version of Gatsby that talks about gender in the Jazz Age has been written, and it's called The Great Gatsby.

Two: You can go the route of writing an almost identical book with gender-swapped characters, demonstrating that gender is a meaningless construct. You’re coming from a solid place, in philosophical terms, and you’ve found the most boring, drawn-out way to make your point.

If you want to learn to write a novel, Gatsby is a great one to imitate. Set yourself up with a specific time period, similar characters, and take them through the same paces. Compare your work to the actual book. At the end, you might have something close to Gatsby, and now that's totally fine AND you can sell it. You might end up with something really different, and that works, too.

Two guys cannot be friends, admire each other, or have any kind of relationship in media without being shipped. Exhibit A: the television program Supernatural. I’d never even seen the show and saw some of this shipping, and then discovered the characters are brothers? That’s weird, man. I’ll stick to pornographics where the sex is between STEPsiblings, thank you very much, you sickos.

Shipping Jay Gatsby and Nick Caraway is a hacky idea. Look, I just had the idea. If I have the idea, that’s a sure sign that it’s not terribly creative, and you need to go further.

Little Women? There are 6 film versions of Little Women and 12 TV movie versions. That’s 18 movies based on the same book. Instead of casting a new version of Little Women, I want to put together my dream cast for a movie ABOUT casting the new Little Women: “Jesus Christ, again? Alright, fine. Who’s like a little outspoken on social media, but not like TOO outspoken? She'll be Doris or Rhiannon or whoever. Is it time for lunch yet?”

I’m not shitting on Little Women, I’m just sayin...there are other books out there, y’all.

When something goes public domain, it’s easier. I get it. But maybe set aside some money, buy some book rights, and make something new.

Predict The Future With It (Best)

The Roaring 20s followed the Spanish Flu epidemic and what was predicted to be a horrible economic situation after the usual downturn that follows war. What everyone thought would be a lousy time was...kinda awesome, at least economically. Sure, the whole thing went to hell inside of a decade, but what a ride!

I know Gatsby is potentially on a de-canonization list. And the effects of turning public domain can be an unknown. Maybe it works in the book’s favor, maybe it removes some of the market forces that push titles.

I’d like to make a brief argument for remembering it.

It’s got an interesting structure. It’s got a style that’s easy to follow. It has a basic set of characters. It’s short. It’s a touchstone because so many of us have read it, and touchstones are in short supply in the book world. It’s simple and tragic.

We should not be having high schoolers read this. That’s idiotic. If I had to pick one book for every person to read, it wouldn’t be Gatsby.

This isn’t the one book I would save if all the world’s books were burning.

But I think there’s plenty that’s worthwhile here, and that is contained in the text, not just as a culturally relevant book.

Get The Great Gatsby by F. Scott Fitzgerald at Bookshop or Amazon