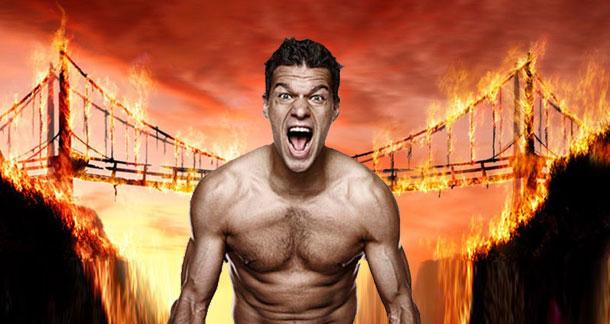 From established to aspiring author—typically in an interview format, you never see the advice go much further than: read, write, and learn as much about the craft as you can.  It’s rather standard, often recycled, and although I agree with it, I’d have to say most of my more memorable lessons came through trial and error.  Specifically, these are things you shouldn’t do as per the trial and error of others.  Not simple blunders, mind you, but large lapses in judgment that pay lasting damages.

Also known as: Pulling a James Frey.  Call it a “slight alteration” or “embellishment for literary effect” if you want, but the rest of the world will call you a liar, plain and simple.  Doesn’t matter how well-written your book is.  If you’re releasing a memoir or piece of non-fiction, there can’t be a single line of bullshit in there lest you’re prepared to be burned at the stake.  Best to treat it like a courtroom: the truth, the whole truth, and nothing but the truth.  Literary perjury is one of those crimes where the reader may forgive you, but they never forget.

Don’t lash out on reviewers

Also known as: Pulling a Jacqueline Howett.  It’s actually best if you don’t respond to reviews in the first place, but this indie author went completely nutter butters and decided to drop a series of F-bombs upon the reviewer in question and subsequent commenters.  Defensive doesn’t cover it.  Howett put on the angry pants and went for a long walk.  A few thousand Facebook and Twitter shares later, and this chick was deemed literary poison all because some random Blogspot dude decided to call her out on her punctuation and grammatical errors.  The funny thing is that if she hadn’t said anything this would have blown over in no time.  Now she’s famous for all the wrong reasons.

You’d think that’d be common sense, right?  Well, apparently not.  Now I understand that authors are a self-archiving kind of species, but it’s best to keep your bathing suit area out of the discussion and off the forum boards, if you can.  Just picture it: your book has just been released, the culmination of years of hard work, and then out of the Internet blue, your genitals decide to crash the party.  Now a bad review or shitty sales is the least of your worries.  Cue facepalm.  You’re a naked idiot.

Don’t have a public meltdown

Things are not always going to go the way you want them to.  At some point, someone you may or may not know is going to speak negatively of you and the thing you love doing (writing), and that ol’ fight or flight response is going to kick in.  Then, because it’s just too damn easy to express yourself on the Internet, you’re going to say something out of anger.  A few back-and-forths later and you’ve got a full-fledge argument on your hands, complete with a lexicon of four-letter words.  Keep in mind, no matter what you say, it’s not going to help you or your career.  In fact, it’ll probably hurt it.  Just ask Mel Gibson.  No one can fault you for getting upset, but try and recognize the difference between someone simply not liking you/your work and trying to illicit an outburst.

The most popular example of this is when an author has been rejected by a certain lit mag enough times that they begin publicly bashing their publication.  Fictional Facebook update:

Fuck Word Riot!  They wouldn’t know good writing if it put them in the backseat of a Camaro and got them pregnant!

I’ve seen it happen, and it’s a surefire way to make sure your work is never considered by them again.  Same rule applies for publishing houses and authors.  The literary world is smaller than you’d think, and it doesn’t take long for word to get around about your rampant case of sour grapes or latest online rant about so-and-so being a bastard for not publishing your story.

Don't steal from other authors

Cardinal sin, man.  Normally, I wouldn't even address this because it should be obvious.  Apparently not.  Q.R. Markham just recently had his two-book deal with Little, Brown and Company canceled due to the little copy and paste operation that was his debut, Assassin of Secrets.  And this guy stole like it was going out of style.  We're not talking about a few lines, but entire passages from many different books.  Seriously? How dumb are you to steal James Bond material and think someone won't notice?  Well, Markham thought he could, got caught, and now he's lost everything.  Let that be a lesson: write your own stuff.  Even if it's not great, at least it's yours.

Hopefully, you’re seeing the theme here: avoid being impulsive and deceitful.  Exercise self-control.  Try not to kill your career before it even gets a chance to start.

Now wait a minute here.  Don't go overboard.  How about, "Don't post naked picture of yourself on the Internet, Stephen King."

Because there is nothing wrong with sharing ALL your gifts with the world.  And it's not a party until some genitals have crashed it!

My genitals will practically sell these books for me. Practically, not literally.

Is it justitified that I will never read anything again by James Frey?

One of the reasons I have to think on buying another book from OSC is his explanation of one of his books on Amazon. He wrote in the review section and made an excuse for every complaint people had over his work. I don't really know how I feel about that. You shouldn't have to make excuses for your work, and the way he did it was... awkward.

So I agree. Just stay away from reviews. Especially the ones on Amazon... they make you... weird.

As an aspiring author I am always looking for nice little nuggets from fellow authors.  This one is the nuggetiest!  Love the tips.  Will make sure to follow them faithfully.

Lol I love you, Brandon!! I think I am guilty of #3: Don't Put Naked Pictures on the Internet but I am unsure.  :(  I mean, it was just email and it was to an ex... soooo I think I'm pretty much screwed in that department if I ever gain any fame. HELL ON EARTH.

@Monica, you could send those pictures to me and I'll make sure they're not on the internet.  Call it a detective service.  Pro bono, this time.

Great little piece. Thanks for contributing that. Someone actually stole whole parts? Wow.

What? Oh sorry back to the discussion. So I shouldn't go shirtless in my author picture? I don't think Ryan Reynolds patented that yet.

I agree to not ripping your reviews 100%. (I've only had one so far and it was funny as hell). I do think it's okay to rip on critics in gerneral. Often critics I've encountered have been lofty and highbrow, and not able to handle edgy, dirty non-pc works. They shit on and on about issues that don't matter. Flame the ebook and indy/self publishers. My fun with critics > Penis size vs Book size: http://jonnygibbings.wordpress.com/2011/10/24/penis-size-vs-book-size-sa...

Also, don't steal from authors. I'm taking this means their work? Because I have a nice collection of expensive pens from those writers things they keep making me go to.

Joshua Chaplinsky from New York is reading a lot more during the quarantine November 16, 2011 - 5:05am

Was wondering if anyone was going to notice that. I personally had no idea who he was, but when I was Googling "angry naked dudes," that was the least disgusting picture to come up.

NotMarilyn from Twin Cities, MN is reading Mistress of Rome by Kate Quinn November 16, 2011 - 5:37am

Great article. Regarding the plagarism fiasco, that's just a case of olympic-quality laze. In his long-winded explanation for his act, he claimed that he didn't believe he was capable of writing what they were asking of him. Okay, Quenten, put on your big girl panties and get over it. Whoever told you writing was easy lied to you.

if she hadn’t of said anything

That's not quite proper grammar, especially in an advice bit for an author's to-don't list.

"if she hadn’t of said anything

That's not quite proper grammar, especially in an advice bit for an author's to-don't list."

The point of grammar is to communicate.It is not to make people feel bad in public forum. This too shall pass.

Did you pay Michael Ballack to use his image? :) 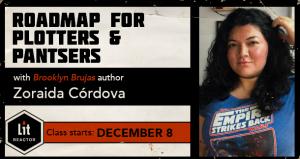 Roadmap for Plotters and Pantsers with Zoraida Cordova

Plotter? Pantser? Or somewhere in between? Learn how to harness the power of the outline with award-winning author Zoraida Córdova in this 2-week workshop.