The Architecture of Fantasy: How Authors Use Real Places To Build Imaginary Ones 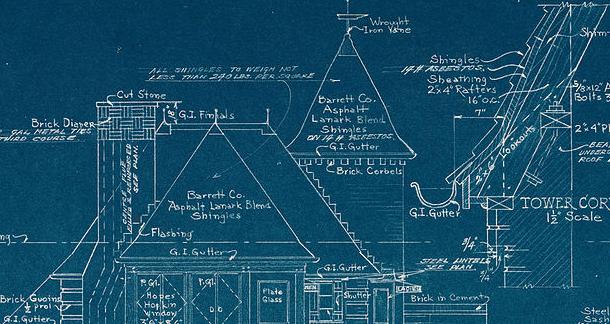 Last month, J.K. Rowling announced that the North American school for witchcraft and wizardry is named Ilvermorny. It's apparently one of 11 major wizarding schools across the globe, with others located in Brazil, Japan, and Africa.

Since the release of this new information online, fans have scrambled to pinpoint the real geographic locations of these schools. There have been guesses that Ilvermorny lies roughly in New England, possibly in Salem, Massachusetts. Others have named Detroit or approximated a point near the Canadian border. Some degree of excitement typically greets any update to the Harry Potter universe, but there's another lesson to take note of here. By connecting her invisible world with real places, Rowling has managed to cultivate a feeling of greater involvement within her community of readers.

Imaginary lands hold a lens up to the flaws and troubles of own realities, acting as a foil to showcase the way things could be if only the laws of physics were slightly different.

When authors build worlds, they take reality into their own hands. The prospect of designing an entire cosmos from its Big Bang moment to Armageddon is exciting and empowering. In this situation, the author becomes architect, engineer, site inspector, and construction contractor. But there are several solid points in favor of choosing a real location to build fantastic elements on top of, instead of creating one purely from scratch. Think of the setting as a kind of scaffolding; it comes with a prefabricated structure that readers will already have some basic understanding of.

This scaffolding allows the author to reflect on real events and grounds the story in solid cultural or historical roots (how effectively those elements work together can vary enormously, however). A preexisting setting also offers a chance for the writer to manipulate the outcomes of actual events. How would an elven invasion have altered the development of modern warfare, for instance? What would the East India Company have done if forced to cope with a plague of sea serpents? Jonathan Strange & Mr. Norrell by Susanna Clarke is a good example of how well this fusion can work. The Industrial Revolution is, after all, far more interesting when magicians are involved.

The blending of real and unreal events and places is sometimes referred to as “low fantasy,” versus the expansive worlds of high fantasy, a division that began to evolve as far back as the Edwardian era. One of the most fascinating things about low or “urban” fantasy is its hidden proximity to the real world. Another universe may lurk at the back of a wardrobe in an English country home, or down the bottom of a rabbit hole. Sometimes our world and others overlap, like the center of a Venn diagram. These new worlds that still retain vestiges of our own offer a unique angle; they allow the author to make comparisons. Imaginary lands hold a lens up to the flaws and troubles of own realities, acting as a foil to showcase the way things could be if only the laws of physics were slightly different.

Have you ever heard the saying that the best lies hold an element of truth? It's the context of witnessing these fantastic elements so close to home that makes them all the more believable. The Oxford of The Golden Compass by Philip Pullman shows how completely a skilled author can cloak fantasy in a veil of reality. By devoting great attention to the detail of the various colleges and their inhabitants, it's possible to almost forget that the animal daemons which accompany humans in Pullman's world aren't as normal a part of Oxford as the Bodleian Library.

Arguably, even authors who choose to place their characters in an invented land still use knowledge of established social norms and laws as a crutch, otherwise these groups wouldn't be recognizable to readers as a form of civilization. This could be interpreted as a reflection of how people across time and space often have the same basic desires—it stands to reason that the same would apply to characters in other realities, regardless of whether they're strictly human or not.

As a writer striving to make sense of getting words into agreeable shapes, while making sense of the landscape, I liked this viewpoint.

When I took writing classes at the community college, I was told to write things I know about. At the time it didn't occur to me how that statement could be taken literally. This article clarifies that idea. It also gives an insight to simplifying how worldbuilding can be fashioned on parts of towns and cities we grew up in and visited.

I will put this kernel of information in my journal and use it on the stories I'm working on. Way to go Leah. You payed it forward! 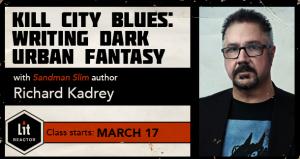 Take your audience on a wild ride through the mean streets that straddle the line between darkness and light.