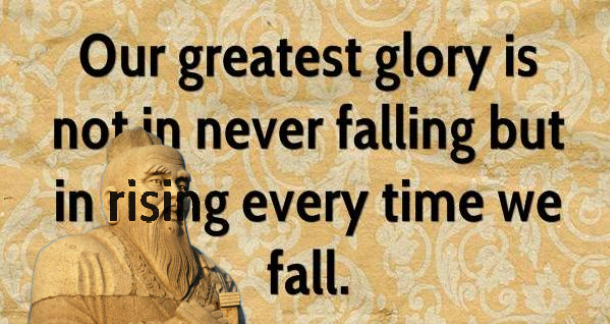 K’ung Ch’iu, K’ung Fu-Tzu, K’ung Chung-ni... These aren’t exactly well-known names in western culture, but when you mention Confucius, everyone knows who you are talking about. He has gone by all these names. The infamous latter title is the westernized name assigned to him.

He is arguably the most quotable figure in history. So many of his sayings ring true today that writers, philosophers, and everyday people can relate. If it weren’t for him, we’d have no Mr. Miyagi or “magical Asian” stereotype. In the Disney cartoon, Mulan, the main character’s father speaks more like Confucious than a parent. It’s a bit overdone and quite silly, considering Confucius was not an easily reproduced figure.

He had his own following and continues to influence people across the globe, despite the Hollywood portrayals. So who was this mystical man who had all the answers?

His class struggled most, and he found it important to encourage morals on every level to regain prosperity for everyone.

If you asked him, he’d probably say: I’m just a teacher. A simple man.

His birth date has been historically reported to be August 27th, but is widely celebrated on September 28th across the east due to shifting calendar conversions. He was born around 551 BCE and started his adult life working as a public servant to the Prince of Lu. He earned his way up to the Justice Department, but eventually returned to his hometown to create his own school. It was there that he believed he could do the most good.

His students often became followers who memorized his sayings and wrote them down for him. Like a religious figure, he spread knowledge with compassion and understanding. There is some debate as to the authenticity of all of his quoted sayings. He may have gathered a lot of his teachings from others or crafted them himself, but his presence captivated the people of his time and offered a lasting impression.

China had been warring for some time when he came to popularity. His class struggled most, and he found it important to encourage morals on every level to regain prosperity for everyone.

Leading by example, benevolence, encouragement and general humanism is found in most of his teachings. He believed it was the job of a ruler to care most for the well-being of the people and lead them to happiness.

These principles were so well-received that his disciples spent over 200 years refining and spreading his message. By the second century BCE Confucianism became the official state religion of China. His impact was so great that he was elevated to mythological status, and his legacy today is legendary.

Historians enjoy covering the man behind the myth. Philosophers debate his simplistic notions. Leaders choose to follow or ignore his stances. Religious devotees herald his word as that of a god. Some of us just enjoy learning from him and working to understand how and where all of his collected sayings came. So many of these timeless ideals can apply to modern life, and they are a great link between our world and the past.

In essence, Confucius is universal. His teachings are guides that fit modern life despite having been created in a time very unlike our own.

“The Complete Works of Confucius” is a valuable read for anyone, no matter what they look like, how they were raised, or what they believe. They guided China through some of its darkest times. The modern-day country could highly benefit from returning to a culture of Confucianism, as would others.

Here are some favorite quotes that prove valuable even now:

-Wheresoever you go, go with all your heart.

-Respect yourself and others will respect you. 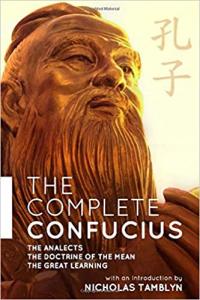 -Give a bowl of rice to a man and you will feed him for a day. Teach him how to grow his own rice and you will save his life.

-To be wealthy and honored in an unjust society is a disgrace.

-The superior man is modest in his speech, but exceeds in his actions.

Buy The Complete Confucius at Amazon