The Age of the Unoriginal Idea 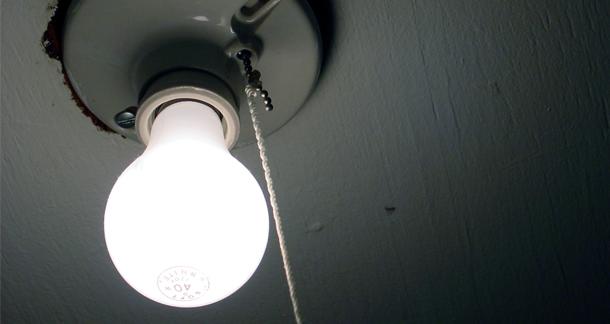 It happens to the best of us: we spend painstaking hours typing away at a keyboard, finishing a first draft drenched in our blood, sweat, and tears; then, with trembling hands, we pass the story onto the first of our beta readers. All is going well—they gasp at all the right moments, laugh accordingly, cry when necessary—until they pause halfway down a page, look you dead in the eyes, and say those dreaded words:

“This reminds me a lot of [INSERT RANDOM BESTSELLER HERE].”

At first, this sentiment seems like a compliment, but slowly, as the day passes, the comment begins to eat away at us. Similarities to other popular stories begin to leap off the page, the words running laps around our brains as we dissect every plot point and scene. And suddenly, without even realizing it, we’ve come to the inevitable conclusion: our carefully crafted story is a fake, a knock-off, a fraud. We meant to create something original, but in our efforts, we’ve instead resurrected a carbon copy of Frankenstein’s monster.

This isn’t an uncommon occurrence, and sadly, it seems to be the way writers exist in modern times. Nowadays, every story has been told before; every word has been spoken. No idea is 100% original or completely without influence from the millions of plots found in books, film, and television. There is always some overly blunt critique partner out there waiting to read our latest project and utter the words, “Don’t you think this has been done before?”

In truth, trying to avoid clichés or tropes sometimes does more harm than good...

Of course it has. It all has. Some argue the point that almost every story in the world can be boiled down to eight basic plots:

1. CINDERELLA – The main character’s true potential for happiness is finally realized after a long series of ups and down
2. ACHILLES – A fatal flaw leads to the character’s downfall
3. FAUST – The debt that must be paid finally catches up with the character, just as Faust experienced when making a deal with the devil
4. TRISTAN – The eternal triangle
5. CIRCE – The “spider and the fly,” where the protagonist is pursued to the death by an unstoppable force
6. ROMEO AND JULIET – Boy meets girl, boy loses girl, and boy finds girl again
7. ORPHEUS – The character receives a gift that is inevitably taken away
8. THE INDOMITABLE HERO – The protagonist persists no matter what odds he or she faces

Open your eyes to these general plots and you’ll eventually see them in everything. For instance, take the movie “Grease.” Diluted to its core concept, it’s a perfect example of the ROMEO AND JULIET plot summary. “Raiders of the Lost Ark” effortlessly captures THE INDOMITABLE HERO. Many current slasher flicks lend themselves to CIRCE. No matter how hard a story tries to break free of a conventional premise, this theory is proof that it can almost always be linked back to another story that has already been told.

The question then becomes, how hard should we as writers try to avoid such preconceived notions—and is there even a point in striving for originality? It seems there are clichés in everything written these days. Writing a story about vampires? Someone’s going to be of the opinion that it’s overdone, no longer trending, cliché. Does one of your stories feature a wise old man that leads the protagonist through his journey? Psh! I’ve seen this a million times. It’s a cliché if I ever heard one … but why does that even matter? So what if there are a few clichés sprinkled throughout the narrative, when all that really counts is how riveted the reader is by the book. In truth, trying to avoid clichés or tropes sometimes does more harm than good, because it hampers the natural creative flow of the writer and can be a detriment to the plot structure of a story.

The point of all this is clear: pure originality has become a thing of the past. Our writing will be full of clichés and common tropes even after we edit every word with a fine-tooth comb. This realization can stop authors dead in their tracks, and sometimes even cause them never to pick up a pen again. But it shouldn’t. Why? Because just because a story has been written before—just because a concept has been overused—doesn’t mean your take on that concept isn’t unique or different from the rest.

Creative writing has roots in imagination and discovery. And with so many words in the English language, the same exact story can be told in a million different ways. In short, writing a meaningful story doesn’t mean you need to come up with something totally new; it just means you must approach that story from a new perspective. Reshaping old, worn out plots full of clichés and tropes can sometimes lead to the most epic books—the ones readers enjoy the most despite their original flaws—and this, really, is what we as writers should all strive for.