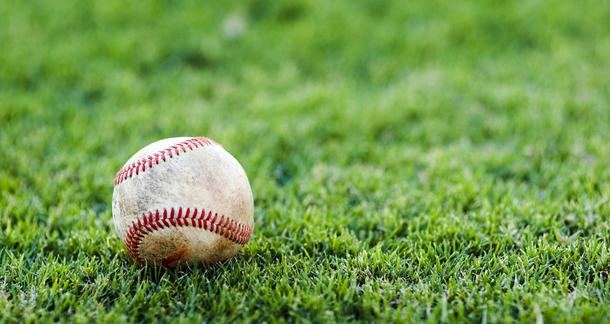 It’s difficult to find great novels about sports. In the here and now, writing about sports is often discouraged in writing programs, or left to the short story, and a writer interested in sports often goes into journalism to be closer to the action and drama of a live game. Literary fiction (whatever that is) tends to focus on interiors, both of character and time, rather than the outward exhibition of a game. Sports and fiction often mix like oil and water.

And maybe that’s the idea: sports are the undercurrent of great fiction, not the primary focus. I don’t really think of my book as a sports novel, though sports are part of the fabric of the story, in part, because novels have to give the reader something more than the game. How does a novelist compete with the visual spectacle of sports, one of the only things in contemporary life that remains truly unscripted?

Here’s how these eight novels pull off the amazing feat of holding our attention. 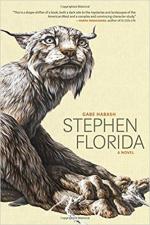 The eponymous anti-hero of this book is a college senior at a North Dakota University who is determined to win the Division III NCAA wrestling championship. Stephen’s voice—smart, sociopathic, driven, unstable—is pitch perfect and intoxicating, especially when Stephen’s plans are thrown sideways by a devastating knee injury and a new and unexpected girlfriend, Mary Beth. The harsh winter settings and the isolation of his training are particularly haunting, and the wrestling scenes are finely choreographed, detailing the three periods of a seven-minute match, the positions and techniques with taut sentences filled with sharp language. 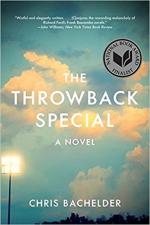 "The Throwback Special" by Chris Bachelder (2016)

Every year, 22 men reunite at a hotel and adjacent football field to re-enact—in full uniform and precise choreography—the infamous Giants vs. Redskins play when Joe Theismann broke his leg. There isn’t one main character: each man’s story is unique, and the deft navigation through the minds of these men is a fascinating look at what unites them… and keeps them from getting too close. This regular sense of mystery, the unanswerable question of “who is this person?” permeates each scene of their arrival, the selection of who plays which player, and just enough of a glimpse into each man so that the reader is thinking about their lives long after you finish the book. 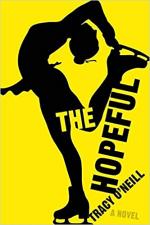 When a novel’s chapters are titled as sessions with a psychiatrist, the reader knows the protagonist has, and will, suffer. In this debut novel, figure skating prodigy Alivopro Doyle makes all the sacrifices she can—including dropping out of school and commuting hours into Boston everyday—to be an Olympic champion. But a horrific fall breaks two of Ali’s vertebrae and leads to an addiction to painkillers. From the buoyancy of the ice to the fierce competition among the teenagers, this is a terrific examination of obsession, focus, and family. 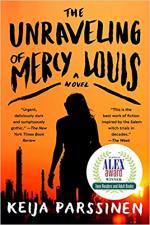 "The Unraveling of Mercy Louis" by Keija Parssinen (2015)

Set in the small Texas town of Port Sabine, Mercy Louis is the star basketball player on a team that inexplicably lost State the previous year. A perfectionist of body and mind, Mercy’s failure from last season and an inexplicable crime coalesce, and the pressure from both her community and her family begin to squeeze Mercy to the breaking point. The basketball scenes are exact and visceral, but it’s the pitch perfect delivery of small town life and the struggle to understand who she is that makes Mercy’s story so unforgettable and painful. 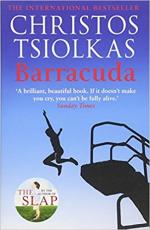 Another wonderful book about the obsession needed to achieve success in athletics—and how many people crack under that pressure. Fourteen-year-old Danny Kelly is a swimming prodigy, one of Australia’s bright shining hopes for Olympic glory. The pressure eventually cracks him, and twenty years later, now calling himself Dan and living with his partner in Scotland, about as far away from Melbourne as he can possibly get, he must unravel and share the secrets of his past and present. The novel’s strength is the way these two parallel storylines run together, and in particular, the long chapter set on the night of the 2000 Summer Olympics in Sydney. 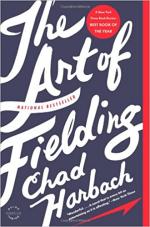 Perhaps the most sports-y of the sports books, this is a novel explicitly about college baseball, focusing on undersized but star player Henry Skrimshander and his teammate Mike Schwartz. While other events at fictitious Westish College involve affairs, family, and love, it’s the baseball at the heart of this book, from the locker rooms to the training to the preparation to the practices to the games that make the book so memorable. One throwing error by Henry sends him into a dark spiral, capturing the infamous “yips” better than any other baseball book, diving deep into the psychology of the game and the madness of athletic failure. 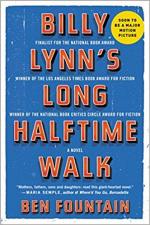 To be fair, this is as much a war novel as it is a football novel, as both permeate the story in tactile ways. The combination of the Dallas Cowboys, Thanksgiving, and the surviving members of Private Billy Lynn’s U.S. Army’s Bravo Company is a perfect encapsulation of pageantry, pomp, and the excess of the military-industrial meatgrinder we call professional football. One of the things that sticks in my memory about this book is how young these “men” are, both the soldiers and the players, and how the world so often treats them merely as discardable entertainment. Fountain’s novel is unforgettably great. 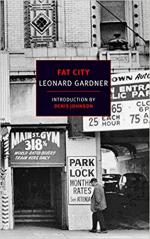 For this last selection, we go back forty years for what is widely considered the best American sports novel. I read this novel for the first time last summer, and perhaps unsurprisingly it doesn’t have a ton of boxing. The story revolves around two men: the washed up (at age 28!) Billy Tully, who with nothing better to do with his life decides to make a comeback, and young Erne Munger, a teenager who shows promise at being a championship fighter. Promise, though, might be a curse for the men of Stockton, California, who lurch between flophouses, the gym, and dingy bars. These men fail in spectacularly quiet ways, and the fight scenes are choreographed with precise language and rhythmic beauty.

What about you? What are your favorite sports novels that aren't really about sports?

Michael Nye is the author of two books, the story collection STRATEGIES AGAINST EXTINCTION and the novel ALL THE CASTLES BURNED. His fiction and nonfiction have appeared in American Literary Review, Boulevard, Cincinnati Review, Epoch, Kenyon Review, Lit Hub, and The Millions, among many others. The former managing editor of the Missouri Review, he currently lives in Columbus, Ohio, with his family.

You can't talk about Barre exercises without mentioning the sportswear - https://www.achieveprime.com/en/collections/barre/barre that has helped men and women to develop muscle mass and lose fat. There are many different pieces of clothing that can help you get those barre workouts in. From traditional gym wear such as speedos to new versions of exercise wear designed for barre workouts, you can find a lot of options that help you be your best during your workouts. Whether you need to do quick pull-ups or want something a little more loose for when you're doing compound exercises, there is a piece of clothing that will work for you.