The 7 Greatest Fears of Horror Writers 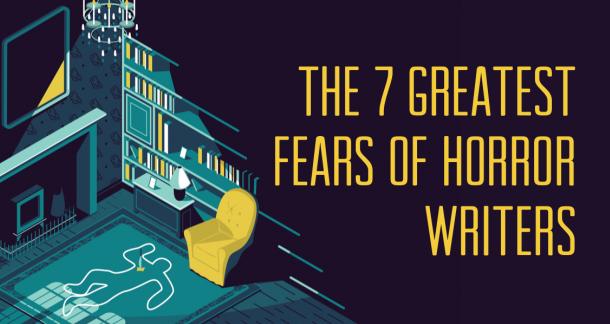 October has rolled around, and we, readers, once more return to horror fiction in anticipation of Halloween. We put ourselves in the hands of masters like Lovecraft and Barker, or new kids like Joe Hill — all with the aim of scaring ourselves stupid.

But what chilling thoughts keep horror writers awake at night? What thing scares Stephen King? What makes R.L. Stine lose his mind? Take our hand as we peel back the velvet curtain to reveal the seven terrifying things that frighten the frighteners.

1. The Trolls of the Interwebs

Legend tells of these horrific creatures, living in their parent’s basements, who enjoy nothing more than to savage authors with their one-star reviews. The truth is always more terrifying: trolls are indistinguishable from regular people. By day, they are teachers, doctors, and stay-at-home parents. But when darkness falls, they find their way to /r/horrorlit or the forums of HorrorWorld to mount their campaign of terror against up-and-coming horror writers.

A word of advice to authors: don’t feed the trolls. Fighting back and responding with reason only makes them more belligerent.

What [you] once saw as the decisions of a hack are now the sensible choices of a professional.

The Muse is a fickle creature. Sometimes she presents you with an idea so original, it has the potential to take your career to the next level. Other times, she gives you a wonderful premise that you spin into a chilling 90,000-word manuscript before your editor tells you that you’ve just re-written a popular Dean Koontz novel you forgot you read back in high school.

If only you had Googled the idea before you started on this fool’s errand.

Indeed, the horrors of All Hallow’s Eve are nothing compared to the grilling you can expect on the writer’s least favorite time of the year: Turkey Day.

You dread the thought of your uncle — you know, the one who runs the paint shop off Main Street — ribbing you for being a horror author. “Tom Clancy! Now there’s a guy who know how to write,” he will say, for the third year running.

Even worse is your well-meaning aunt, who offers to pitch your latest novel to her book club. The consternation on her face when you tell her it’s a 500-page body horror epic is enough to put you off your candied yams.

Though there is no scientific proof of its existence, this affliction haunts the dreams of many talented and prolific writers. This disease can strike out of nowhere, causing a drought where inventive plots and terrifying ideas used to flow freely. In its place, the author is left noodling with some half-baked story about a haunted can of Axe body spray.

This ability-draining plague is not to be confused with Writer’s Block, a comparatively benign condition with many well-known cures. An acute case of IST (Incredible Shrinking Talent) can leave even the most successful horror writer housebound, for fear of hearing another reader say how they love their “early work.” 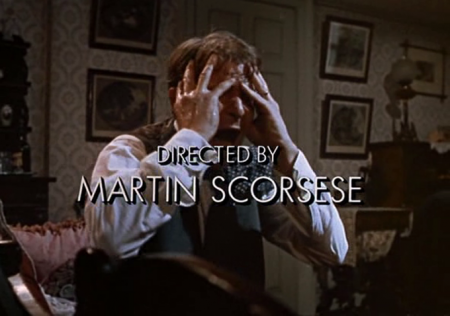 5. The Fear of Becoming the Thing You Hate the Most

In “Mirror, Mirror” — an episode of Amazing Stories directed by Martin Scorsese — a horror novelist played by Sam Waterston finds himself haunted by a grim spectre in his mirror. This phantom is eventually revealed… to be the author himself!

Many authors start from a place of idealism, vowing never to become what they see as a “sell-out” — someone who follows recommended word-counts and writes sequels to their popular stories. But as the realities of publishing start creeping in (along with the demands of a mortgage), these authors evolve their work to suit the needs of their editors and the desires of the reading public. What they once saw as the decisions of a hack are now the sensible choices of a professional.

In the dark night of the soul, the now-successful author will find himself with glass in hand, staring into the mirror. He will think of his younger self and say, “What the hell did that guy know, anyway?”

6. The Spectre of the Plot Hole You Hope No One Notices

No two words in the English language have the potential to haunt a horror author as much as “good enough.” For that is what happens when a proofreader spots a glaring plot hole, just days before the publishing deadline. “Good enough,” the authors will say, dooming themselves.

Each new reader carries a metaphorical shovel that could unearth your oversight. Every fan who approaches you at a book signing could be the one who finally asks, “Hey, if the doctor knew that the door was locked all along, why didn’t he just leave and call for help?”

7. The Elephant’s Graveyard (aka the “Remainders Bin”)

As published authors are deeply aware, joy is fleeting. The elation felt when their novel hits the ‘New Releases’ section of Barnes & Noble is equalled only by the dread of seeing it months later, tarnished with these marks:

These black symbols signify that a book has been “remaindered.” Its popularity has been over-estimated and now the publisher is looking to purge it from their warehouses with heavy discounts.

You might see these marked books piled in a bin at your local bookstore, perhaps with a sticker that says “3 for $10,” covered by another sticker marked “$0.99.” Too many of these death marks will signal only one thing: the author’s days are numbered (or not, depending on how you look at it).

Creepy Fact: Stephen King plays guitar in band called “The Rock Bottom Remainders” with a number of other bestselling authors.

Are you a horror writer? What keeps YOU up at night?

Re: Remainders Bins....I can't tell you how many authors I discovered by buying stuff out of the remainders bins...

Heck, even Steve King ends up there...I found a copy of "Joyland" at my local Dollar Tree...next to Robert Galbraith.....