The 7 Deadly Sins of Struggling Writers 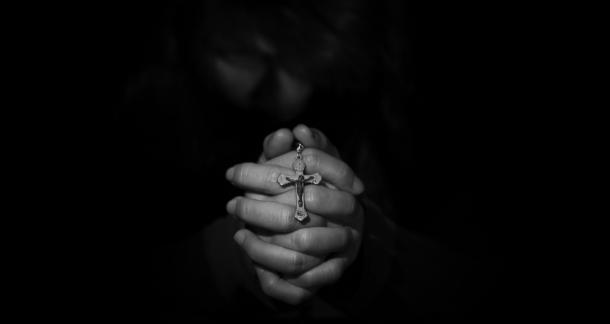 I am a working writer, and I’ve been guilty at some point or another of all seven of these sins. I still struggle, but I make an effort to not do the stupid shit listed below. Some of these are rookie mistakes; others are self-destructive and toxic to the literary community. Stopping even one of these behaviors will help an aspiring writer become the writer they are supposed to be.

1. The Need to Always Be Right

I’ve met struggling poets, horror writers, and even literary fiction writers who are bitter, struggling dudes not living up their talent. I don’t know why this is a male phenomenon, but it’s always dudes, and the one thing they all have in common is they have to be right and always believe they are right no matter what. They are attached to a narrative that only serves their ego. It keeps them from focusing on trying to get better at their craft. No matter how much talent, if a writer has the toxic mix of very low self-esteem and overblown self-importance, they will never get far in their writing career.

2. Ignoring the Business Side of Publishing

Look, no one likes dealing with money. It’s disenchanting, it’s discouraging, it's not fair, the list can go on and on, but just remaining proudly ignorant and not bothering to at least grasp the business side of things is going to kill the chances of anyone beyond your close friends enjoying your work. If that is all you want, forget this paragraph. Hell, forget this whole piece. But if you want to at least make this a part time job, then you have to see it as part time job. It’s not really about the money, it’s about the readers, and you need some business sense to reach them. It’s just a fact.

Writers that spend all their free time orchestrating witch-hunts and talking shit behind people’s backs are a cancer on the literary community.

3. Not Seeking Help, Mentorship, or a Great Editor

All these come down not wanting to get better. It’s the sin that fuels all the other ones. We idealize the lone wolf writer who protects their genius from outside influences, but it’s not real. Writing is like theater, music, and sports—getting better comes down to whom you’re practicing with. If you have a good coach, the sky is the limit. Writing is a skill set, and an editor or beta readers will help any writer improve. Sometimes it is overconfidence, but most of the time it is simply fear. You worry that you might not be as good as you thought. That may very well be true, but everyone has to start somewhere.

4. Allowing Resentment to Consume You

The philosophy of Nietzsche and the tenets of the 12 Steps of Alcoholics Anonymous might seem like opposing philosophies, but the overlapping theme is that resentment is awful. Every struggling writer I meet that thinks they are never going to go anywhere is full of resentment. At least envy leads you to work harder, but resentment breeds a false sense of unfairness and becomes passive anger. Instead of focusing on craft these writers focus on nepotism, the buddy system conspiracy, the evil small press editors, New York, the MFA system, and other writers who are more successful. Writers stew in resentment, writing more angry social media posts than stories, essays, or poems.

5. Being Motivated by Validation and Praise Instead of Craft

Writing requires a zen-like balance of caring and not caring what other people think. Staying true to your own vision and passion but still thinking about the reader, or at least the editor, is a challenge. Validation and praise are nice, but they don’t really mean shit. I'd rather have someone tell me what is wrong with my work than someone give thoughtless praise that doesn’t help me improve. That has been the toughest one for me, but my confidence comes from seeing myself get better, not by Goodreads or sycophantic reviews.

I have broken some writing rules and it has paid off. I’m all for breaking the rules. Writers that don’t know the rules and don’t care to learn them are not artistic rebels—they are just lazy and pretentious hacks. If you don’t know the rules, you are not rebelling, you are just being a shitty writer. No one is above craft. Nabokov is Nabokov because of how good he was at breaking the rules he knew, not because he never learned them.

7. Throwing Shade Instead of Supporting Your Fellow Writers

Writers that spend all their free time orchestrating witch-hunts and talking shit behind people’s backs are a cancer on the literary community. These people mask their lack of talent in a haze of drama. They target writers and publishers that have spurned them and they set out to destroy their careers. Everyone has talked shit at some time or another, but the good ones try to avoid such petty pastimes. Writers are natural born drama queens, but if you make it a habit you will only self-destruct as word spreads about you and your shady ways. The writer’s life is hard, why make it harder? Don’t be a hater.

That's the Big Seven. If you were to include an eighth, what would it be? Keeping in mind "sloth" is already one of the sins that applies to everyone, not just writers.

Dino Parenti from Los Angeles is reading Everything He Gets His Hands On September 6, 2017 - 8:25am

It can proably be an adendum to #3, but learn to take and apply criticism to your work, especially from reputable editors. Don't be a lash-back monkey.