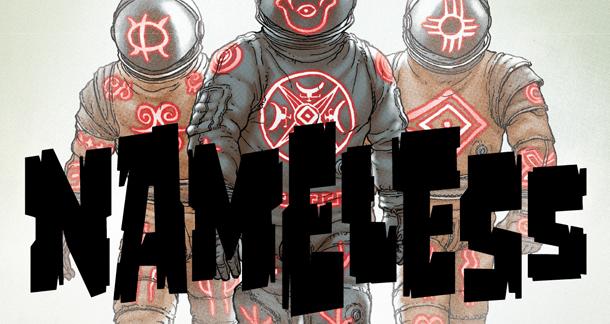 I rarely review or write about comics. I read a lot of them, but I find it hard to offer any significant analysis or criticism. I'm not well versed in their history, and talking about the art is probably the toughest thing about it. I can, however, point you towards some stellar horror books that are on shelves right now. Some are high concept, some have unique settings and some are just fun. Should be something for everyone. 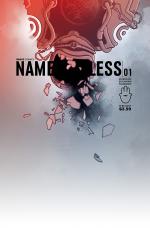 An astronomer kills his family, then himself, leaving a cryptic warning. A Veiled Lady hunts her victims through human nightmares. An occult hustler known only as 'Nameless' is recruited by a consortium of billionaire futurists for a desperate mission. And the malevolent asteroid Xibalba spins closer on a collision course with Earth. But nothing is what it seems—a terrifying inhuman experiment is about to begin. Abandon all hope and experience ultimate horror in NAMELESS.

Well, it's Grant Morisson. That should say a lot on its own.

Nameless doesn't take long to get into the thick of things, and it doesn't take long to start messing with your head. I'm not gonna pretend that I figured out everything about it; as far as I'm concerned, we're looking at a bleak ''future'' were all those Lovecraftian races that look like dudes with fish on their heads or bipedal frog monsters have taken over the world. It's more of a dystopian than a post-apocalyptic situation, as evidenced by the inhuman languages that have replaced shop signs and how society seems to be doing its thing as if everything is fine. Or it could be a dream/parallel dimension/vision of the future type deal, but like...why speculate? Just go read it. 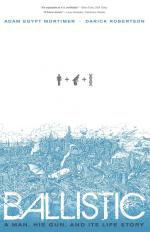 Ballistic is just pure fun, but also kinda gross and disgusting. There's a gun that speaks and is kind of an asshole. It likes blowing up gangsters. Gun likes to do drugs.The whole thing takes place on a trash island. An island of trash.

If you even remotely enjoy Videodrome, pick this one up. It's not quite Cronenberg-styled slow burn madness, but it's still pretty cool, and funny to boot. 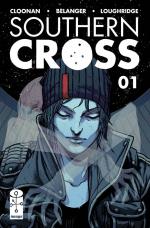 Sci-fi horror might just be my favorite blend. There's not a lot of it out there and probably even less of it in comic books.

NOW BOARDING: Southern Cross, tanker flight 73 to TITAN! Alex Braith is on board retracing her sister's steps to the refinery moon, hoping to collect her remains and find some answers. The questions keep coming though—how did her sister die? Where did her cabin mate disappear to? Who is that creep across the hall? And why does she always feel like she's being watched? Inspired by classic mysteries and weird fiction, SOUTHERN CROSS is a crucible of creeping anxiety and fear as Braith struggles with the ghosts of her past on board a ship that holds secrets best kept buried.

The first issue explores the setting a bit while also priming the events that are about to unfold, but after that you're already diving into the weirdness of Southern Cross. The titular ship is a grimy, claustrophobic oil tanker packed with people, that doubles as a shuttle to the oil rigs of Titan. Mostly everything in this genre will eventually get a comparison to Alien, so I'll get mine out of the way now: I'm a big believer of the way space ships look in Alien; dirty, practical, with tech that looks like it came straight out of the 80s and robotic voices over the speakers. Southern Cross isn't quite as low-tech as that, but everything else is pretty close, so already this one's got my vote on aesthetics alone.

Andy Belanger's art is a good fit. Vaguely Jodorowskian in the spaceship panels and backgrounds, and with some pretty interesting characters to work with, he knocks it out of the park. The coloring complements it well.

I purposely haven't read much further than issue #2 before writing this. The mystery of Alex's sister's death has taken some pretty weird twists and turns and there have been a few quite creepy scenes. I have high hopes for the next issues in terms of amping up the strangeness and delivering on the horror promised. 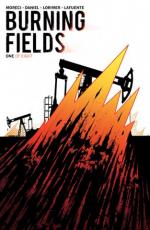 Dana Atkinson, a dishonorably discharged army investigator, is pulled back to the Middle East when a group of American oil technicians disappear under bizarre circumstances. With the help of an Iraqi investigator, what Dana discovers is unimaginable: a series of unusual incidents at the drill site lead her and her unlikely ally to discover a mythic evil that has been released, one that threatens both the lives of the entire region and the fragile peace that exists.

Burning Fields is trying to pull of a pretty daring story. A possibly American serial killer loose in the oil fields controlled by US interests, targeting mostly locals. A female investigator teaming up with the local authorities in the form of Iraqi detective Aban Fasad to catch him, with the oil company's head security guy running interference.

I've seen a lot of reviewers pairing it up with True Detective. It's not an unfair comparison, although Burning Fields takes a more direct approach (and then plunge) into the supernatural, which True Detective never really did. I don't feel like this detracts from it though, as the writing is excellent and that atmosphere of dread the first issue exhibited sticks around throughout the comic book's run.

If you're into serial killer thrillers, with maybe some mythic supernatural stuff thrown in, give this one a shot. 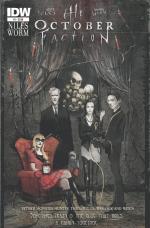 The creative team behind Monster & Madman would like to introduce you to the ongoing adventures of retired monster-hunter Frederick Allan and his family… which include a thrill-killer, a witch, and a warlock. Because sometimes crazy is the glue that binds a family together.

I'm gonna indulge myself here and talk about October Faction. A somewhat more pulpy offering than the others, it carries no less the brand of Steven Niles, the author behind 30 Days of Night, Mystery Society, Criminal Macabre and other stuff. This one is somewhat reminiscent of Mystery Society in its dynamic, albeit a bit darker.

I'm getting some Addam's Family vibes on this one, which is fine with me because I love the concept in whatever form. The fact that this is veering more into horror territory can only be a good thing. The first issue is a bit light on plot, more of an introduction to the characters, but it picks up significantly. Stick with it and you will be rewarded, if any of the things I mentioned earlier make your ears perk up.

Have you read any of these? What are some of your favorite horror comics currently out there?

I would also add "Trees" to this list. Written by Warren Ellis and drawn by Jason Howard. It's a bit more sci-fi than it is horror.

Archie Horror is putting out some of the most beautiful work right now. Chilling Adventures of Sabrina is flawless.