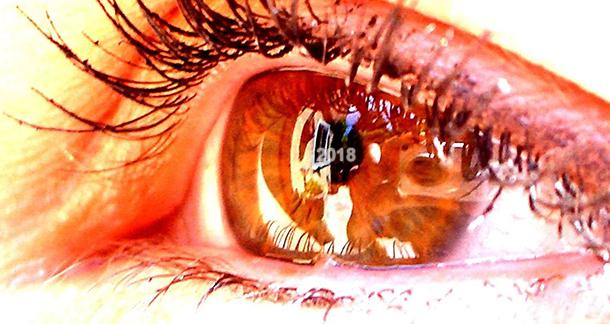 The present may be a shit show but there is no denying how beautiful it’s felt to be a horror fan lately. Last year, both in film and literature, we were treated to some truly wonderful works, and it looks like this trend will continue into 2018. Take a look... 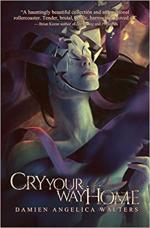 Any time I work on a project that requires short stories from others, I add the name “Damien Angelica Walters” to the top of my invite list. Her fiction is straight-up mesmerizing and every new story she produces is a treat. Her newest collection, Cry Your Way Home, just dropped a week ago, and I can’t wait to dig into my copy. Here’s a cool tidbit: the collection’s title is taken from one of the stories found within its page, “Little Girl Blue, Come Cry Your Way Home,” which I originally published in my 2016 anthology, Lost Signals. 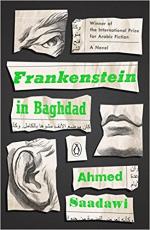 The premise of this book is nuts and I doubt my abilities to accurately describe it to you, so just read the description below:

From the rubble-strewn streets of U.S.-occupied Baghdad, Hadi—a scavenger and an oddball fixture at a local café—collects human body parts and stitches them together to create a corpse. His goal, he claims, is for the government to recognize the parts as people and to give them proper burial. But when the corpse goes missing, a wave of eerie murders sweeps the city, and reports stream in of a horrendous-looking criminal who, though shot, cannot be killed. Hadi soon realizes he’s created a monster, one that needs human flesh to survive—first from the guilty, and then from anyone in its path.

I want this book so much, and now so do you. 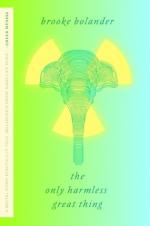 13. 'The Only Harmless Great Thing' by Brooke Bolander (January)

I’ve been a diehard fan of Bolander since first reading “And You Shall Know Her by the Trail of Dead” in Lightspeed. The rest of her short fiction is also fun as hell and I can’t wait to get my hands on her first feature-length work. The Only Harmless Great Thing promises an “intersection between the Radium Girls and noble, sentient elephants [...] in a dark alternate history of rage, radioactivity, and injustice.” I’ve mostly seen this book promoted on science fiction and fantasy lists, so maybe it isn’t exactly horror, but also maybe who gives a shit? Just go read The Only Harmless Great Thing, okay? 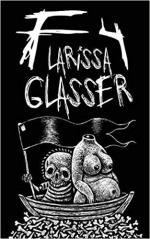 Things promised from the description of Larissa Glasser’s F4: a cruise ship, a kajiu, a transgender bartender, a cruel captain, and a community of...internet trolls. Yup. Sign me the hell up. 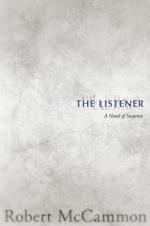 11. 'The Listener' by Robert McCammon (February)

Robert McCammon is one of the masters of horror, right up there with King and Straub. You think The Stand is the best post-apocalyptic novel ever written? Go read Swan Song, then apologize for blaspheming. And Boy’s Life? Easily one of the most powerful books I’ve ever read. You bet your big beautiful butt I’m eager to get my hands on February’s The Listener, which takes place during the 1930s and involves a kidnapping and a man with special listening abilities. 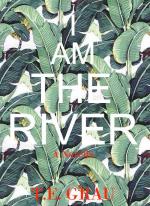 Back in 2015, T.E. Grau gifted us with a story collection so good, I still tremble with excitement just thinking about it (The Nameless Dark). He has a new book coming out next month set during “the last desperate days of the Vietnam War” about an American soldier “assigned to a secretive CIA PSYOP far beyond enemy lines.” Hell yeah. 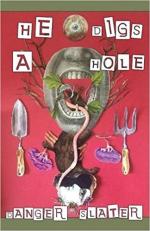 Danger Slater (yes, that’s his real, legal name; don’t let anybody tell you different, especially the author) is not only a weird dude, but also a wonderful writer. I have no idea what his new book is about, but I can tell you two things already: the cover and title are awesome, and the product description is perfect.

Get a job. Get married. Buy a house. Cut off your hands and replace them with gardening tools. Dig a hole. Can you hear the worms calling? Keep digging. 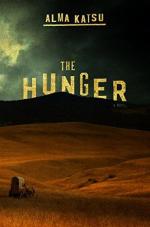 I didn’t realize how much I wanted a horror novel based on the Donner Party until learning about Alma Katsu’s The Hunger. Two words I adore in the same sentence when describing a story are “supernatural” and “historical,” and the market copy for Katsu’s contains them both. I am so damn ready for some sweet-ass cannibal action, you have no idea. 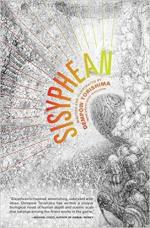 This one might depress readers who find themselves trapped in Office Hell. When I first saw the title of Dempow Torishima’s novel, my initial thought was, “Huh. What the heck does that word mean?” Then I looked it up and felt the hole in my soul widen: endless and unavailing, as labor or a task.

Sisyphean not only sounds frighteningly relatable, but also...marvelously strange. Check this shit out:

The company stands atop a tiny deck supported by huge iron columns a hundred meters high. The boss there is its president—a large creature of unstable, shifting form once called ‘human.’ The world of his dedicated worker contains only the deck and the sea of mud surrounding it, and and the worker’s daily routine is anything but peaceful. A mosaic novel of extreme science and high weirdness, Sisyphean will change the way you see existence itself. 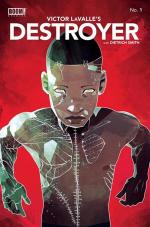 Anything Victor LaValle touches feels like royalty. Go read literally any of his books, and you’re guaranteed to love every moment of it. I could write an entire tome praising LaValle’s skills, but instead I’ll quickly introduce you to Destroyer, a comic book reimagining of Frankenstein.

Mary Shelley’s Frankenstein beseeched his creator for love and companionship, but in 2017, the monster has long discarded any notions of peace or inclusion. He has become the Destroyer, his only goal to eliminate the scourge of humanity from the planet. In this goal, he initially finds a willing partner in Dr. Baker, a descendant of the Frankenstein family who has lost her teenage son after an encounter with the police. While two scientists, Percy and Byron, initially believe they’re brought to protect Dr. Baker from the monster, they soon realize they may have to protect the world from the monster and Dr. Baker’s wrath.

The first issue of Destroyer debuted back in May 2017, but the first (and only?) volume collecting the previous issues will be released in just a couple months. I haven’t read the comic yet, since I’m terrible at keeping track of single issues, but I sure as hell have this new edition pre-ordered. 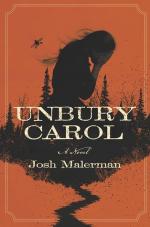 At this point, if you aren’t familiar with Josh Malerman’s name, then you simply aren’t a fan of the horror genre. This guy’s suddenly everywhere, and it all started with Bird Box back in 2014 (soon to be a Netflix original movie starring Sandra Bullock!). I’ve read every book he’s released since then, including an early, early draft of Unbury Carol, which comes out in April, and let me tell you a secret: it’s easily the best thing Malerman has published to date. If you dig horror westerns or just...good fucking books, then you owe it to yourself to preorder this one immediately. 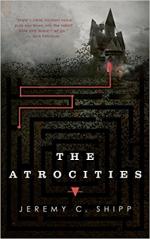 It feels like it’s been a while since the world has seen a new release from Jeremy C. Shipp. I’d even say going a single week without something new from Shipp is too long, so imagine the sigh of relief that escaped me upon learning about his upcoming novella with Tor.com Publishing. This one is described as “a haunting gothic fantasy of a young ghost’s education.” Shipp is not only a hilarious writer, but he’s also a master of the Weird. I have complete faith in his prose (I will not speak for his poetry, which I’ve never read nor do I contain knowledge if any even exists or, if it does indeed exist, if it sucks or not). 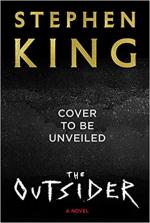 Listen. We all love King. Well, a lot of us love King. This guy is going to be just fine regardless of his inclusion on this list. Chances are, you’ve already read up about The Outsider, which sounds like a weird murder mystery involving a Little League coach in a small town (um, yes please). You’ve probably even pre-ordered it. However, I bet you haven’t subscribed to the best gosh dang Stephen King podcast in existence: Castle Rock Radio. Spoiler alert: it’s my podcast, and yes, I feel completely shameful promoting it in this article. Feel free to request a refund in the comments if you are offended (but only after you’ve subscribed to the podcast and listened to every episode). Also! I started a Facebook group where people can come discuss the works of our faithful Master—past, present, and future, including, yes, The Outsider. Come join and say hi! (Okay, end of commercial. We may now resume our regularly scheduled content.) 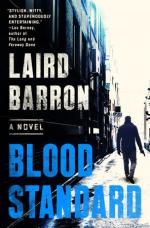 Out of all the horror writers to emerge within the last decade, Laird Barron is easily one of the best. It’s rare to find a Barron story that doesn’t blow my mind. His last collection, Swift to Chase, contains some of the finest horror fiction any person’s ever been lucky enough to consume. His novella, Man With No Name, absolutely slayed me with its expert grasp of the crime genre (not without its own nods to the Weird & Cosmic, of course). Now he has a new full-length novel coming out in May. A crime novel. Blood Standard (the first in a series?) is about Isaiah Coleridge, a mob enforcer from Alaska who’s exiled to upstate New York, and I am confident it’s going to kick some serious ass. May can’t arrive soon enough. 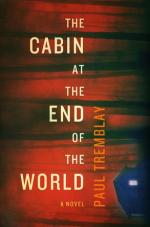 Tremblay’s last two novels, A Head Full of Ghosts and Disappearance at Devil’s Rock, have been extraordinarily successful (those aren’t his only books, by the way; look up the rest of his bibliography for other treasures). Stephen King claimed A Head Full of Ghosts scared the living hell out of him, and he wasn’t kidding. Tremblay’s got the goods, folks. His new novel sounds like a house invasion story, but coming from this particular author, who the hell knows what to really expect.

There you have it! Fifteen books and we aren’t even into July yet. What else is in store for the horror community this year? I have no idea! Do you know something we don’t? Spill the beans in the comments below. What are you most looking forward to?

Dino Parenti from Los Angeles is reading Everything He Gets His Hands On January 5, 2018 - 9:13am

Thanks for the list--and for breaking my bank! I'm buying at least ten of these now!

Joshua Chaplinsky from New York is reading a lot more during the quarantine January 5, 2018 - 9:23am

C'mon, man! Too much goodness. I don't have the time!

Cry Your Way Home is a dud.