The 13 Unluckiest Characters In Fiction 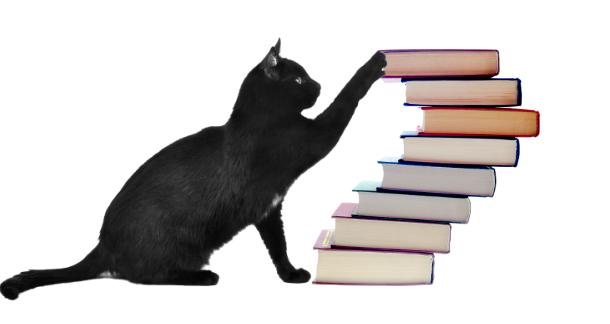 Happy Friday the 13th! If you’re having an unlucky day, just know that you’re not alone. Below, we’ve listed thirteen of the most miserably unfortunate SOBs the written word has to offer. Feel free to commiserate with them below.

Odysseus from ‘The Odyssey’

The name Odysseus has several credited meanings, none of them great: “to be wroth against,” “to lament,” “to be lost.” The upshot is that Homer intended a heck of a lot of trouble for his hero, and the poor guy suffers captivity, shipwrecks, sirens, cannibals, hungry giants, a vengeful witch-goddess, and plenty more in the course of his travels. Can we get this man a deus ex machina already?

Job from The Holy Bible

With a God like this, who needs the devil? Job was one of God’s most faithful and prosperous servants, until Satan taunted God that Job would abandon his faith if he weren’t so dang blessed. So God’s like, “Prove it,” and allows Satan to take Job’s health, wealth and family. Job keeps the faith so God eventually restores his previously charmed life, but only after he suffers boils, plagues, poverty and grief.

Romeo Montague and Juliet Capulet from ‘Romeo and Juliet’

Ahh, young love. It’s all about timing, isn’t it? And Romeo and Juliet had some seriously bad timing. It’s not complicated enough that their families are locked in a generations-long blood feud, but Romeo doesn’t get the message about Juliet’s fake suicide before he commits real suicide, causing Juliet to wake up from her deathlike coma and follow her lover into deathlike death.

Gregor Samsa from ‘The Metamorphosis’

Poor Gregor might have it the worst of anyone on this list, a traveling salesman (I’m already depressed) who awakes to find he’s transformed into a “monstrous vermin.” He loses his job, his brain becomes dull, his dad paralyzes him with an apple (?) and his family celebrates when he dies from a serious case of ennui.

Peregrin Took from 'The Lord of the Rings' Trilogy

Oh, Pippin, you sweet dummy. Klutzy and overly curious, he finds himself abducted by Orcs, tallified by Ents, smushed by a troll and hypnotized by Sauron. At least he never loses his plucky can-do spirit!

Charlie Gordon from ‘Flowers for Algernon’

Charlie’s a janitor with an intellectual disability, and he’s selected for an experimental technique to increase his IQ. After his intelligence is nearly tripled, Charlie’s coworkers alienate him and his friends fear him – and his increased intelligence means he is painfully aware of the flaws in the procedure that eventually cause him to revert to his original IQ. Once his intelligence has declined back to what it once was, Charlie is never the same, now unable to suffer the pity of those around him, and he admits himself into a state home.

The Tree from ‘The Giving Tree’

This sweet old tree is embroiled in a toxic, abusive relationship with The Boy who does nothing but take! He takes her apples, he carves her bark, he uses her branches and eventually cuts down her trunk. Once she’s nothing more than a stump for the now elderly Boy to sit on, she says she’s happy, but is she? Is she?!

Look, high school is hard. It’s harder when you’re an outsider, a target for bullies. It’s harder still when your mother is a rabid fundamentalist who refuses to teach you about your own body. And it’s even harder when it turns out you’re the telekinetic butt of a truly heinous prank that inspires you to burn the whole damn town to the ground.

Arthur Dent from ‘The Hitchhiker’s Guide to the Galaxy’

Poor, hapless, helpless Arthur Dent. He just wanted to save his house from being bulldozed, and he’s not even aware that his planet’s about to be bulldozed, too. He spends the next several years bounding around the galaxy with friends he finds quite confusing, still in his house-robe and slippers, never able to find a good cup of tea.

Sansa Stark from ‘A Song of Ice and Fire’

Of course, no one in A Song of Ice and Fire is terribly lucky, but it feels like Sansa gets it the worst of anyone. Her direwolf is executed followed by her father, and it’s sort of Sansa’s fault because she trusted the wrong Lannister. She’s betrothed to the cruel and abusive Joffrey and held hostage in his kingdom, before being betrothed to several other men who hold absolutely no charm for her. No one values Sansa’s intelligence – she’s just passed from man to man, all of whom only want her for her beauty and her name.

Neville gets the short end of the stick from jump, as the rejected Chosen One who loses both of his parents to insanity. He’s clumsy, pudgy, bad at magic and consistently mocked and bullied at Hogwarts. Of course, he has integrity and courage in spades, and he gets better at everything else, but he still bumbles his way through the first half of the series with very little good fortune.

Violet, Klaus and Sunny Baudelaire in ‘A Series of Unfortunate Events’

I mean, it’s right there in the title: the Baudelaire children are subject to a whole lot of unfortunate events. Their parents die in a fire, then they’re raised by a total psychopath who steals their inheritance and subjects them to disaster stacked on top of catastrophe piled atop calamity.

Mark Watney from ‘The Martian’

This astronaut has cosmically bad luck. First, he’s stranded on Mars with no radio and limited resources. Every time he solves a problem (like growing potatoes with his own poop), another disaster occurs and sends him back to square one. Explosions, airlock tears, rocket disintegrations and electronic shortages all conspire to leave Mark on Mars – but for an unlucky dude, he’s a smart one, and he always manages to bounce back.

Any poor, unfortunate souls I’m missing? Speak up, and stay safe out there today!

Fun article. I definitely want to read several of these.

Do not read the AMZN reviews, they're full of spoilers.

It's a really dark novel. Lots of really bad things happen, and Lefty could (and should) have stopped some of the worst things. Therefore, many readers will hate the guy and not care how unlucky he becomes. But if you stick with him you'll come to realize that he's working on a redemption story.

And he almost gets there, too. Until...

ps... Frankie Machine (card dealer, jazz drummer, junkie) from "The Man With The Golden Arm," was pretty unlucky too. But read the book before watching the movie. The movie's bad (although inadvertently funny as an example of over the top '50's noir). But the book is fantastic. Most consider TMWTGA Algren's masterpiece, and NCM his warmup to TMWTGA. But I lean more towards NCM because it's about teenagers. Also, the description of Chicago's river wards in the 1940's are pure poetry, and perfectly capture the setting.