The 10 Worst Things About Shakespeare 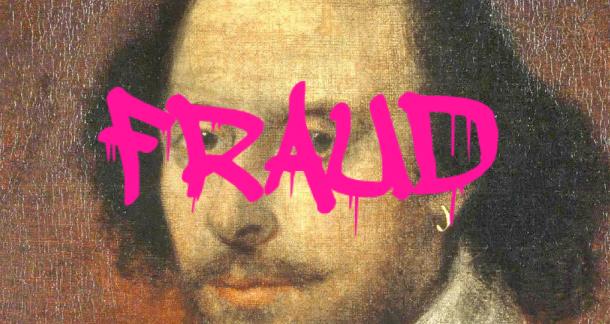 If Shakespeare were alive, we’d be celebrating his 455th birthday on April 23rd.

Weirdly enough, Shakespeare’s death day was the same as his birthday: April 23rd. Different year, unfortunately. Even in being born and dying, Shakespeare managed to be idiosyncratic and annoying. Like something out of a Wes Anderson movie. Just, you know, several hundred years before Wes Anderson.

I was an English major in college, I’m a librarian now, and I’ve spent way too much of my life being bothered by Shakespeare. For VERY good reasons, which are as follows:

Shut Up And Play The Hits?

I’m starting to suspect that Shakespeare was a quantity over quality guy.

Here are the good plays:

Here’s an exhaustive list of the super awesome, memorable sonnets that you must read:

[taking a note from IRS documents, I’m letting you know this space is intentionally left blank. Other than, you know, this text. So really it’s not blank, but blank in terms of meaning. This is all a big, joking way of saying that I don’t care for ANY sonnets. I can feel the joke tanking]

There are some good lines in some of the sonnets, pretty metal stuff now and then, but I don’t think a single one is super awesome as a whole. Hey, the Rampage movie had some sweet moments. The Rock fought an enormous alligator alongside a giant albino gorilla. But I don’t know if I’d call it successful as a whole.

Does my referencing Rampage clue you in regarding my feelings about Shakespeare?

The Amazing Spider-Man has been running for over 800 issues by now, and while there is some total crap in there (looking at you, ghost of Hammerhead created by a nuclear blast subplot), it’s still batting better than Shakespeare.

And still, you go into a school, and what do they hand you? The Shakespeare book. The fattest book printed on Bible paper you’ve ever seen. Like all of it is amazing and should be located in one giant book. Because you’ll want to read ALL OF IT!

Shakespeare Squandered His Abilities As A Time Traveler

How do I know he traveled in time?

Evidence the First: How else do you explain that air filter he was always wearing around his neck? 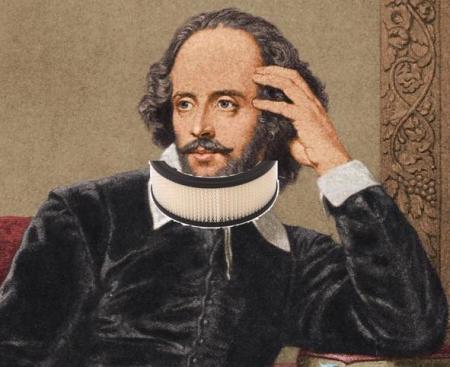 Where’d he even get it? Why would the automotive air filter be invented hundreds of years before the automobile itself?

Evidence the Second: He was married to Anne Hathaway? I didn’t click on the link in Wikipedia and confirm it’s the same Anne "Catwoman" Hathaway. Because I don’t need to. The information confirms my belief of Shakespeare being a time traveler, so I’ll call it good.

And yet, with access to a time machine, he didn’t kill Hitler, didn’t push Stalin off a bridge, and we didn’t even get one play with hoverboards, self-tying sneakers, and the charm of a young Michael J. Fox. Time travel was wasted on Shakespeare.

The Pitch Is Terrible

Did you have that teacher in school? The one who is all, “Our next required read has sex. Violence. Decapitations. Ghosts.” And you’re like, “Hell yeah! Finally! What is it? One of those Camp Crystal Lake novels? Goosebumps? Is it Goosebumps? A new one where R.L. Stine stopped beating around the bush and opened up the tap on some sexy time?”

Sure, there’s sex in there. But it’s like hearing about sex when you’re 5. Adults are using words you don’t understand. You have a vague concept that they’re talking about adult sex stuff, but the exactitudes are lost on your young, dopey mind.

And the violence? Pretty much “[they fight].” Wow. Can you imagine if that’s how an action movie went? The Demolition Man script would be like one page. “They go to the future. [they fight] They throw a guy in a fire. [they fight] Rat Burger. [they fight]”

I suggest teachers stop with this kind of pitch. It’s nothing more than the setup for a letdown. Just say, “Look, we have to get through this crap. If we can do it with a minimum of complaints, we’ll watch the Romeo and Juliet DVD where Juliet is topless, and I’ll just fast-forward the DVD so you can still catch the nudity for about one-millionth of a second. Deal?”

Pretty Sure He’s A Cop 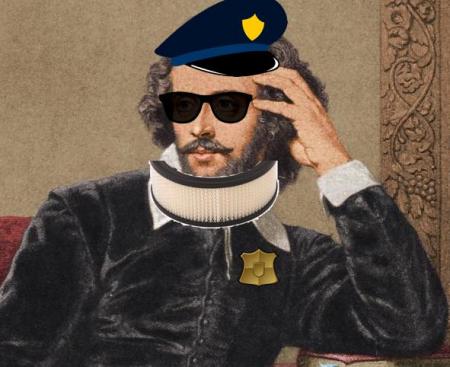 I don’t think Shakespeare was tying ladies to tracks, mostly because there were no tracks to tie anyone to in his neck of the (chronological) woods. Which means he was definitely a cop.

We Still Read His Stuff Out Loud In Class

While Shakespeare is better aloud, it’s not improved by assigning parts to disinterested 8th graders who can’t even keep up with which page they’re on, even when they get to be Falstaff and have all the damn jokes!

This assigning of parts in class has to be the absolute worst way to grind through Shakespeare. At least when I read it at home alone I can munch on some Doritos, and when I space out wondering if there will ever be a third Dorito flavor after Nacho Cheese and Cool Ranch (oh, young Pete, if only you knew), I’m not holding up the entire class.

He Named His Son “Hamnet”

Geez. There are a lot of lousy names you can curse a kid with (some I’ve legitimately seen include Tequila and Harold Dick). But Hamnet? That sounds like my beard when I’m eating a really good sandwich.

People say, “Shakespeare is meant to be heard.”

I’m pretty sure Shakespeare’s plays are meant to be watched while you’re loaded and standing around with a bunch of people who have never bathed. Ever. And these aren’t people who work in a bright, air-y office. These are people who spent the afternoon mucking stalls, maybe washed their hands, MAYBE, and now they’re drunk and screaming in your ear.

Basically, imagine the drunkest, rowdiest concert you ever attended. Add in the strong odor of manure and you’re there.

And we wonder why only the highbrow types are into this crap. Duh, guys. Duh. Maybe try bringing back the beers and, you know, the fun if you want normal people to get into Shakespeare. 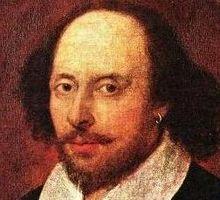 If I don’t let Harrison Ford get away with that shit, you can be damn sure I’m not letting Shakespeare slide on it either.

Look at him. He knows he done wrong with that earring.

The Question of Authorship 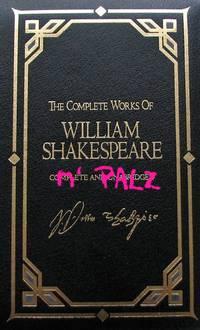 This question heated up, oh, a couple hundred years after Shakespeare died. Great. So at the time when it would be basically impossible to find any answers, let’s just wildly speculate on whether or not Shakespeare actually wrote this junk.

If there’s one thing scholars love, it’s a question that absolutely cannot be definitively answered and is ultimately of little consequence. So maybe there was a group of people who wrote this stuff? Great. Just change the cover to “Shakespeare n’ Palz” and call it a day.

Why is Shakespeare buried next to his wife (allegedly. I’m not sure Anne Hathaway’s body is in that grave, but I’m not 100% sure of the ins and outs of time travel) and...Thomas Nash? Shakespeare's granddaughter’s first husband? Who gives a crap about that guy?

It seems that this is either due to some sort of weird head of the family nonsense that I couldn’t possibly understand, or because Nash was bros with the church where Shakespeare is buried, so they threw him a bone. Either way, who wants to be buried next to someone super famous that you’re vaguely related to? So your grave is constantly lounged on and has never, EVER been visited on purpose? Why would anyone do this? The last way you want to spend eternity is next to someone of a slightly better station than yours. So you can sit, as a ghost, and watch how sad everyone is about Shakespeare’s death, meanwhile they look at your grave and are like, “Huh. That’s weird. Wonder if he ever wrote any plays with ghosts in ‘em.”

Plus, Shakespare was so full of himself that he felt the need to warn people about moving his bones:

Good friend for Jesus sake forbeare,
To dig the dust enclosed here.
Blessed be the man that spares these stones,
And cursed be he that moves my bones.

Geez! Someone thinks highly of himself. Like we'd all be after his old, stupid bones.

In fairness, the common thought these days is that someone stole his skull. Some curse.

BONUS: Romeo and Juliet Is Assigned at the Wrong Time

We read it in middle school because there are kids in it! We’ll relate!

Except that the story is kind of about how kids are dumb because they’re kids, and a little age and experience is a good thing.

You know who is not ready to receive that message? Kids. I wasn’t. I’m JUST NOW figuring out that I’m not immortal. Decades after reading Romeo And Juliet.

While we’re at it, ALL of Shakespeare is assigned at the wrong time. High school is not the time to appreciate this stuff. Sorry, sophisticated 10% of high school students who love Shakespeare and probably, I don’t know, actually understand David Sedaris and the S&P 500.

You don’t drink fine bourbon when you’re 21. Because you wouldn’t appreciate it yet. You have to drink crappy stuff first. The usual pattern is something sweet and soda-like, then really light beer, then slightly heavier beer with shots mixed in, then bourbon with cola, then bourbon straight, and then, and ONLY then, fine bourbon.

You can’t go straight from Mike’s Hard Lemonade to Shakespeare. You just can’t.

I can't make it any clearer. Sucks to Shakespeare. Disagree? Here's your chance to convince me. Comment below.

Vincent Morgan from Vancouver is reading Our Friends Beneath the Sands May 5, 2019 - 1:53pm

Interesting, but I think that the "test of time" should have been included. Spiderman may be fun and all, but I doubt that it will be taught in classes world, or universe, wide, in say, two hundred years from now.

Community Manager
helpfulsnowman from Colorado is reading But What If We're Wrong? by Chuck Klosterman May 6, 2019 - 4:12pm

@Skipskatte: That sounded pornographic, but it's totally not, and anyone else reading this should click that link!

In all seriousness, I don't think Shakespeare's staying power can be attributed to merit. I think it speaks to a subset of people, and that subset becomes English teachers and lit professors, and the cycle is refreshed over and over. That combined with luck has given Shakespeare staying power.

But I'm biased, and I also don't really believe the test of time will mean much soon. Because damn near everything is accessible, regardless of when it came out, time will be less a test of something's merit.