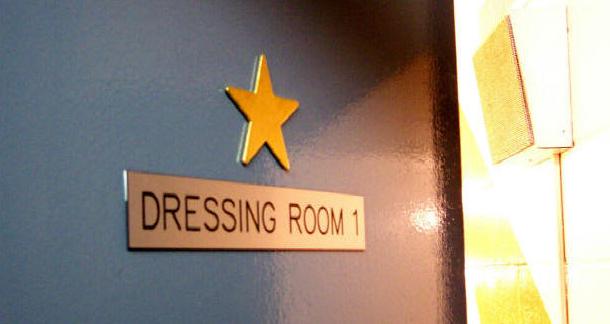 As the release of Fincher’s adaption of The Girl with the Dragon Tattoo is upon us, I find myself wondering if Rooney Mara can possibly nail the wild carelessness and single-minded survival instinct of the protagonist, Lisbeth Salander. I have high hopes for her role, but I find it hard to believe that she’ll approach the transformative performance given by Noomi Rapace in the 2009 Swedish film. As book lovers, we feel protective of our favorite characters, entitled to them in a way that is often threatened by negligent or inexplicable casting—or casting that is simply not what we envisioned. But below are ten times that the casting directors and the performers absolutely nailed it. 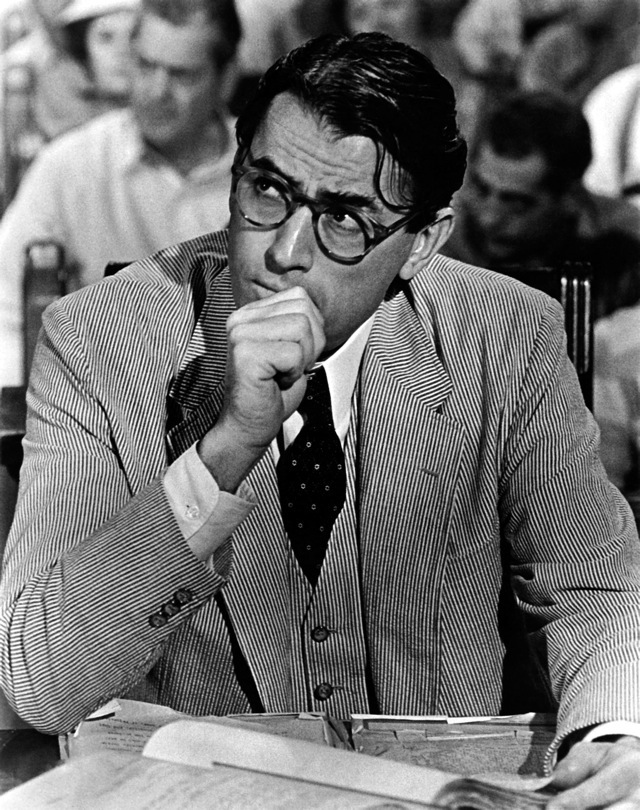 It’s hard to argue with this face, isn’t it? Gregory Peck has the face of integrity, of quiet wisdom, of conviction. This is a man who would risk everything to defend the innocent and to live a life of upright principles as an example to his children. Gregory Peck is Atticus Finch. 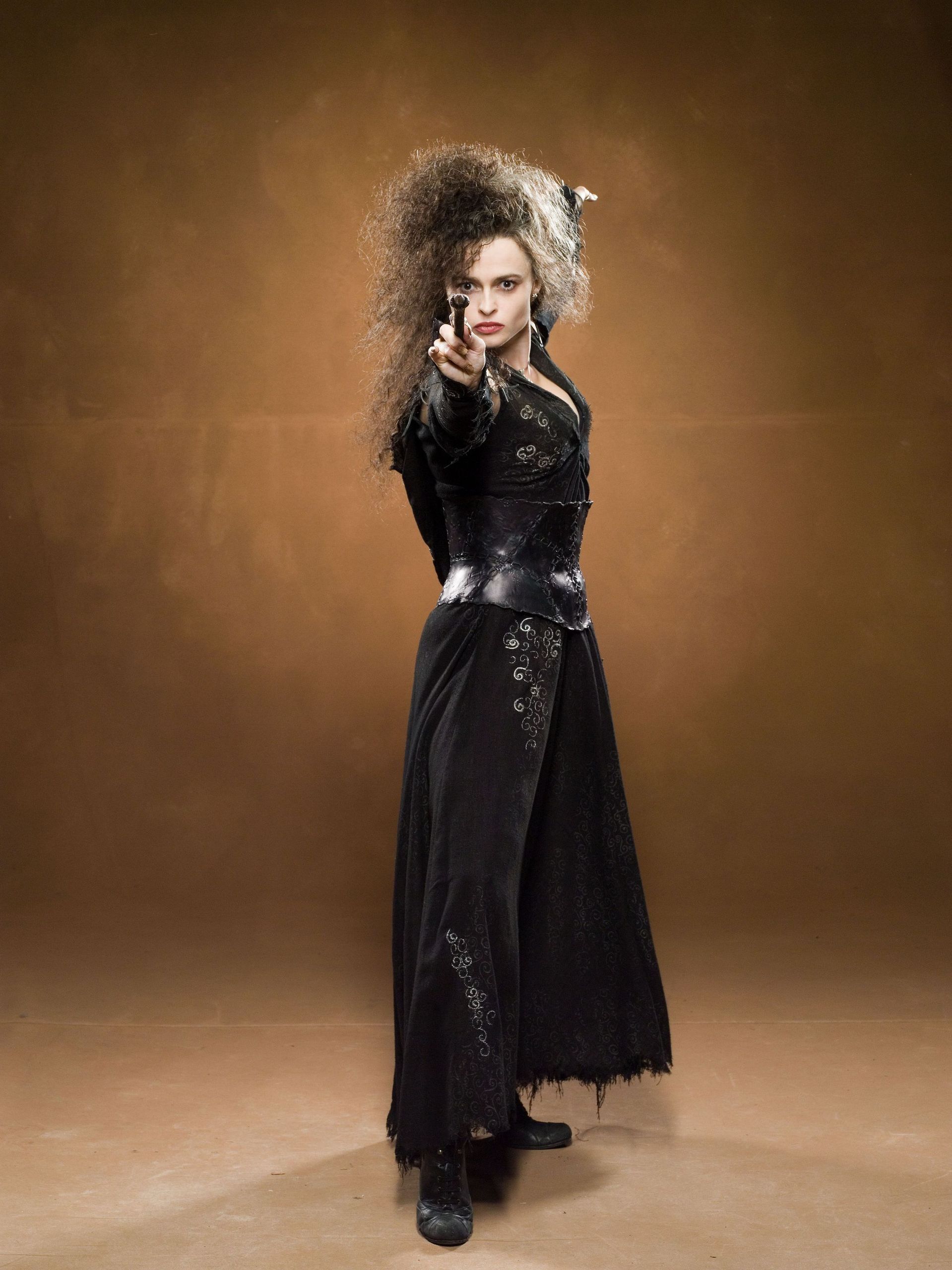 Get a load of this wild-eyed lunatic! With her haughty features and penetrating peepers, Carter’s got the evil, aristocratic zealot down pat. The quirky fashion and outrageous hairdo certainly suit her, as well. 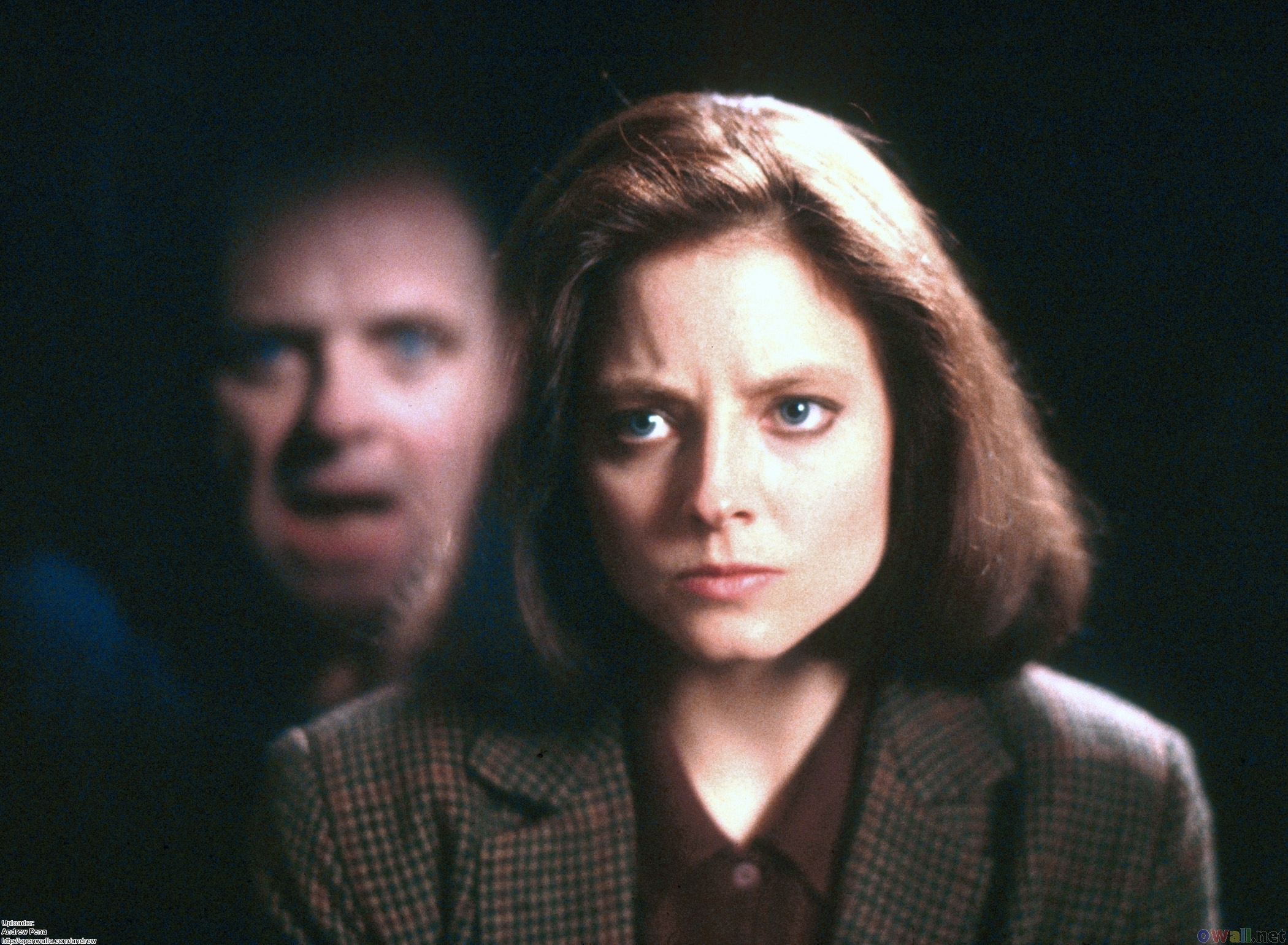 Clarice Starling, Jodie Foster, The Silence Of The Lambs

Clarice Starling is one of the strongest protagonists in any novel or film of the past thirty years. She uses a tragic childhood to fuel her steely dedication as an ambitious student at the FBI Academy. Foster plays Starling beautifully—as fierce but unsure, frightened but staunch. Her subtle Southern accent and throaty voice deliver weight to the scarce lines given the taciturn Starling. 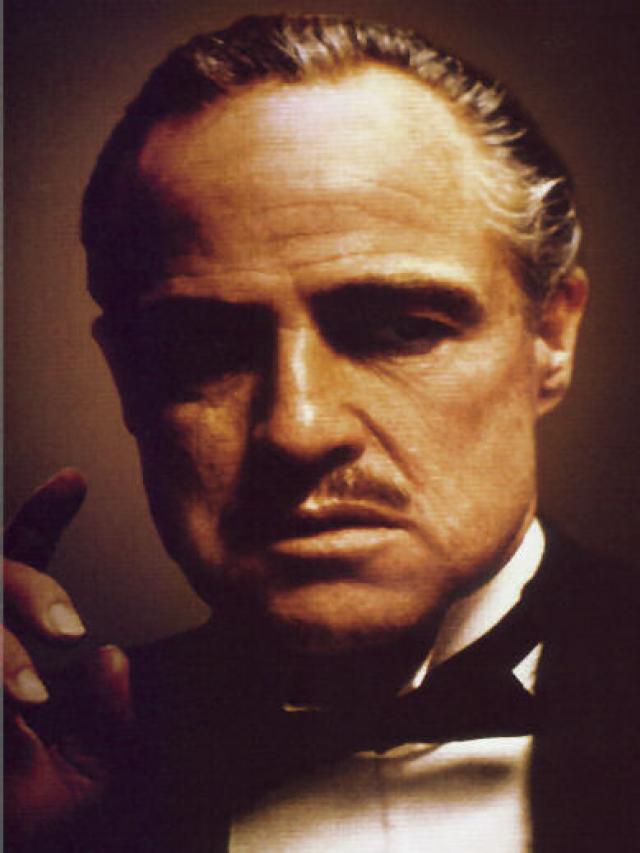 Vito Corleone is a powerful man but a sentimental one. He has risen to the head of the Corleone crime family and therefore to the head of New York mafia through a combination of resolve, ruthlessness and a personal code of honor that he takes very seriously. Brando’s portrayal is iconic, a man with a face like a bulldog who will bow to no one, yet goofily gets a laugh out of his grandson by smiling with an orange peel in his mouth. 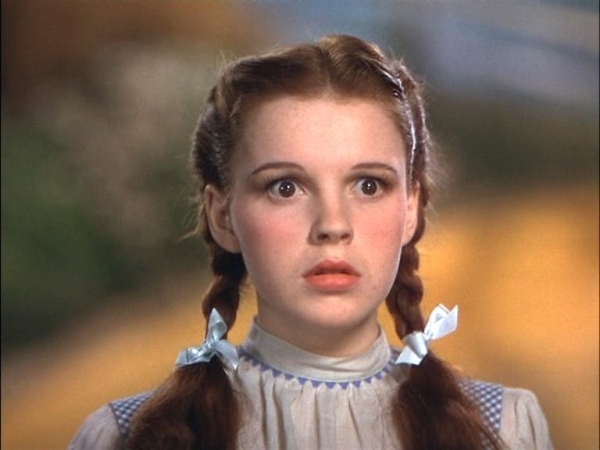 Garland plays Dorothy Gale with a wide-eyed, earthy naiveté that suits the innocent character well. Garland may be one of the most beautiful and troubled stars to grace the silver screen, but as Dorothy she delivers a sensible, authentic performance as the little girl with the ruby shoes and the golden voice. 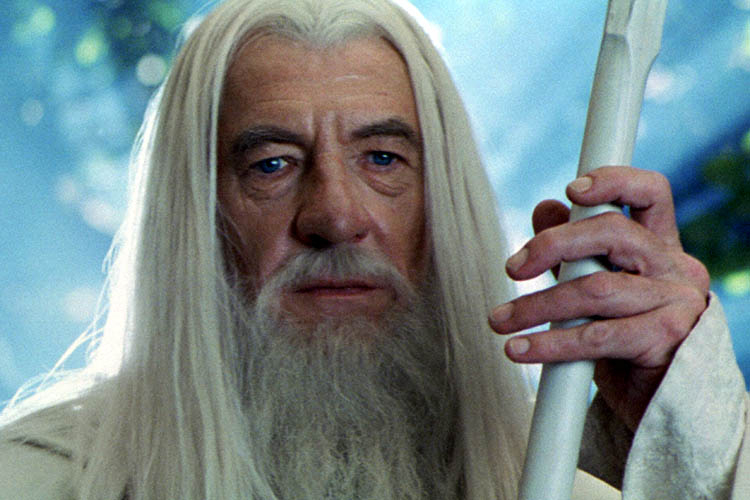 Gandalf, Sir Ian McKellen, The Lord of the Rings

With a silvery beard, warmly intelligent voice and eyes that twinkle ceaselessly, Ian McKellen utterly transformed himself as the white wizard, leading the fellowship through a dangerous quest with wisdom and tenderness. I cannot wait to see the knighted one reprise his role in the upcoming The Hobbit. 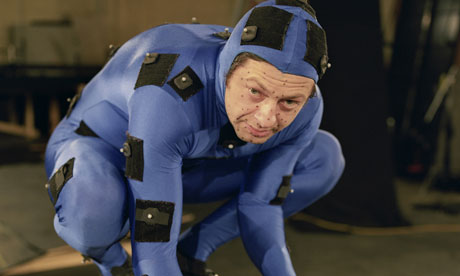 Gollum, Andy Serkis, The Lord of the Rings

McKellen isn’t the only person who transfigured himself for a role in Peter Jackson’s epic Tolkien trilogy; Andy Serkis became Gollum in an all-consuming way that demands utmost critical respect. The king of motion capture, Serkis has given tremendous performances, but his portrayal of Gollum is abidingly creepy and somewhat heartbreaking. Here’s to seeing much more of him in The Hobbit! 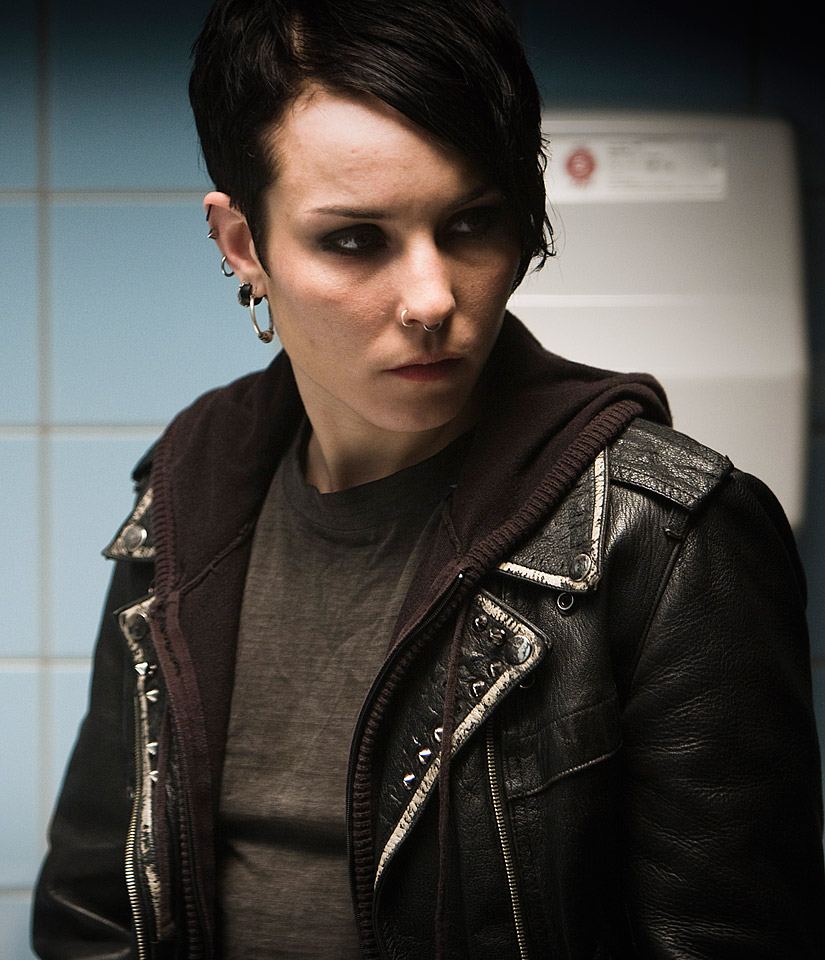 Lisbeth Salander, Noomi Rapace, The Girl with the Dragon Tattoo

Rapace elevated the character of Salander onscreen, using her savage eyes to imbue a wildly fascinating character—a vicious computer hacker who is a bisexual ward of the state with Aspergers and a terrifyingly violent sense of honor and vengeance—with nuanced humanity through very little dialogue. 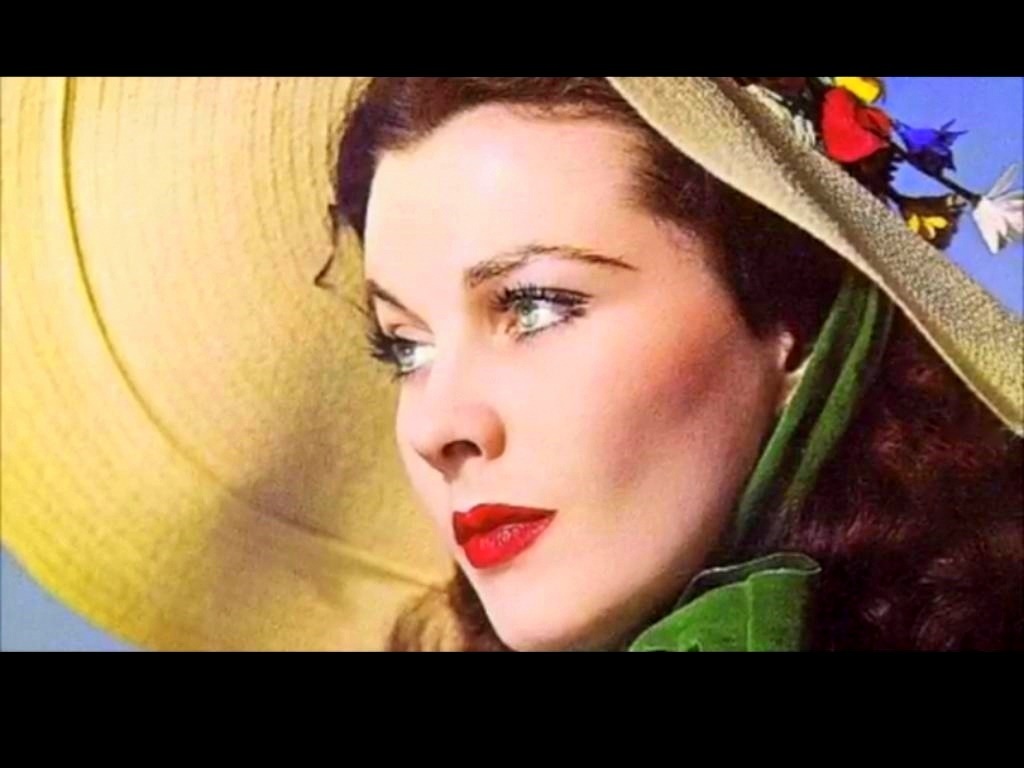 As legend has it, producer David O. Selznick was in the midst of a widely publicized search to find the actress to play Scarlett and was satisfied with none of the performers who had auditioned for the role. He began filming the parts of the scene in which Atlanta burns that didn't involve Scarlett when his brother Myron introduced David to Vivien Leigh, saying “Hey genius, meet your Scarlett O’Hara.” The next day, the role was hers. Leigh nails Scarlett, presenting her as petulant, strong-willed, selfish and utterly indomitable. 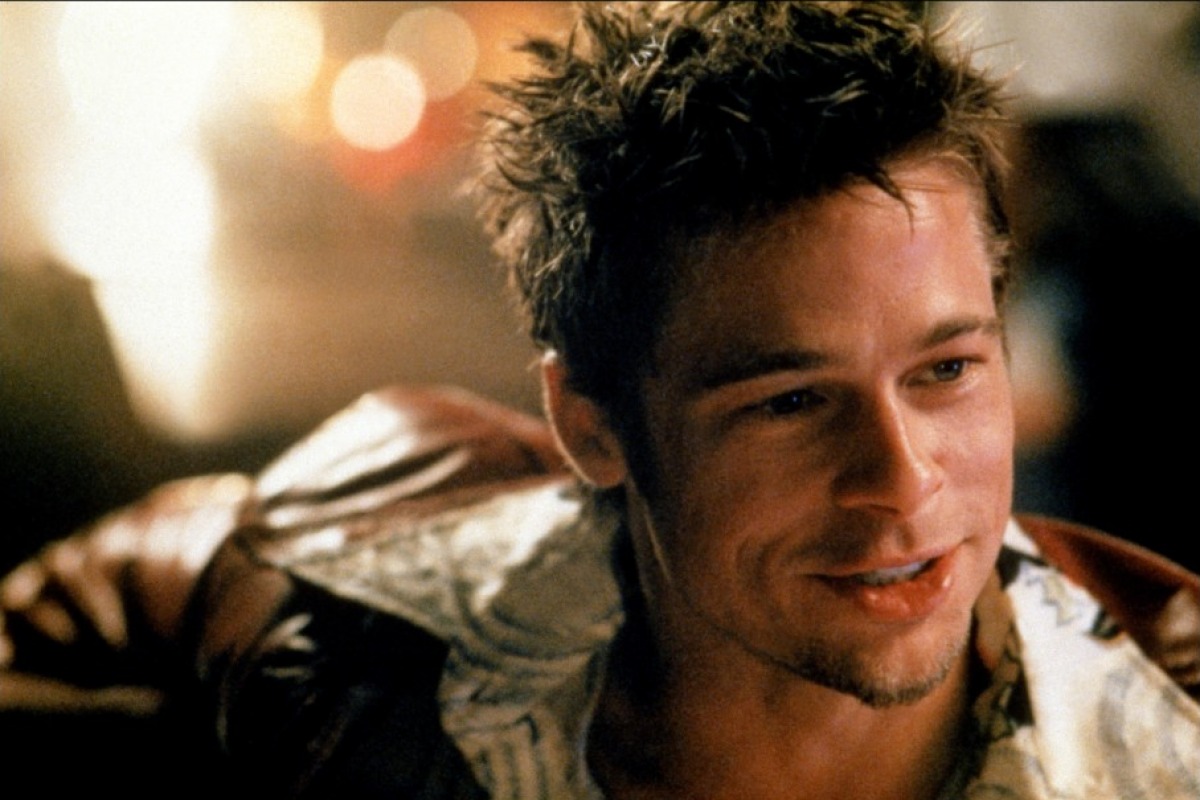 Who else could play Durden but Brad Pitt, who gives a wild, macho, untamed performance as the ultimate man’s man, the embodiment of a dude’s id? Pitt comes off as carelessly sexy and intense throughout the film, pulling off a waiter’s tux and a ratty woman’s bathrobe with equal panache.

This list was honestly hard to restrict to only ten names, as so many others came to mind. Laurence Olivier as Heathcliff, Christian Bale as Patrick Bateman, Jack Nicholson as Jack Torrance, and Clark Gable as Rhett Butler have all transcended the screen to become that character from the page. Who else should be on this list, dear readers?

I have to say, I think Rooney Mara was a better Lisbeth Salander. She nails that character. Though you're right about Gandalf, I think he is that character even more than I could have ever imagined.

I agree with Kirk on Rooney Mara. While Noomi Rapace was extremely good and fit the role of Lisbeth pretty well, Rooney Mara was the right mix of pretty/un-attractive that I had imagined in the books. Her acting also created a much more complex character in my opinion (but that could be the difference of perspective that came with the movie of my language).

Mark Dark from Bristol but living abroad is reading Greyhound for Breakfast January 6, 2012 - 8:38am

Lorraine Devon Wilke from LA (by way of Chicago) is reading The Night Porter by Mark Barry January 6, 2012 - 8:52am

I agree with all your selections except for the two I haven't seen - Brad Pitt in Fight Club and Noomi Rapace. I did, however, see the new Dragon Tattoo, several days ago, and though I saw it several days ago, the images from the film and Rooney Mara's performance are still popping up in my mind. I thought she was absolutely stunning in the role, one more difficult in its subtle and not-so-subtle transitions than any other female role onscreen in recent memory. Best performance of the year, bar none, including those by other pheonomenal actresses.

As for who else: Bette Midler in The Rose, Russell Crowe in Gladiator, Angelina Jolie in Gia, Meryl Streep in Sophie's Choice, Edward Norton in American History X.....(too many more to mention!)

Typewriter Demigod from London is reading "White Noise" by DeLilo, "Moby-Dick" by Hermann Mellivile and "Uylsses" by Joyce January 6, 2012 - 10:28am

Have any of you even SEEN We Need To Talk About Kevin? Ezra Miller fucking nailed that.

Johnny Depp as Hunter S. Thompson in Fear and Loathing in Las Vegas

Sir Anthony Hopkins as Dr. Hannibal Lecter in "The Silence of the Lambs."

Over the past 20 years, positing that Brian Cox in Michael Mann's "Manhunter" (based on "Lambs" author Thomas Harris's previous novel Red Dragon) made for a better Hannibal Lecter has emerged as a way of establishing geek cred / stirring up Internet unrest.

But no objective study of the two performances can draw that conclusion.  "Manhunter" is an underrated film, but Lecter was really a nothing role in movie and book.  Hopkins embodied the Doctor in the "Lambs" adaptation and made him indelible, and not always with dialogue - watch that movie again and check his facial expressions, body language, even his posture as he's introduced onscreen. Brilliant performance, and 20 years later it's hard to imagine that character any other way.

There are so many:  off the top of my head: Sean Connery as James Bond; Johnny Depp as Edward Scissorhands; Dustin Hoffman as Ratso Rizzo; Hopkins as Lecter (as noted above); Joe Pesci in Goodfellas; Pacino in Scarface; the longer you think about it, the more great performances come to mind.  The top 10 given originally are certainly classics (but can't say about Dragon Tattoo, not having seen it).

Kathy Bates as Annie from Misery. Jack Nicolson as R P McMurphy, Christian Bale as Bruce Wayne/ Batman, Tim Curry as Pennywise the Clown, Edward Norton as "Jack's raging bile", and not a film but Michael C Hall is most definately Dexter!

Rapace is Salander... her edge was way harder, sharper. I did like US version though.

My all-time favorite character-translated-from-a-book-to-a-film has to be Robert Redford as Jay Gatsby from The Great Gatsby. All the characters from that movie were superb, from Mia Farrow as Daisy, Bruce Dern as Tom Buchanan, and Sam Waterston as Nick Callaway.

Also looking forward to seeing how Colin Farrell holds up in the remake of Total Recall/We can Remember It For You Wholesale...

Christian Bale as Patrick Bateman and although not a movie Gill Scott as Precious Ramotswe in The No. 1 Ladies Detective Agency.

Josh Brolin in No Country For Old Men. Have not read the book actually but I'm sure it was a faithful enough adaptation. And Josh Brolin is just awesome...

SGJ from Midland, Texas (but in Boulder, Colorado, now) is reading weird fiction and horror fiction and science fiction and literary fiction and innovative fiction, or maybe a romance or a western or a magazine on bowhunting or show trucks or anthropology January 8, 2012 - 6:55pm

and Brolin was an accident, yes? anyway, tight list. I agree with them all, and a lot of these in the comments. but -- just to take away any cred I've somehow lucked onto -- the only time I've gone to the theater and actually been impressed with the casting, with how it matched who was already in my head from the book, it's whoever plays Alice in Twilight. well, maybe Mickey Rourke in Sin City, I guess; he was right. and Michael Cain was/is a killer Alfred.

Jenifer Lawarance as Katniss Everdeen, she nailed that character and was able to make gritty and somewhat cold, but still likeable which most of the actresses who auditioned probaly were not capable of.

I have to disagree that Jack Nicholson was perfect as Jack Torrence. He sort of already looked mad from the start, it was too easy imagining him turning into the monster he is at the end of the movie.

I acutally think most of the cast in Lord of the Rings are pretty spot on, especially the main characters.

agreed on andy serkis, helena bonham carter, christian bale, anthony hopkins, russell crowe and brad pitt (he fuckin nailed that role, i think everyone should see Fight Club).. And I agree on Ezra Miller in We Need To Talk About Kevin...everything about that movie and Ezra Miller was intense and nerve-racking...I felt like I was in the same room with him...his scenes, gosh..unnerving..

I was afraid I wouldn't find Tyler Durden's actor choice on this list; but there it was. :)