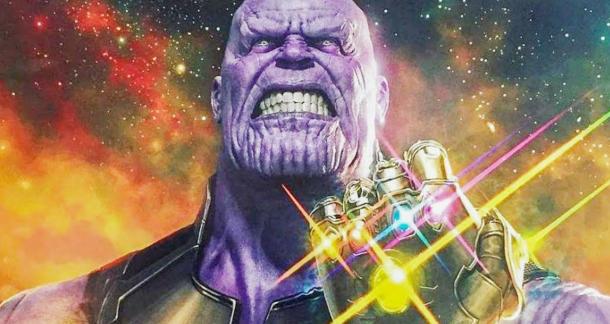 There was a time, not so long ago, when Thanos the Mad Titan was one of Marvel’s more obscure villains, known only to faithful readers. He wasn’t even the most powerful, being soundly defeated by the Avengers when he had the Cosmic Cube, and even the first time he gathered the Infinity Gems. When he finally created the Infinity Gauntlet, it took a multi-issue crossover saga involving nearly every hero in the universe to defeat him. This made Thanos a force to be reckoned with, and earned him the begrudging respect one pays to an existential threat. While that story arc sold tons of comics, it hasn’t really aged well. It’s tough to go back and read all the hyperbolic narration and stilted dialogue, not to mention the metric tons of filler between the major battles. Although the movie Infinity War took some liberties with the story, it ultimately delivered the Marvel Cinematic Universe’s first truly great villain.

Until Thanos made his big screen debut in the post-credits scene of 2012’s The Avengers, I never imagined he would become a household name. But that’s just what happened—Thanos’ snapping fingers have birthed a never-ending font of memes, and his name is even starting to replace Darth Vader’s in jokes about absurdly evil people. Despite creating the most prolific and profitable superhero franchise ever, the MCU has always been short on memorable villains. They’ve been serviceable at best, merely providing our heroes a punching bag that was easy to hate (and before you start shouting “Winter Soldier,” I’ll remind you that Bucky was actually a hero brainwashed by the real bad guy). But hatred alone is not the measure of a villain. To be truly great, a villain must not only be powerful and fearsome—he must be the hero of his own story.

...both Thanos and the Avengers want to save the universe, they just have a difference of opinion on how to go about doing it.

Infinity War establishes the first two without question or hesitation. In the first minutes of the film, Thanos has already slaughtered a ship full of Asgardians and alien gladiators, and drags Thor’s unconscious body around like a rag doll. Then he gets into a punching contest with the Hulk, and he wins. It’s not even close—the Hulk gets trounced so bad he’s afraid to come back for the rest of the movie. Each one of Thanos’ henchmen is powerful enough to be the main antagonist of any single superhero film, which justifies the assembling of the Avengers. But every time they think they’ve constructed a plan for victory, he effortlessly knocks it down. He doesn’t even acknowledge the chance of defeat, wading through Earth’s mightiest like an ankle-deep stream. Unlike the previous movies, the Avengers are actually afraid of this adversary, which leads the audience to wonder how the team can conceivably succeed. Few things are more terrifying than knowing the bad guy can win.

Of course, lots of villains are both powerful and intimidating. What elevates them to greatness and makes them unforgettable is their motive. This is where most of the MCU falls short. Almost every antagonist we’ve seen either has a personal grudge against the hero, or is a cartoonish villain who simply delights in being uber-evil. All three Iron Man movies were about other, lesser-known scientists who hate Tony Stark’s guts trying to steal his technology. Captain America fought Nazis in the past and their HYDRA descendants in the present. Loki is both—he is the literal God of Mischief, and he resents his brother Thor.

Not Thanos. He has a mission—the universe has too many people in it and he must restore balance, so that the survivors of the cull might lead better lives. Later we learn that overpopulation brought about the collapse of civilization on his homeworld. He tried to stop it and failed. With the power of the Infinity Gauntlet, Thanos can spare the rest of the universe the same fate. He bears the Avengers no ill will, he even admits to admiring their bravery. But he has a universe to save and they are standing in his way. When Thanos and the Avengers have their final battle, it is not just a clash of superpowers, but also ideologies. Should the strong abandon the weak, or help them? What do you do when you give your all to a worthy cause, yet still fail? Do you stand your ground, or run away to fight another day?

In the original Infinity Gauntlet series, Thanos has no such nobility. He only kills half the universe because he is in love with Death. Not some supervillain with a reductive name, but the physical avatar of Death itself. The epic murder snap is just a guy trying to impress a girl, hoping she will finally go out with him. In the film, both Thanos and the Avengers want to save the universe, they just have a difference of opinion on how to go about doing it. It feels like our heroes are dueling with an equal, and not just stopping another overpowered petty fool.

The Avengers take the better part of two hours to draw first blood on Thanos, and then he ends the argument with a snap of his fingers. We the audience are left anxiously awaiting the Avengers’ rebuttal. Thanos is the first villain we’ve wanted to see more of since Loki. He is the ideal that every bad guy aspires to reach. Perhaps that is the truest measure of a great villain—how eager we are to see them return.