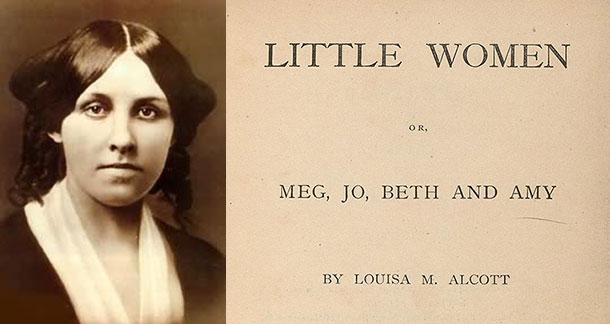 There’s no horror like that of a budding writer reading about Jo’s manuscript erupting in the flames.

There’s no jealousy like that of an intense shipper watching Amy flirt with Jo’s should-have-been-man.

And there’s no sorrow like that of a wanna-be March family member getting to the part where that one thing happens to Beth.

I’ve read Little Women multiple times, and even watched the movie a few Thanksgiving breaks ago — Winona Ryder was a fire Jo March, and I’ve loved her fiercely since — and I’ve always felt a deep connection to the book. I just read it at the right time and it was the right literary family for me to fit right into.

Not only because Jo’s literary dreams resonated with me on such a deep level, or because it was one of the first books where I had an OTP (one true pairing, for the non-Tumblr residents among you); I read it at the perfect time for it to teach me that nothing is perfect, and that’s okay.

In a perfect Little Women world, Jo and Laurie would confess their love for each other and ride off into the sunset; it would be Amy who died (she always got on my nerves, partly because as much as I wanted to be a Jo March, I feared I was an Amy March instead); and that German dude would never even have entered the picture.

The world Louisa May Alcott created isn’t the one I would have made—it’s better.

But the world Louisa May Alcott created isn’t the one I would have made—it’s better.

It’s better because it taught me that we don’t always get everything we want.

It taught me that you can love something, even if you don’t love everything about it.

That’s something I always struggled with when it came to friends, family, books or TV shows. If something wasn’t completely perfect, or if I found flaws within it, I wouldn’t do some soul-searching and come to the realization that imperfection is okay. I would merely write said imperfect thing off.

I don’t know how many friendships, which might have been long-lasting, instead faded because at some point it dawned on me that the other person wasn’t perfect, and I couldn’t handle that.

But my love for Little Women never faded.

Oh, it’s been a while now since I’ve read the book, and a lot of details are fuzzy. But I still remember some things as vividly as the moment I read them: the castles in the sky; the ice skating incident; Amy telling Laurie she didn’t want to die without having kissed anyone and me feeling like, yes, someone sees me, I just hate that it’s you, Amy March; picnics and Christmas and family.

The memory of the book brings with it veritable warm fuzzies to my heart.

Again, there were things about the book I absolutely despised! For some reason, Amy always rubbed me the wrong way. I thought she was whiny and entitled and she took the spotlight off of Jo, who in my eyes should have been hailed queen of the world. I was bitterly disappointed that my OTP did not pan out, and I’m still angry that Jo didn’t get the beloved aunt’s blessing in the end.

But on this, the anniversary of Louisa May Alcott’s birthday, I just wish I could thank her for writing a book that truly showed me reality.

Because life doesn’t always turn out the way we want. The princess ends up with some weird German dude instead of Prince Charming, or no one at all. Dreams don’t always come to fruition the way we imagine, we’re not always the ones chosen to cavort in Paris, and there are people who stay in our lives whose mere existence seems to nag us to madness.

But it’s still worth it. It’s still worth reveling in. Life, and friendships, and books, are far from perfect. And if Little Women had been anything but its own little bubble of perfection, my disappointments in it might have outweighed my love for the family story.

But it didn’t. And it’s taught me valuable life lessons. All thanks to Louisa. All the heart-emojis go to her and Little Women.