10 Spanish-Language Authors You Need to Check Out 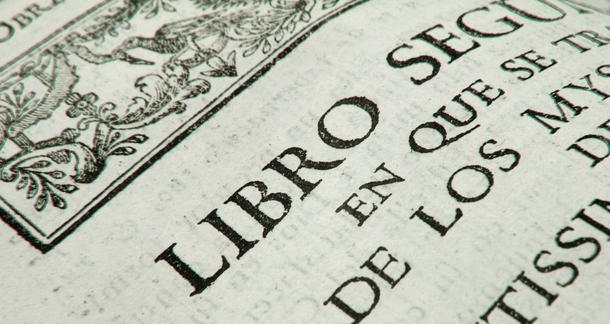 Let's get two things straight before we move forward. First, I'm not saying you need to learn Spanish, so relax. Second, there are a plethora of authors from a diversity of Spanish-speaking countries that deserve your attention, but if you're reading this, I'm going to assume that past and present literary giants such as Octavio Paz, Carlos Fuentes, Juan Rulfo, Julia Alvarez, Roberto Bolaño, Reinaldo Arenas, Isabel Allende, Pablo Neruda, Miguel de Cervantes, Pedro Pietri, Gloria Anzaldúa, and Jorge Luis Borges are already on your shelves/mind/soul. All clear? Good, now here are some authors whose work in translation you should definitely check out. 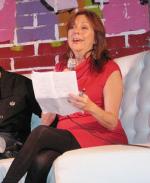 I first encountered Montero's work in Puerto Rican newspapers. She was born in Cuba, but made her career in Puerto Rico. In any case, I decided to check out one of her novels and, to my surprise, she broke away from the family sagas that most female Caribbean authors seemed to be producing at the time. All of her novels are written in Spanish, but they are pretty quickly translated into English. My favorite is In the Palm of Darkness, simply because it manages to explore love in a unique settings, and does so while being a very enlightening book about frogs.

Buy in the Palm of Darkness from Amazon here. 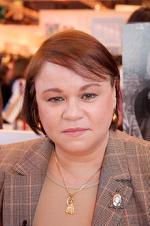 Zoé Valdés is one of those authors who seem to be able to write anything: poetry, novels, short stories, children's literature, and even screenplays. She has 15 novels to her name and doesn't seem to be slowing down. Her work has been translated into many languages and is easily available in English. Where should you start? I Gave You All I Had is as good a place as any.

Buy I Gave You All I Had from Amazon here. 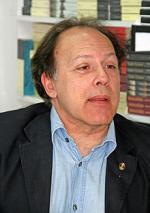 If we're going to discuss Spanish-speaking contemporary novelists who have been translated into other languages, it'll be hard to beat Javier Marías, whose novels have been translated into 34 languages and have sold more than 6 million copies worldwide. I guess a good novel to dig into if you've never read Marías is Thus Bad Begins, which was named a Best Book of the Year by the Boston Globe and Los Angeles Times. 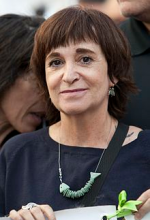 I feel like this might be the author everyone reading this has heard of from fellow fans of great literature. Montero's work usually blends the best elements of literary fiction, sci-fi, and fantasy in ways that make her voice unique. Her novels have been translated into many languages and her work as a journalist has earned her continuous praise in Spain. For a good taste of what Montero does, read Beautiful and Dark. 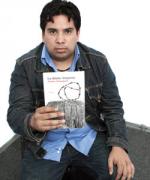 Wildly imaginative, entertaining in a strangely cinematic way, funny, and surreal are all good ways of describing the work of Carlos Velázquez, who has climbed to the top of the heap and established himself as one of the most original voices in contemporary Mexican literature. We only have one translation of his so far, The Cowboy Bible, but there are more on the way and this one is enough to keep readers busy until they get here. 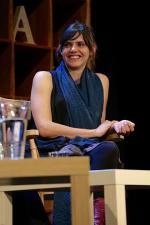 Luiselli's Sidewalks was one of those book that show up in my mailbox for review. I hadn't heard her name before, but a few pages was all it took for me to sit up and pay attention. Since then, I've read every book of hers in translation and eagerly await more. If you take a look at some best-of indie lists since 2014, you'll see I'm not alone. Since this collection was my first, I'll go with it for my recommendation, too. 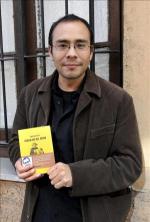 There are very few folks writing about la frontera with the intensity that Herrera is, and he has writing chops to match. Real, heartfelt, smart, and timely, Herrera's work is the kind that you should be reading now more than ever. I hope we get many more books from him. Start with Signs Preceding the End of the World.

Buy Signs Preceding the End of the World from Amazon here. 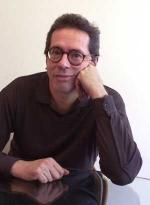 I told you to go read Aira in a recent column. Now I'm telling you again. Exciting, inventive, fresh; this guy brings the goods consistently. Since I already told you to go read him, I'll do something new for the book recommendation and tell you to go pre-order a two-novella book that should be coming out at the end of May, The Little Buddhist Monk & The Proof.

Buy The Little Buddhist Monk & The Proof from Amazon here. 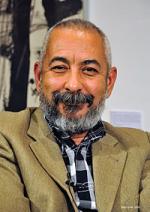 I discovered Padura by accident, buying one of his novels because I was in the mood for some island literature after my first couple of months living in Austin. I've been a fan since. Padura's Havana series crime novels, which rival any series in terms of entertainment value, quality of writing, and violence, have been published in English by Bitter Lemon Press, have been translated into many languages, and have won literary prizes around the world. Start at the beginning; with Havana Red. 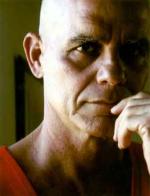 Yes, this is the second time I've brought him up. I will bring him up again in one last column and then I'll never do it again. Well, I'll try not to do it again, deal? Okay. The point is this: no one is as gritty, real, and entertaining as this guy. His work offers a view of the real, poor, destroyed Cuba that many folks had to live in for their entire lives. Sex, violence, and sadness all inhabit the world of Gutiérrez's literature, and spending time with them is a real pleasure.

Have you read any of these authors, in English or the original Spanish? Have any others to suggest?

Oooh nice! I need some new Spanish language writers to read. My experience has only been with some of the really old Spanish authors (Cervantes, Baroja, etc.) and 20th century Latin American writers (Allende, Garcia-Marquez, etc.) I needed an updated booklist!

El Arbol de la Ciencia is still one of my favorites (if a bit dated....), but I can't find an English translation anywhere so I can share it with people.

Some of my friends call me a polyglot because I plan to learn as many foreign languages as possible. It helps me a lot to use interactive methods and forms when learning about which I learned from the article https://positivewordsresearch.com/interactive-methods-and-forms-to-teach-foreign-languages/ as these methods can provide many benefits when it is about developing the cognitive or creative abilities of students, but beyond that, they will also help improve the interaction between students and teachers.