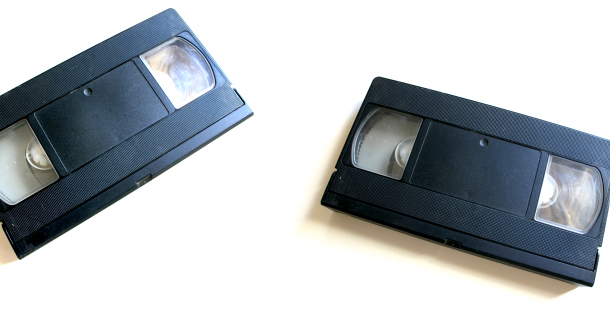 On one hand, I try not to discuss movies with people online because most folks have very strong opinions about everyone else's opinions, and because trying to escape my ultraviolent past is hard to do when someone mansplains a film to me or tries to explain why I didn't "get" a movie. However, from time to time, I engage in movie talk with friends, and one of the most touchy subjects is remakes. I refuse to write a thousand words on why remakes suck on every thread where the discussion comes up, so I've decided to set it all down here once and for all. Here are the top ten reasons I hate remakes:

The one thing most remake lovers can't even begin to argue about is the simple fact that remakes are rehashed narratives. I like new stories. "There are no new stories!" you scream. Well, I want new stories anyway, and saying that there are no new stories tells me you already stopped looking, and that kinda means the argument is over. As an avid reader, I know there are plenty of new ideas out there, and giving us the same narrative time and again is lazy, tiresome, and unnecessary.

The majority of the movie business is made up of grubby assholes. That's not new. However, since we willfully engage in suspension of disbelief every time we watch a film, I find it real easy to forgive that most movies are made with profit in mind. Every time someone announces another remake, that stops happening because it's like they're screaming "We are happy to monetize the same handful of properties until the cows come home because you're all idiots who will keep giving us your money to watch this garbage! Haha." I don't want to be a part of that. Lie to me a little, movie people, that's what we're here for after all, isn't it?

Go watch the remakes of Psycho, Footloose, and The Wicker Man and then tell me we need more awful remakes.

Cultural products need to be looked at in their historical context, and many remakes ignore that. There are movies that became cult classics because they came out at a very specific time and struck a chord with viewers. That time came and went, and making that movie again in a different context doesn't always work. In fact, it almost never works.

4. I'm friends with many writers and a huge fan of literature

I sometimes finish a book and have to call it cinematic in my review. Other times, I turn the last page and think, "This is better than the last dozen movies I've seen put together." Many of my friends have published novels that have been optioned for film, and an overwhelming percentage of them have never ended up with a movie to show for it. Hollywood needs to understand that many of its best movies started as books, and they should look at books for the best films of the future, not at what they've already done.

Some remakes are entertaining and fun to watch. They take something we've already seen and offer a new version of it that is somewhat enjoyable. That being said, the sucky remake is, sadly, much more common. Go watch the remakes of Psycho, Footloose, and The Wicker Man and then tell me we need more awful remakes. If you can recreate something and somehow improve it in the process, fine. However, half of the remakes I end up watching are packed with bad acting, subpar direction, and mediocre photography.

6. You can only break the mold once

You can only do something for the first time once, and many movies that did that when first released get the remake treatment. If you can't replicate the social/artistic impact of a movie, why make it again? No, seriously, I want to know.

Exhibit A: the Ben Hur remake. Exhibit B: The Texas Chainsaw Massacre remake (RIP, Tobe Hooper, you were awesome). Exhibit C: the Conan the Barbarian remake. Listen, I could go through the alphabet ten times and quit writing this long before mentioning all the remakes of old movies that fell way short of the original. Sometimes a movie did the best they could with what they had a the time and they nailed it. Take the original Star Wars trilogy or The Exorcist. See? Some movies had effects that now look ridiculous in comparison to what we can accomplish with new technology, but they still made it work. Doing an awful remake of any of those movies is saying, "Hey, we can do it better!" and then falling on your face like an idiot because you fell way short of the mark. Don't do it.

Seriously, this one ties in to the money thing. If you want to remake a movie with a wildly innovative element, go for it. All-female cast? Hell yeah! New bad guy? Okay. The xenomorphs and the humans throw a massive party in space that ends in tragedy? I'm in. If, on the other hand, you are going to attempt a shot-for-shot remake...why? What's the purpose of this besides wasting time?

10. Nostalgia is a very misunderstood thing

When I watch Event Horizon or Split Second or First Blood or Jaws or Bloodsport or The Shining or Predator or Lethal Weapon or RoboCop or whatever else, I watch the original. That's where my nostalgia lives. I want the same images and sounds and faces and lines. New versions of these films, which I probably won't watch, do nothing for me or my generation in terms of nostalgia. If you take something old and make it all new and shiny, it's not what it was, and you just killed nostalgia. Your remake won't ruin my childhood because my childhood is gone and you can't touch it, but I have no desire to see these movies turned into "new" movies. What I want are new movies I've never seen. Give me fresh stuff and I'll be thankful and supportive even if it sucks. Give a remake of Santa Sangre and you'll just make me shake my head in disgust because some movies got it right the first time around.

Now tell me: what are your favorite remakes? Which ones did you hate or ignore? Sound off in the comments, but refrain from "explaining" to others with different opinions why they are "wrong."

selenem from Ontario, Canada is reading The Cider House Rules, by John Irving September 7, 2017 - 2:20am

Why doesn't anyone complain about the umpteen versions of Dracula, Frankenstein, the Phantom of the Opera, and Jekyll and Hyde?
It's my goal as a writer to create a character so compelling, and a story so timeless, that people will still be remaking it and talking about it 100 years on.

There are plenty of new stories, and yet Hollywood still cranks out the ish in rising numbers, and the sequels that nobody asks for. They can't let well alone, and there is so much that is great out there. Pick up the latest GlimmerTrain or Asimov's, and you will find three stories right now that would make great movies, not to mention all the fantastic novels that are out there waiting. It's a crime, truly.

Yes, many remakes are bad, but many film, period, are bad.

I think this post would be better titled: "Pointless Remakes are Pointless"

I totally agree that shot-for-shot remakes or unimaginative retellings of the exact same plot, but with a new cast are derivative and probably shouldn't be made. But, as with most of the points that Gabino lists, there's a large subset of film remakes that don't fit these problems.

Take, for example, when a foreign film is adapted and remade, and in so doing recontextualized to a new culture. The one that springs to the top of my mind is The Departed. I personally prefer the American version of The Ring to the Japanese version (but probably is the only one from that movement of American remakes), and both Let the Right One In and Let Me In miss the mark of the source, but the world is better off for having both.

Another example is when a film from one era is remade to the sensibilities of the current. The Faculty is a retelling of Invasion of the Body Snatchers, and while I'm not going to say it is better than the original, I do believe it deserves to have been made. The Maltese Falcon (the one you're thinking of) is a remake of an earlier film, and the second one was surely the better. And I challenge anyone to tell me (John Wayne purists withstanding) that the recent version of True Grit wasn't far superior to the original.

Finally, the nit that I feel needs to be picked the most is the idea that remaking something is inherently less than making something. Translation and adaptation are forms of art, and should be recognized as such. Translating and adapting are a form of making "a remake". Many times, it's harder and and less fulfilling work. To do it well means not just having your own vision, but understanding another's vision intrinsically and adding your vision to produce something that, if not quite novel, is still (hopefully) new-ish, and worth making.

To say that you hate "remakes" for the reasons stated is akin to someone saying that they hate horror because it's too mindless and stupid. Sure, there are plenty of examples of stupid horror novels out there, or ones that claim to be horror because they have a vampire or something, but to write off all horror based on the worst examples would be pretty ridiculous.