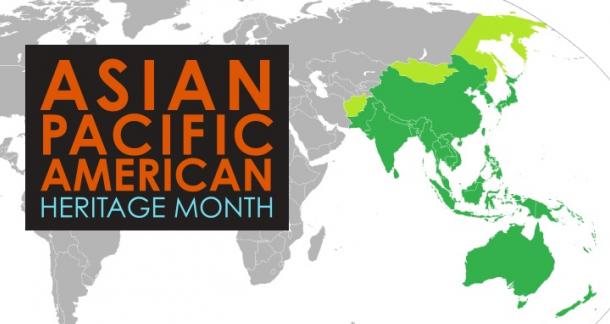 Heritage months! So much to learn in such a short time. May is Asian Pacific Heritage Month and, my goodness, there's a lot in there. Starting in 1978, Asian Pacific Heritage Week was designated by law as the first 10 days in May and was officially made into the month of May in 1992. According to the government website on this month, "the month of May was chosen to commemorate the immigration of the first Japanese to the United States on May 7, 1843, and to mark the anniversary of the completion of the transcontinental railroad on May 10, 1869. The majority of the workers who laid the tracks were Chinese immigrants." In addition to the Japanese and Chinese, this month celebrates contributions of Asians and Pacific Islanders from a huge swath of the globe. This includes:

It's impossible to distill all that into a short booklist! So here is a smattering of titles from different genres and perspectives, from Asia and the Pacific islands.

Sanjay Patel is a gift to the world. He makes a living working on Pixar animations and on the "side," writes children's books based on Hindu mythology. If the great Hindu tomes always seemed too big to scale, this is a welcome introduction. Lavished with Patel's rich graphic designs, the Ramayana tells the story of Rama and his quest to rescue his wife Sita from a demon king. A work of art for your coffee table and an introduction to an ancient religion. What more do you want? 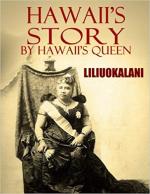 Everyone who grows up in the United States should know the story of the sovereign nation we conquered in order to secure a strategic position in the Pacific and a delightful place for tourists to visit. I have been such a tourist! It's beautiful and it should still belong to Hawaiians. Hawaii was a monarchy and this is the story of its end, as told by its very last monarch. Heartbreaking and memorable. 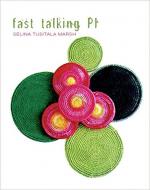 Selina Tusitala Marsh is a force of nature. She is the current New Zealand Poet Laureate. She is of Samoan, Tuvaluan, English, Scottish and French descent. Her poetry draws on these wildly different backgrounds and pulls them together in narratives of place and space. The "PI" in the title of this collection stands for "Pacific Islander" and the poem the collection is named for addresses stereotypes assigned to Pacific Islanders in New Zealand. Powerful and delightful at once. 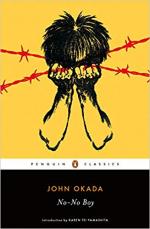 The internment of Japanese citizens during World War II remains an ignored chapter of our nation's past. I know for certain I did not learn about it in any history class I took in school or college. This astonishes me. As we come upon the 75th anniversary of the Supreme Court Ruling that upholded the detention of Japanese American citizens during the war, it's useful to reflect on our collective past and the unique experiences of the people who were prisoners in their own country. Detainees were asked many questions when they were processed for the camps. One asked if they would be willing to serve in the U.S. armed forces and one asked the individual to swear loyalty to the US. Men who said "no" to both were called "No-No boys" and were segregated in their own camp. Hundreds served federal prison sentences. This novel is a fictional account of a No-No Boy and is considered to be the first publication in the United States by a Japanese American author. 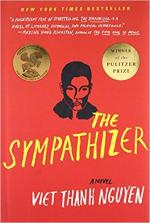 5. 'The Sympathizer' by Viet Thanh Nguyen

Viet Thanh Nguyen won the 2016 Pulitzer Prize in Fiction for this debut novel. Who does that? Nguyen was born in Vietnam and raised in the United States. The Sympathizer follows a member of the South Vietnamese army who flees to Los Angeles at the end of the war but retains his communist allegiance and continues to report back to his superiors in Vietnam. A completely different narrative around the Vietnam War. From the opening line of "I am a spy, a sleeper, a spook, a man of two faces," I was hooked.

Buy The Sympathizer from Amazon.com 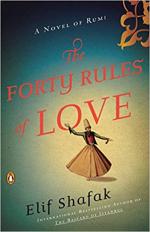 6. 'The Forty Rules of Love: A Novel of Rumi' by Elif Shafak

Elif Shafak is the most-read female novelist in Turkey. In this book, she weaves two narratives: one contemporary and one past, centered on the relationship between the poet Rumi and his mentor Shams of Tabriz. Her writing is lush and rich and feels like a beautiful escape. For those of us who have seen the world through Rumi-colored glasses, this will feel like a meeting with an old friend.

Buy The Forty Rules of Love from Amazon.com 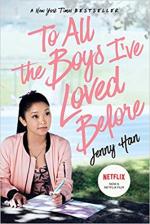 7. 'To All the Boys I've Loved Before' by Jenny Han

Jenny Han, be still my heart! Many people have now seen the Netflix film by the same name, but did you know it was a book trilogy?? If you like YA books that are actually written for young adults, not middle-aged women questioning their life choices and needing an escape book to accompany their pinot gris, this book is for you. It's a delightful teen romance but with a focus on the relationship between the protagonist and her two sisters. They also happen to be Korean American, like their author. It's fresh and lovely and you can't help but get attached.

Buy To All the Boys I've Loved Before from Amazon.com 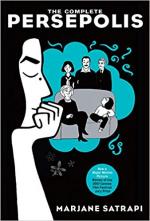 8. 'The Complete Persepolis' by Marjane Satrapi

Over 10 years after it's original publication and film adaptation, I still come back to Satrapi's amazing work. Persepolis is an autobiography told as a graphic novel. It's the story of a young girl born in Iran under the Shah. She witnesses the Iranian Revolution, after which turmoil, fear, and oppression enter her life and the lives of her family members. Hers is the same heartbreak that the citizens of Syria and Afghanistan have experienced: the before, when life was normal, and the after, when any semblance of normal is a victory. 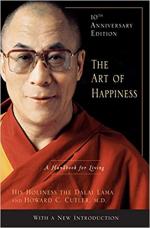 9. 'The Art of Happiness' by His Holiness the Dalai Lama

If you only ever read one book by the Dalai Lama, make it this one. Through dialogues with the second author, Howard Cutler, and from his many appearances around the world, the Dalai Lama tackles the subject of happiness and how to bring more of it into your life. I have seen him in person, and he is happy to the point of giddiness! This, despite the fact that his nation has been under Chinese rule since 1950, and he himself has been a refugee since 1959. He will probably never get to see his homeland again, and still he maintains a level of happiness that can be felt by crowds. In his book, he talks about happiness as a skill that can be learned and practiced. Here's to bringing forward our best selves, no matter what the circumstance.

Buy The Art of Happiness from Amazon.com 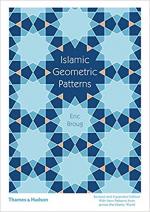 If there's one thing I love, it's a good design book, and this one delivers. Eric Broug is the best-known expert on Islamic geometric design. He has published multiple books that both showcase Islamic designs from many countries and many centuries as well as teach readers how to create the designs themselves. What a notion! He's so passionate about bringing Islamic geometric design to the masses that he started his own school: School of Islamic Geometric Design. They offer traditional and online courses and have tons of free educational materials on their website. Now go make some fancy designs!

Have more titles to contribute to the conversation? Add them to the comments!

Great wonderful blog much appreciated your effort you have done really nice job. I have learnt from this blog how to write a blog for my website Crypto time