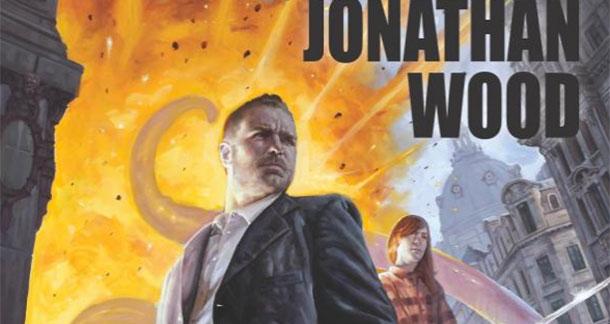 Okay, this is all about fiction writing, so let me tell you a story:

You grow up wanting to tell stories.  As a teenager you fill hard drives with opening chapters, half-started screenplays, sitcom manuscripts.  Thousands of words but nothing that really comes together.  Then, in your twenties you get serious about writing a novel.  So you write one.  It sucks.  You write another.  It still sucks.  But you don't give up.  You've got the bug now.  Instead, you start reading more widely, learning your craft.  You apply what you learn and suddenly you start seeing some success with short stories.  A writer you admire likes them.  He says he'll look at the latest novel you're working on.  You finish it, pass it along.  The author's wife, an editor, reads it first, likes it, passes it along to her husband's agent.  The agent likes it.  You have an agent.  The book doesn't sell, but God, you're getting so close you can taste it.  You write another novel.  You wait for the editors to respond.  One rejection.  Two.  And then, there it is.  The offer.  Acceptance.  You are going to be published.  Hell, let's go one better, it's a two-book deal.  Two of your books are going to be on shelves, in readers' hands.  You've made it.

Except we all know three-act structure.  And this isn't act three.

Your book comes out.  You start work on book two.  You check your Bookscan numbers.  You worry about sales.  Especially when a major book chain fails.  But you keep plugging away.  You start to check Bookscan less.  No one needs that sort of discouragement.  And then your agent calls.  Your publisher is all out of cash.  The deal is no longer the deal.  It's still there but there's a lot less money.  Oh and their distribution issues have pretty much sunk the sales on book one, so who knows how book two will do.  You decide the deal's off.  Book two is off.

This is the end.

That was pretty much my journey with my debut novel, No Hero.  Rise and fall.  An old story in some ways.

Except that wasn't really the end.  Hell, this story doesn't even have three acts.  This story is life.  And life isn't neat.  There are no convenient credits at the moment of emotional resonance.  Everything keeps rolling on.

This story is life.  And life isn't neat.  There are no convenient credits at the moment of emotional resonance.  Everything keeps rolling on.

So I did too.  Book two was almost done.  I was two copy-edits and two months away from publication when the deal fell apart.  I plowed on.  This is the 21st century.  The author owns his property now.  The publisher is an unnecessary middle man.  I kept to my publishing schedule and I put the book out myself.

For the record, I hate self-publishing.  I don't say that because self-publishing is inherently bad, or because the self-published are tearing down the literary establishment.  I say it because self-publishing takes an enormous amount of time I don't have.  Writing a novel is a huge time-consuming task.  Once that's done, I don't have time for copyediting it, converting it to html, laying it out, copyediting it again, hunting down a cover artist, seeking out review sites that favor self-pubbed books, drafting a press release, sending out review copies, designing an ad, placing an ad, hustling for guest post slots.  It's certainly possible to do, as several people have demonstrated.  I'm just not convinced it's possible for me to do it.

Book two came out.  Launched from the nest, but without any power to truly propel it, it dropped like a stone.

And that, probably, should have been the end.

In fiction we learn to eschew Deus Ex Machina endings.  We don't believe in the savior that comes from nowhere.  It doesn't sit right.

Trust me, when it happens to you, you learn to live with it pretty fast.

For me the God from the Machine was Titan books.   And to be fair, the savior didn't come from nowhere, it came from the amazing work my agent did.  So maybe there is something satisfying in there – the subplot that pays off and pulls my fat from the fire.  And maybe there was even a life lesson in there about persistence, about not giving up, about the stubborn satisfaction of never stopping putting pen to paper.  Because Titan bought book one.  They bought book two.  And hell, let's even throw a book three in there.

It can change just like that.  Just a moment when everything comes together and what seems like disaster suddenly isn't anymore.  As writers we can control the worlds we create, but not the world around us.  All we can do is play our part, be the best writers we can be, make as many smart decisions as we can.  And one day, everything else might align too.  And on that day, well, then we might just get our happy endings.

Jonathan Wood is an Englishman in New York. He has written short stories for The Best of Beneath Ceaseless Skies, Chizine, and Weird Tales. No Hero is his first novel.

Joshua Chaplinsky from New York is reading a lot more during the quarantine March 20, 2014 - 8:19am

It's stories like these that give people hope. Thanks for sharing.

I don't know, it sounded negative and sour to me.