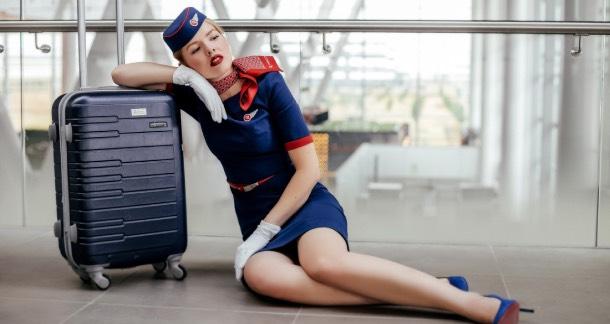 Sex in fiction often falls into the historical notion of men as conquerors taking what they want without asking and women tolerating whatever they’re given. Naturally, this is a gross generalization, but one key to rectifying this societal imbalance, at least in part, is to make consent in fiction explicit. Explicit consent is clear and direct. In other words, the couple makes their sexual decisions together, as partners and equals in the experience. In fact, writers should think of this movement toward consent in fiction as a direct reflection of the world around us—a place where trust, respect, and consent are the cornerstones of a healthy relationship. And yet, amidst this notion, a major question arises: How does an author explore the darker side of sex with safety and consent in mind?

Let’s start with the basics.

1. Compliance in or approval of what is done or proposed by another
2. Agreement as to action or opinion; specifically, voluntary agreement

Socially, we describe consent as a verbal expression of permission. Consider all those flight attendants who want a clear “yes” before we’re able to sit in the exit row. With that in mind, silence is not consent and neither are statements of uncertainty or hesitancy. An implication is also not consent. That is not to say that there aren’t actions—such as the nod, smile, and draw close combo that signals a pending kiss—the key, however, is to make those moments explicit so there is no mistaking the desire to move forward.

What Are The Elements Of Consent?

• Each participant must be willing. A consensual relationship won’t develop under duress or undue stress. If one party forces another to do something that makes them uncomfortable, that’s not a consensual relationship. Relationships are about building trust and putting pressure on another person is the exact opposite of that.
• Each participant must be coherent. Those who are asleep, drunk, or high (through legal substances or otherwise) aren’t in a position to give their “voluntary” agreement. Avoid those situations in your writing and have your characters acknowledge that there are certain boundaries that should not be crossed.
• Each participant has the right to revoke his or her consent at any time. Just because a person agrees to one stage doesn’t mean he’s giving tacit agreement to all stages. Have your characters check in at each stage of intimacy. Is this good? Do you like that? Should we move to the bedroom? Questions are a great way for characters to explore their boundaries. Remember, consent is continuous. Leave room for characters to say “no” comfortably and with confidence. If you’re writing a romance, this will help make their happily ever after believable because the characters are listening to each other in a give-and-take capacity from the start.
• Each participant should have equal footing in the relationship. We’re all familiar with the unjust dynamic that comes with sexual harassment—a supervisor, instructor, landlord, law enforcement official, et cetera, uses her/his power to take advantage of someone in a weaker position. This is not consent and should not become a point of story conflict simply because the book you’re writing is fictional. Instead, give every character agency. Be mindful of who’s holding the power and how they’re using it. Eliminate the elements the more powerful person can use against the other and attempt to put them on a level playing field. For instance, if an employee falls for his supervisor have one of them make the decision to take another job or transfer away rather than one party forcing that transfer on the other. It’s a subtle distinction, but that slight nuance allows each party to exercise their own power without one taking advantage of the other. The relationship can then move forward on a level playing field.

• Discussing birth control is unrealistic or a turnoff. A big part of consent are things like do you have a condom? Are you willing to have unprotected sex? What’s your status? People have conversations like that every day because the answers often make or break the notion of moving forward with intercourse. Of course, we all read fiction for the fantasy element and your characters may ultimately choose (operative word here) to ignore some of these roadblocks, but that shouldn’t preclude you from keeping your characters safe or acknowledging the inherent challenges of sleeping with someone you’ve just met.
• Sex is only good if it's spontaneous and people know how to give pleasure without talking about it. Having your character talk about their intentions won’t spoil the mood. Trust me on this one.
• Arousal equals consent. Sexual arousal is not consent. You can have an erection or get wet and not want to have sex with a person because those reactions are a physiological response, not a sign of permission.

Ways To Include Consent in Fiction

• Make it part of the foreplay. Before your characters hit the bedroom, have them talk about their boundaries and fantasies. Part of their flirting can be discussing turn-ons and turnoffs. Another method is to have the characters talk about what worked and what didn’t in their past relationships as a natural way to breach the ideas of what is and what isn’t consensual. That way, the consent discussion melds seamlessly and succinctly with the action once your characters begin their lovemaking.
• Establish boundaries early. Does everyone in the scene understand the rules? Both parties have to be aware and enthusiastic about what is taking place. For instance, both parties have to be equally excited when one decides to blindfold the other. Have them check in with each other. This can be as simple as “This okay?” or playful banter that shows both excitement and consent—“This blindfold feels weird but I’ve always wanted to try this.”
• Use consent to build anticipation and tension. As the parties negotiate each step of their journey, have moments of consent act as a gateway to heightening the stakes in the scene. We should also experience the hero or heroine relishing one moment or nervously dreading the next as they reach each new point of impasse.
• Consider the type of narration used for the scene. The heroine’s desire (or lack of) may be clear to the reader due to the point of view, but is her desire level clear to the other character in the scene? Perhaps, the scene would work better from the hero’s viewpoint so that he can sense the heroine’s hesitancy and inquire how to proceed. Either way, avoid relying entirely on thoughts. To make consent explicit, you must find the balance between internal and external.
• Watch diction. The words chosen for a scene can make a difference in the mood and tone the reader detects. Is there a look of menace in his eye as he towers over her and thrusts her against the wall? You can convey strength and passion without it turning into domination. Of course, if that’s what you’re going for, fine. However, the characters should come to an agreement on what’s acceptable.
• Focus more on intimacy than physical pleasure. A sex scene, as with any other scene in your novel, should push the narrative forward. For romance writing in particular, the building of emotion and the strength of the relationship should come first.

If you are looking for novels with examples of positive consent, Goodreads has a list that includes some of the romance genre’s top authors like Alyssa Cole, Helena Hunting, Eloisa James, Tessa Dare, and Helen Hoang. There is also an excellent article on Jezebel where several prominent writers such as Alisha Rai, Sierra Simone, and Maya Rodale explore how they handle consent in fiction and why this subject is important for us all.

Just remember, consent is simply a matter of giving your characters agency when it comes to the choices they make. Each party should walk away from the encounter feeling like they had control over the situation in some form. Now, this approach to sex may initially feel strange to some of you, but it is important that we start including these elements of consent to help normalize the fact that these conversations can, do, and should occur. Sex isn’t any less erotic or spontaneous when a dialogue about boundaries takes place. And you’d be surprised how much of a turn-on it can be to add a little game of “Mother, May I?” to the bedroom.