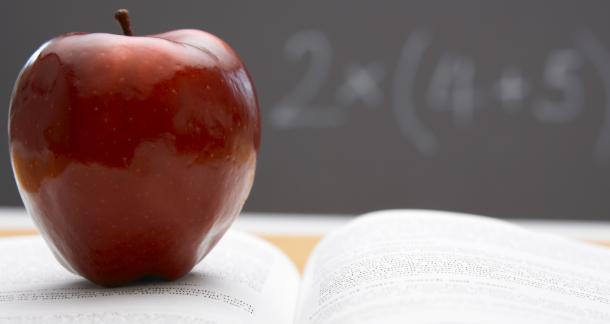 Nothing is more intriguing in a romance novel than when things get truly complicated, and exploring taboos can turn an otherwise run-of-the-mill story into something much more titillating. There’s many romances that delve into the taboo, but among my favorites are ones that feature the ultimate in forbidden relationships: the student-teacher romance.

It might be common sense that nothing good can come of this mash-up in power dynamics, but that doesn’t stop these six novels from delving in with abandon, exploring the forbidden in new and exciting ways. From a classic by Colleen Hoover to fresh New Adult by Dahlia Adler, we’re exploring the student-teacher taboo in romance lit. 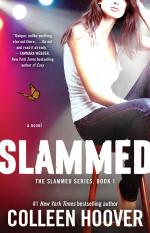 Eighteen-year-old Layken is less than thrilled when her mother moves the family to Michigan after the death of their father. She’s trying her best to put on a brave face and support her mother in raising her younger brother, but she’s losing hope. Things begin to look up upon arriving to her new home and meeting 21-year old neighbor Will Cooper. Their connection is immediate and Layken is drawn to his intriguing passion for slam poetry and his easygoing manner. After an intense first date that has Layken feeling like things could be okay in her new home, Will and Layken are shaken to the core to find out that he is her teacher. Their daily interactions become pained as they struggle to reconcile the intense feelings they have for one another and the situation that must keep them apart.

This story is so much more than a student-teacher romance. It is a heart-wrenching and honest portrayal of two people immediately drawn to one another in an intense way. Hoover takes all of the complex and heartbreaking realities of a student-teacher romance and ups the ante with lead characters that have truly tragic Problems. I’m talking about Problems with a capital P. The love between Layken and Will is intense and the realities of being together aren’t easy, but together they find a way to make it work. 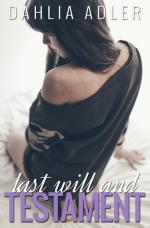 2. 'Last Will and Testament' by Dahlia Adler

When Lizzie Brandt’s parents are killed in a tragic car accident, she must find a way to turn her partying and easy hookups into a life more responsible. To keep her younger brother out of foster care, she has to pull herself together and become the guardian he needs. As she stumbles through the realities of becoming an adult, she finds that the only person she can really go to for help is her infuriating Byzantine History TA, Connor Lawson. Although he starts out judgmental of Lizzie, he comes around and proves to be the most reliable person in her life. Things get complicated when their feelings for each other deepen and they become so much more than simply teacher and student.

This book is a stellar addition to the New Adult genre, turning a familiar romance trope into something with much more heart than you’d think possible. The romance is sexy and the emotions are real as Connor and Lizzie wade through dangerous territory that might ruin both of their futures. 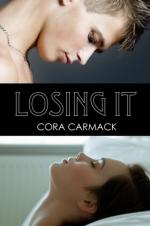 3. 'Losing It' by Cora Carmack

Bliss Edwards is tired of being a virgin. When she gets fed up once and for all, she decides that there’s only one way to deal with her little problem and sets out to find the perfect solution — a one-night-stand. Sounds simple, but when she freaks out and leaves the guy stranded, naked in her apartment, she realizes that losing her V-card isn’t quite that easy. Adding insult to injury, when Bliss arrives for the fist class of her last semester at college, the man standing in front of the classroom looks very familiar, since he was naked in her bed only 8 hours earlier.

Cormack has taken what could be really heavy subject matter and turned it into something altogether fun and light. There’s no drama or angst in this book. Well, aside from the highly embarrassing moments that seem to plague Bliss at every turn. But those are pure fun! This is a fresh take on the student-teacher romance minus all of the drama. 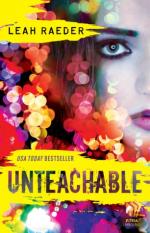 Maise and Evan meet one night at a carnival and have a passionate encounter that leaves them both reeling. Although Maise usually prefers to keep things simple — no strings attached — she can’t seem to stop thinking about Evan afterwards. When it comes to light that Evan is Maise’s high school film class teacher, the two try to keep their hands off of each other, but their attraction is much too strong. People start to notice and the rumors begin to fly as the two steal moments together whenever they can. When the truth comes to light, everyone’s futures are altered.

There’s something very immediate and raw about the writing that draws the reader right in, but the romance is so taboo and written so descriptively that you can’t help but feel like you’re viewing something super personal — something you aren’t mean to see. The forbidden aspect of the student-teacher romance is definitely played up here, to a tremendously unsettling effect. The romance itself is sexy as can be and not for the faint of heart, but it’s an interesting dynamic with compelling characters who both have a lot to lose. 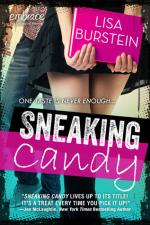 In a wonderful twist on the traditional student-teacher romance trope, Candice is the TA and James is her student, giving a unique spin on the power dynamics you usually see in these types of novels. Readers will love seeing the affair from the teacher’s point of view, and it doesn’t hurt that Candice is so endearing. The chemistry between James and Candice is undeniable, but the romance is also sweet. This book is pure fun. 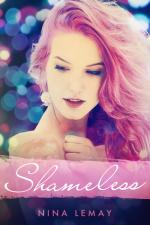 Hannah is what she likes to think of as a cliché. She’s working in a low-end titty bar in order to afford her college tuition at Montreal’s most prestigious art school. As her two lives blend more and more into one, it becomes increasingly more difficult to discern her roles. Inevitably, her two worlds collide when beautiful, sophisticated Emmanuel steps into the bar. All of a sudden keeping her secret becomes much more difficult when Hannah finds out that Emmanuel is her Classic Photography professor.

This book has a very dark, sexy feel to it, full of backstabbing and blackmail that keeps you guessing at every turn. Hannah’s job as a stripper was bound to catch up to her in a very closed-minded academic world, but she manages to find a way to spin it in her favor, and the exploration of the student-teacher dynamic is intriguing and well done.

Each of these novels is a unique twist on a familiar trope in romance literature. From sweet affairs to the dark and gritty disruption of power, there’s a book to explore the taboo student-teacher romance for every reader.