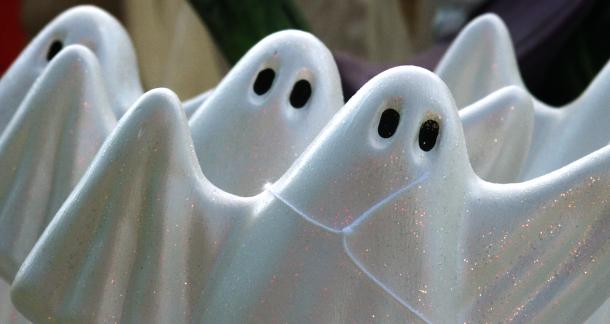 Is there anything quite as wonderful as settling in with a good book, ready to be spooked? When you think of brilliant books that scare your socks off, of course you think of Stephen King and Dean Koontz, but why limit yourself to adult horror? There’s a whole world of suspense to be found in the young adult section of the bookstore. From serial killers with Maureen Johnson to bloody ghosts and murder from Kendare Blake, there’s a young adult novel to keep everyone up late at night with the lights on. 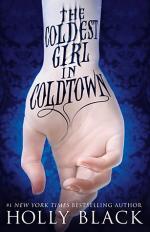 1. 'The Coldest Girl in Coldtown' by Holly Black

Tana lives in a world where walled cities called Coldtowns exist. In them, quarantined monsters and humans mingle in a decadently bloody mix of predator and prey. The only problem is, once you pass through Coldtown’s gates, you can never leave. One morning, after a perfectly ordinary party, Tana wakes up surrounded by corpses. The only other survivors of this massacre are her exasperatingly endearing ex-boyfriend, infected and on the edge, and a mysterious boy burdened with a terrible secret. Shaken and determined, Tana enters a race against the clock to save the three of them the only way she knows how: by going straight to the wicked, opulent heart of Coldtown itself.

Just when you thought you were completely over vampires in young adult literature, here comes Holly Black with a totally new and exciting take on the familiar trope. The story is completely original and breathes new life into the paranormal genre. Black doesn’t shy away from the vivid and often bloody descriptions of violence. Oh, the blood! It’s really everywhere, and rightfully so. This is a vampire novel, after all! You’ll be thoroughly freaked out and on the edge of your seat, left with that delicious creeped-out feeling. 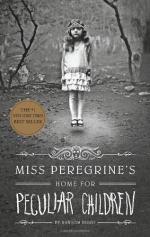 This story centers on the protagonist Jacob, who is a little left of center in every way, yet completely endearing. He is very much attached to his grandfather, who has spent his life telling Jacob tales of wonder featuring children with amazing abilities. As Jacob grows up, he is less inclined to believe these tales until a horrifying night that leaves his grandfather brutally murdered. The authorities say it was wild dogs, but Jacob knows he saw a monster. In a desperate attempt to reconcile his sanity with reality, Jacob talks his father into a trip to Cairnholm, where he hopes to unveil the mystery surrounding his grandfather’s death. When he arrives, a strange new world is revealed, leaving Jacob to form his own conclusions about his future.

The narrative is spooky and engaging and spares no expense in setting up a strange and wonderful world outside of the reader’s expectations. There’s obviously a heavy paranormal element in the story, yet it is grounded in the realities of human experience and tugs on the reader’s emotions. The book is whimsical and creative, with just enough in the way of haunted mansions and creepy attributes to be suspenseful. 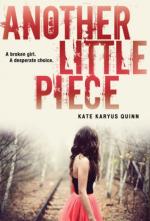 When Annaliese Rose Gordon finds herself inexplicably drawn to a small house in the Oklahoma countryside, thousands of miles away from home, she has no memory of who she is or how she got there. She’s been missing for a year, you see, and despite the fact that she’s been found and is safely returned to her parent’s home, there are questions lingering. As eerie pieces start to come together and traumatizing memories start to reform in her mind, it becomes clear that Annaliese isn’t who she appears to be. In a fight against time, she must piece together her haunting memories to make sense of her very existence. Plagued by a bloody hunger and fighting the visions that overwhelm her, Annaliese must hurry to prevent a cycle of terrifying violence.

This novel is deliciously dark and unnerving as can be. It is anything but your typical YA paranormal tale and is filled with gory scenes of bloodlust and terrifying images of death that will have you turning on lights as you read late at night. 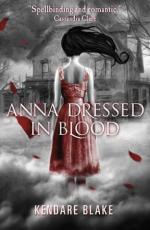 After his father dies attempting to kill a powerful ghost, Cas Lowood takes up the unusual family vocation with a desire to avenge his father’s death. Armed with his father’s deadly Athame, Cas travels the world with his witch mother and spirit-sniffing cat in search of spirits to kill. They never stay in one place long, always in search of the next deadly ghost, so Cas isn’t sure why he’s drawn to Thunder Bay, Ontario, where he is in search of perhaps the deadliest ghost ever to exist. Anna Dressed in Blood is dangerous and powerful, still wearing the dress she wore the night she was brutally murdered in 1958. The dress was once white, but now drips menacingly with blood, and Anna has killed every person who has ever dared set foot in the Victorian home she haunts. When Anna spares Cas’s life during their first encounter, Cas is drawn into a terrifying dilemma of how to stop the killings and make sense of the circumstances surrounding them.

The novel is full of unspeakable horror, yet has a softer side as well. Although the murders are brutally depicted, there’s a larger perspective of humanity that goes along with it. Just when things get really tense and you find yourself entangled in the horror, a wonderful sense of levity and humor shines through. You’ll find yourself recoiling in revulsion when Cas encounters the gore of the dead, and you’ll be on the edge of your seat when the action ramps up and the final fight for power goes down. 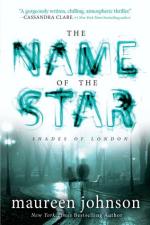 5. 'The Name of the Star' by Maureen Johnson

Rory Deveaux is excited to start a new life when she leaves Louisiana for a boarding school in London, but when she arrives; the city is in upheaval over a Jack the Riper copycat killer. The city is under Rippermania as they wonder if the police can stop the next murder from occurring. Since nothing is showing up on the CCTV cameras throughout the city, and the police have few leads in the case, they take a special interest in Rory when she witnesses a strange man hanging around campus on the night of a murder. The only problem is that Rory seems to be the only one who can see the man, and the stakes quickly rise when she becomes his next target.

This book doesn’t shy away from gory descriptions of the crime scenes, and there’s plenty to keep you on the edge of your seat as Rory sets her mind to finding out the truth about the murders. The Name of the Star is a terrific mix of paranormal suspense and realistic thriller that will keep you up well past your bedtime.

This is just a short list of the many wonderfully creepy young adult horror novels to get you started. Whether you like stories steeped in paranormal suspense, or more realistic settings full of murder and mayhem, there’s a book for you.

What's your favorite YA horror title?