Summertime Sadness: Do Writers Have To Be Sad? 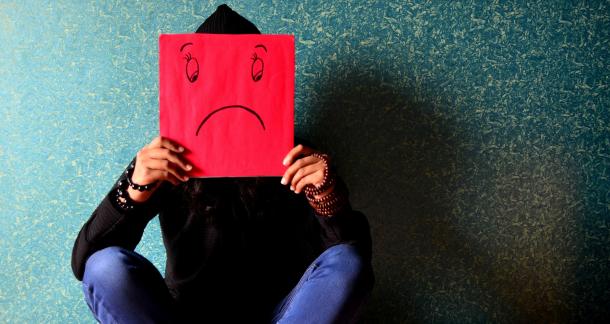 Summertime sadness. It’s not just a clever title. It’s not just my favorite Lana Del Rey song, excluding of course the one where she compares the taste of her ladyparts to a soft drink, a claim that strikes this writer as dubious. Because if you could make a part of your body taste like cola, wouldn’t you make the inside of your mouth taste like cola, and wouldn’t that be a much better use of your powers? You could taste cola all the time! Think it through, Del Rey.

You’re not alone. Plenty of writers are depressed, unhappy, unpleasant, or feeling other things that basically just suck.

But do all writers feel like that? All the good ones? Do writers have to be sad sacks in order to be any good?

It might sound like a stupid question, but I’m betting a good number of us think, on some level, that sad, mopey people with tortured souls write better stuff.

And that would be the end of the column if I thought it would satisfy. I suppose you could pretend it’s the end if you’re in that tl;dr camp. Just assume it ends here, the rest is footnotes, and discuss below!

But for everyone who wants to hear a little bit more, read on.

What if you went to a fancy restaurant and read about how the head chef had a really, really lousy dad? Would that make you excited, licking your lips in anticipation because you could be totally sure the food was going to be awesome?

Why do we think of writers as being downers?

A happy writer doesn’t really fit in with the whole Writer persona. A Writer is supposed to be a drunk, somewhat anti-social, somewhat reclusive, unhappy person who has a difficult time finding love and probably had a bad time growing up. Bonus points if the writer did something that’s romanticized but pretty much sucks, like hitchhiking a long distance through a desert, working on a fishing boat of some kind, or listing “degenerate” in that career field on their tax return.

“Writer” is one of the few job titles that carry a pride in this sort of persona. Stand-up comedian is another. You’ll hear a lot of arguments about people who grew up happy having no ability to be funny, successful stand-ups. Maybe artists too. People who do art installations at least. As I understand it, an “installation” is art that goes in a place but probably doesn’t hang on the wall, and some part of the art DEFINITELY represents genitals. None of this subtle Georgia O’Keefe nonsense.

Certain artistic careers carry this outsider mystique, but can you imagine something like, I don’t know, accounting having this sort of stigma? You can only be a good accountant if your parents split? You’ll find plenty of accountants, but the really good ones, they always have a dark past? The best accountants are either drunks or in recovery?

What if we applied it to chefs? What if you went to a fancy restaurant and read about how the head chef had a really, really lousy dad? Would that make you excited, licking your lips in anticipation because you could be totally sure the food was going to be awesome?

The sadness thing, I think it might just be part of this whole mystique. A way to keep things mysterious and interesting, and a way of gatekeeping, something we do to keep other people out of the writing world.

I’m in favor of squashing some of this mystique. I worry it makes happy people feel like they’re inadequate or underqualified to write.

I mean, sure, we can all name some writers who’ve had bad times. It’s very easy to come up with the Poes who got tanked in some kind of old-timey voting fraud or maybe had rabies, or the Woolfs who filled their pockets with stones and walked into a river. Or the Nicholas Sparkses who melted their own heads in a freak teeth whitening accident while trying to maintain a happy image (okay, this one is more prediction than fact).

The reason we all talk about those people is because they’re great writers, but it’s also because their troubles and eventual deaths make for great stories. They’re interesting. They’re tragic. There’s drama.

How much drama is in “This lady wrote a bunch of books, and they were pretty good, and she lived to be reasonably old and then died of the sort of thing people die of when they’re reasonably old”? You’re bored already. I had to type it, so you can imagine I’m bored as hell.

By the way, “kapowski” is my new, Saved-By-The-Bell-themed onomatopoeia. Pretty sweet, eh?

It’s A Convenient “Where Does It Come From?” Answer

In interviews, writers will often be asked where they get their ideas. And there are a lot of answers out there, but I think the only real, true answer is “I don’t know.”

But if we have some sort of answer, a quick, “Well, I was a lonely kid who wrote a lot” kind of thing, we can peg the source. And if we can do that, we don’t have to worry about running out of ideas. You’ve got this endless well of personal issues from which to draw. Those things happened, they're tangible, they’re real, and we can look at them as material and feel a level of comfort.

We are a world obsessed with reverse engineering talent. Think of all the web sites and blogs devoted to people asking other successful people about their morning routine or their diet or their exercise regimen or what have you. All of them subtly promoting the idea that by acting the way a successful person acts, we can be successful.

Want proof this is stupid? When Steve Jobs worked at Atari, he didn’t shower. He ate fruit instead. I’m not kidding. If I stopped showering and started eating fruit instead, it’d be about 20 minutes before you could smell me through your computer screen. I'd take off one shoe, and you'd swear you just snorted this: 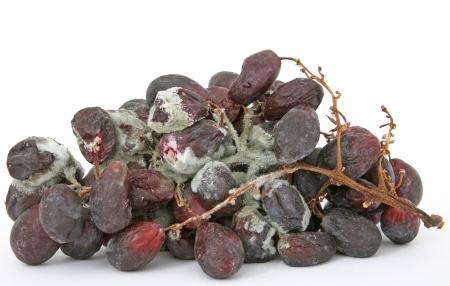 Heineken, two margaritas, coleslaw, a taco salad, a double order of fried onion rings, carrot cake, ice cream, a bean fritter, Dunhills, another Heineken, cocaine, and for the ride home, a snow cone (a glass of shredded ice over which is poured three or four jig­gers of Chivas)

No part of me thinks that replicating this lunch would help me be more like Hunter S. Thompson. Well, I guess it would probably make me dead, which is what he’s like now, but that wasn’t the part I was looking to replicate.

And I don’t think replicating something less concrete, like Thompson’s outlook, would make me a better writer. Or, at the very least, I don’t think it’s a requirement.

In looking to sadness as fuel, we might be looking at a person in a very piecemeal way that doesn’t really represent who they are and how they wrote the things they did.

The Moment of Harshness: We Need To Believe Our Suffering Means Something

If we go through difficult times, and if we can emerge on the other side, there’s this very human need to make sense of it all. Why did this happen to me? What is the purpose of this?

And to those questions, writers can say, “I went through that because it fueled my writing.”

Which is entirely possible, entirely true, and entirely valid from the standpoint of an individual who’s gone through something or feels awful for no easily determined reason.

Personally, I subscribe to a philosophy that is a bit nihilistic in that nothing has meaning other than the meaning we assign it. In other words, Why do we go through crappy times? For no reason at all. It just happens. Life is just a series of things that happen with very little meaning or purpose, and almost certainly no forethought.

That’s not how everyone feels, and that’s cool. But from my perspective, we all have problems. We all have big problems. By turning our problems into a positive, by giving it that spin, some of us can feel a lot better about those problems. It’s why you see people who go on Instagram “fitness journeys” and spiritual journeys, and it’s why we like reading tales of people who pulled themselves from the wreckage, and it helps writers feel better about who we are, which is very often troubled people who have (sometimes) found ways to make a good life. It's a way of making sense of the world, and if it helps people, that's a good thing. I just have to ask whether we're working backwards, looking at our method of coping with life's bad shit and labeling it as the reason the bad shit happened in the first place.

It’s Okay To Be Sad

Before we wrap this up, you should probably know that it’s okay to be sad. I know I sound pretty Sesame Street right now, and I just hope I sound cool Sesame Street, like that Pointer Sisters song that counted to 12 inside a pinball machine. 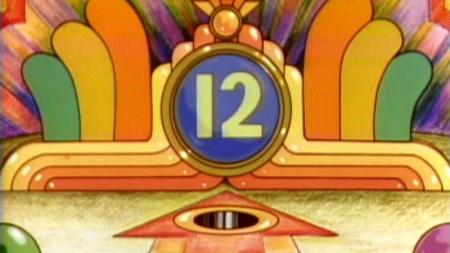 It’s okay to be sad, and it’s okay to not be sad, too. That’s what I REALLY wanted to say here.

Our sad times can be productive and constructive, and they can provide something that might be hard to find otherwise.

Sad people can write, and they can write great things.

And if you’ve never been sad a moment in your life, you can write. I’m confident in you. I believe in you, even though you must already believe in yourself if you’ve never had a bad moment. Seriously, how does that happen? You’ve never waited in a line? Had a bad date? Gone to a water park and had an intense water slide shear your swimsuit off your body? Man, you happy people just piss me off...