When I think about my body of work as an author, starting out writing thrillers and neo-noir, and then shifting over into the new-weird and horror, the unreliable narrator is a protagonist, and technique, that I’ve used quite often. Why? What is the appeal? How can that make your stories more effective, more intense, more interesting? Let’s talk about it.

Essentially, an unreliable narrator is a protagonist whose credibility has been compromised. Usually, it’s in first person, though not always. The unreliable narrator can’t be trusted, they are sometimes delusional, sometimes affected by outside sources, and other times by their use of drugs or alcohol. What’s consistent about using an unreliable narrator, whether you reveal that right from the start (“I’ve always been a liar…”) or reveal it the deeper we get into the story (“Everything I’ve told you so far is a lie…”) is that they don’t tell the truth. They can be aware of their unreliable story or they can be unaware, both can work. But the core of their essence is that we, the readership, have to take everything they say, do, feel, and show with a grain of salt.

Why They Are Unreliable

The easiest, and most common, unreliable narrator IMO is somebody who is affected by drugs or alcohol. They tell us stories that seem to be grounded in reality, for the most part, but as it turns out they are not seeing or remembering everything correctly. The harder the drugs, the more they hallucinate, for example, the more obvious it can be that they are not getting the story right, and may (or may not) be aware of how unreliable they are. Another common way of showing an unreliable narrator is by them being a liar. They tell us upfront they lie, and that they shouldn’t be trusted. They are a criminal, a thief, a killer, whatever, and they lie for a living. This can be told early on or later in the story. The third most common element IMO is mental health—is there a mental problem with the protagonist that causes them to either not be fully present, or to not even realize that there is something going on? We see that a lot in split personalities, or multiple personalities. There are other mental issues that can lead to an unreliable narration—memory problems, hallucinations, detachment, fugue states, manic states, you name it. And then we have the supernatural—are they possessed by a demon, controlled by a witch, is there a spell, or some cosmic being pulling the strings? All of this can cause a narrator to be unreliable.

How They Can Make Your Work Suspenseful and Intense 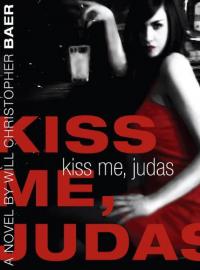 So, how can an unreliable narrator make your writing more suspenseful and intense? Here are some ideas. In my novel Disintegration, there are a few ways that my unreliable narrator adds to the experience. First, he has no name. So it’s hard to understand who exactly he is, where he comes from, and what he is all about. I do give you some back story, but not in the beginning. He is taking several drugs—one called Happy and one called Sad. He takes the Happy drug in order to lift his spirits, a combination of speed and mild hallucinogens, even a touch of ecstasy. He takes Sad to bring himself down when he’s too manic, something to chill, a mix of Valium and Xanax, and other ingredients. He drinks a lot as well, and so he’s quite altered. There are visions he has in an underground sex club that is pretty strange, and we’re not sure what he REALLY sees and what is imaginary. He is exhausted, often quite tired, days without sleep, so that alters his memory, his POV. Things he forgets about later pop up—a woman in a grocery store telling him his order is ready when he doesn’t remember making it—the lipstick and perfume confusing to him at first. When you show how unreliable this person is, we have to really look at everything that happens and wonder if it is real. These moments can lead to violence, to enemies we didn’t know existed, to acts (good or bad) that have been forgotten, to paranoia about friends being enemies, about somebody coming for them, when nobody is. The ways that the tension and suspense expand out of these moments, these acts, these forgotten events—man, it can go anywhere. It leads to surprises, twists, false memories, forgotten crimes, secrets, repressed guilt, and rippling consequences.

Here are some examples of unreliable narrators in film and literature: Memento (no short-term memory); Mulholland Drive (delusions, drugs, false realities); The Machinist (lack of sleep, repressed memories); Rashomon (several POVs, several different truths that contradict each other); Shutter Island (reality, drugs, memories); Fight Club (split personality, false memories); American Psycho (dual reality, paranoia, hallucination); House of Leaves (I mean, the whole thing); Life of Pi (the story told, and the truth underneath); The Wind-Up Bird Chronicle (balance between reality, hallucination, supernatural, and historical elements); Trainspotting (drugs); Requiem for a Dream (drugs); Come Closer (demon possession); Angel Heart (deal with the devil); The Girl on the Train (drinking, delusions, hallucinations); my novel Disintegration (as mentioned above); my novelette, “Ring of Fire” (chorus of disembodied voices, looping narrative, mind-altered protagonist); my story “The Caged Bird Sings in the Darkness of Its Own Creation” (false memories, influence by outsiders, an ending that can be interpreted in many ways).

When your narrator is unreliable it allows you, the author, a lot of flexibility. You no longer have to play by the rules. You are allowed to contradict yourself, create false memories, write maximalist hallucinations and delusions to immerse the reader, mislead, distract, and live in the shadows, on the periphery, using lyrical language or direct presentations of events that may turn out to be lies. It’s quite exciting to use an unreliable narrator—things are not what they seem, the clues and secrets lead to suspense and tension, and the experience can be full of surprises and intense revelations. As long as YOU the author know the truth of your story, and can work on the core of the narrative, under the surface, just out of focus, off to the side—then you can work magic with sleight of hand and misdirection to lure the reader into the darkness, where the truth will be revealed. It can be a powerful experience if done right, so have fun with it, and avoid the deus ex machina moments. Earn that ending, so that when you drop the bomb on your audience, the reader will say, “OMG! What the hell?” at the same time that they mutter, “Wow, it was there all along. I can see it now. This is pretty intense.” It’s not easy, but with practice, you can use an unreliable narrator to increase your tension and suspense, while working towards a powerful ending.

I must be dead for there is nothing but blue snow and the furious silence of a gunshot. Two birds crash blindly against the glass surface of a lake. I’m cold, religiously cold. The birds burst from the water, their wings like silver. One has a fish twisting in its grip. The other dives again and now I hold my breath. Now the snow has stopped and the sky is endless and white and I’m so cold I must have left my body.

—Kiss Me Judas, by Will Christopher Baer

Get Kiss Me Judas at Bookshop or Amazon