Storyville: Creating Tension in Your Fiction

Think of any short story or novel that you’ve ever read and I can pretty much guarantee there is tension involved—and that it builds. Even the most innocent of nursery rhymes and fairy tales have tension.

Look at “Little Red Riding Hood,” and how she walks through the forest, the wolf lurking, how when she gets to grandmother’s house, the wolf has eaten the old lady, dressed up as her, and we are so very close to this beast, with its big eyes and big teeth. The woodsman breaks in and saves them, slicing open the wolf to rescue the grandmother (you didn’t think she was in the closet, did you?).

Look at “The Three Little Pigs,” and how the houses they hide in get stronger and stronger, the wolf (that bastard) again chasing them, until they are at the brick house—which surely has to stand, but then the chimney, the chimney—he’s IN THE HOUSE. But it’s boiling water, and they are safe.

Look at “Hansel and Gretel,” and how the parents abandon the children in the woods so that they don’t starve to death (nice parents), but then the children wander around, eventually finding the house made of gingerbread, candy, and treats. Of course they’re going to eat it. Captured by the witch, and thrown into a cage, she fattens them up. Only by a bit of luck do they shove her into the oven.

Now look at more contemporary stories. Think of the various genres. In horror, in crime, it’s always coming—it’s going to happen, you cannot escape it, right? Let’s look at some ways you can create tension, and increase it, building to that climax. 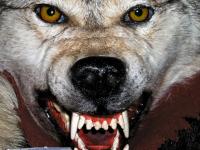 Obviously the main conflict of your story is what is driving your narrative. So if the boy is trying to find his father, every false lead and close call is a disappointment, but we get clues, we get closer until the father is revealed to be—the killer, the uncle, the pervert down the street, Darth Vader. Look at your conflict and think of what could possibly get in the way, and then put it there. Challenge your protagonist to get through it, beyond it, to suffer along the way, to break through—or not, to fail. Either way there is a resolution.

If the external conflict is the big issue at hand, driving the storyline, what about the internal conflict? The world at large is what you’re fighting against with the external conflict, it’s what’s outside you—distance, monsters, criminals, time. What’s inside you is your fear, your baggage and history, your flaws—as well as your strengths, and desires, and needs—and how those work with you to solve the problem or work against you to handicap and slow your progress.

Start out with a father trying to find his daughter, she was supposed to be home by now, it’s 11:00 p.m., and no sign of her. That’s the first level of tension. What’s next? Calling her friends to find out they haven’t seen her all night? Going to the boyfriend’s house to find him beat up and unconscious? Sitting in a parking lot guzzling whiskey because you’re stressed and freaking out, only to see your daughter walk into the same store? But wait, she just pulled a ski mask on, and she’s checking her pistol for bullets? What the hell?

This is what we’ve talked about in our hooks, right? It can’t just be that you are late for work, or that you ran out of gas, or that you are unhappy with your wife. Who cares? It can be a place to start, maybe, but it needs to risk more, these are life changing moments, major crossroads, the inciting incidents—the tipping points. Are you tired of hearing these words? NO? Good. Embrace them—because after this moment in time things will never be the same again.

Running Out of Time

This sense of urgency I’ve talked about, this is what you need to create. This is happening now, and if you don’t act fast, or in some way put this thing in motion, we’ll never solve the problem. There is always some sort of countdown, a ticking clock, a time bomb about to go off, right? Bring me the money or the girl dies. Blow up the Death Star or they will destroy us all. Get to the west coast before it’s too late. Stop the politician from winning the presidency or there will be war. Look at your story and figure out how much time you have, and then speed it up. It can be a slow, thoughtful, literary story and you will still run out of time—you need to tell your father you love him before he dies of cancer, you must draw the lottery number eventually to see who is going to die.

Don’t play it safe—take chances, risk it all, and leave the blood, sweat and tears on the page.

Be careful with this, but how many times has the anticipation and tension and horror been building only to have things change, to twist the story in a new direction? It doesn’t have to be the ending—it can be in the middle. Look at Gone Girl, and how many twists and turns it took—who is innocent and who is guilty, is she dead or alive, who is the victim and who is the predator? It keeps changing. Those are the best stories, when we don't know who to root for. I just got done re-reading Perdido Street Station, and the Weaver starts out as a dark figure, dangerous, the enemy—but his role changes. For some reason I’m on a Star Wars kick today, not sure why, but how many twists did we have in this series—the true identities of Darth Vader and Princess Leia alone!

This may seem counter-intuitive, but you shouldn't just keep hitting the same notes. The best horror stories and films are the ones that have peace in-between the horror, the quiet before the storm. Whether you are filling in back story, or moving from one place to another, or giving us part of the world around us—a city, a dystopian world, an underground sex club—there are times we come up for air, because it allows for the tension, when we get back to it, to matter, to be more powerful.

In addition to twists, you have to give us some information over time. Look at the television show Lost. Every week they would give us more things to question, but over time things were also revealed. Let's figure some things out. It can be true, these facts, or they can be false, an unreliable narrator, but either way, make us think that we are learning and adding it all up, let us discover and fulfill some small needs as the story builds and changes and falls farther down the rabbit hole. And what happens when we the audience know something that the characters don’t? It helps that tension build. NO, don’t get in the car with your uncle, he’s a monster; NO, don’t let the policeman in, he’s the killer; NO, don’t get in that car, there’s a bomb in the trunk—all of that.

You can build tension through all of these methods, and many other ways. But it’s up to you to decide how to do that, the pace you will set, the dialogue you will use, the character you will reveal, the revelations and twists and stakes. Play around with it and see what works for you. How you tell your stories, how you create tension will vary from one author to the next—just think of the voices of Stephen King vs. Jack Ketchum, and Dennis Lehane vs. Elmore Leonard. You’ll find your way, and what’s the most exciting part of being an author is making it your own. You may be heavy on setting and easy on dialogue, you may love a lot of historical details and very little technology. The ways you use sex and violence will also define your voice. But whatever you do don’t play it safe—take chances, risk it all, and leave the blood, sweat and tears on the page.